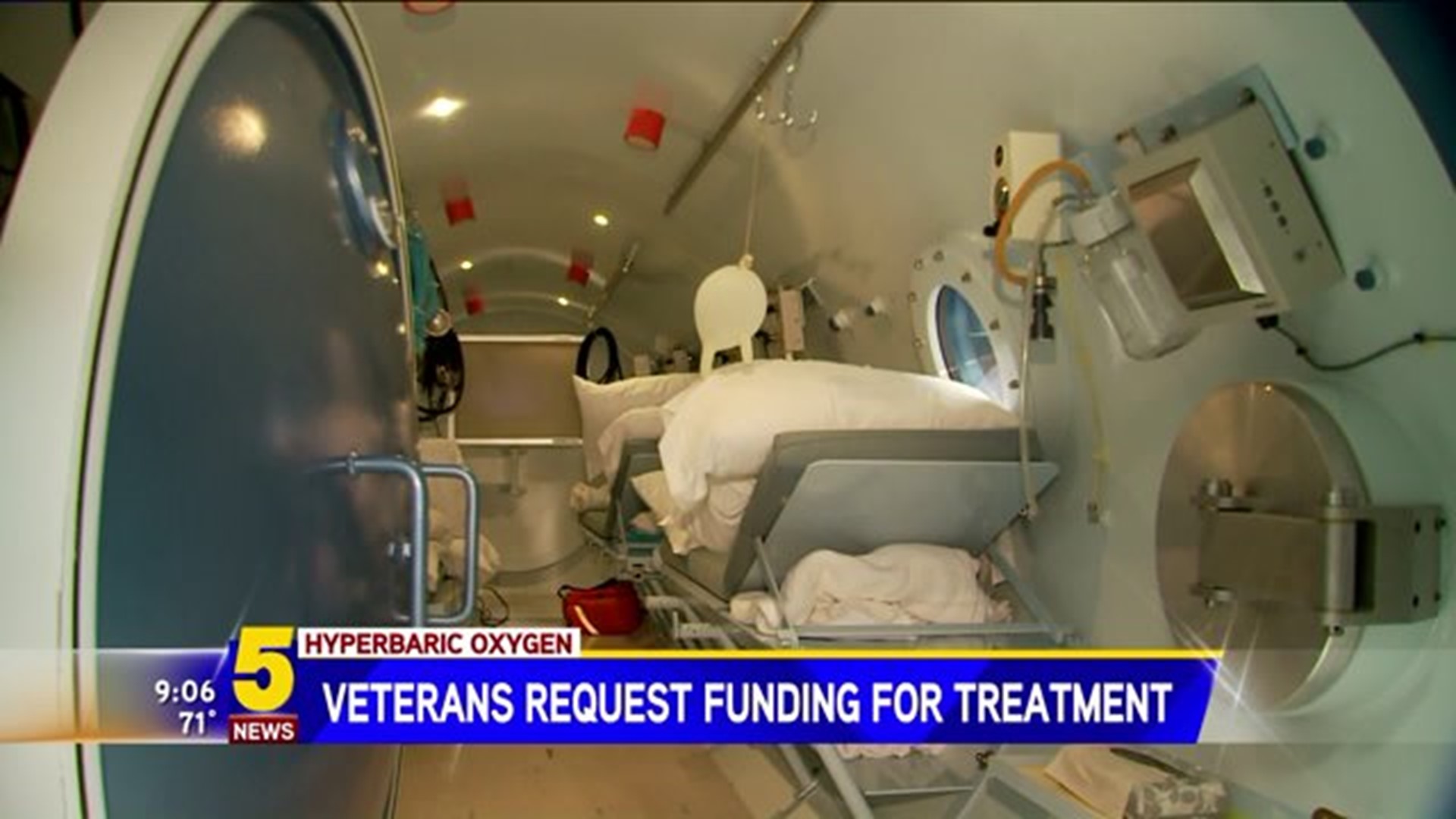 Vietnam War veteran Jim Hale reached out to Leding in hopes of finding state funding, after he heard about the benefits the therapy may provide. Hale said he met with one man who was healed of migraines following treatment.

“After one treatment, they were gone. That gives me a lot of hope, and I want that,” Hale said. “I was in a war a long time ago. What could it do for someone like me? I am curious.”

Almost 50 years after serving a tour in Vietnam, Hale said he continues to suffer from the trauma of war.

“Things that are hidden do a lot of damage,” Hale said. “So there is something going on, and I don’t know what it is. And it hasn’t been addressed. Sometimes, I am on the verge of tears. And that can be almost all the time.”

Hale said he currently uses his music as one of the few tools he has to filter out the memories of battle.

In a song Hale composed, he explains the fears and troubles he lives with each day.

Leding said he hopes to pass legislation, which would provide pure-oxygen therapy funding for veterans.

“This hyperbaric oxygen therapy, I think, does have promise,” Leding said. “It has been shown that it can be used to treat traumatic brain injuries.”

Although a previous attempt at passing such legislation failed, Leding believed it would be important to find a way to get another push through.

“We are talking about our veterans, these are people who put their lives on the line for all of us,” Leding said.

Until funding under a tight budget can be found, Hale said he would continue to search elsewhere for anything that may help veterans like himself, even if it means supporting a cause which will help others who experience the traumas of war down the road.

“For these younger veterans to get this attention, that gives me hope,” Hale said.

Leding proposed possibly creating a private donation bank through the State Treasurer’s Office, if legislation does not pass in 2017.