SPRINGDALE (KFSM) — Springdale Firefighters were called to an apartment complex Thursday evening on the report of a vehicle that had run into a building. Capt. ... 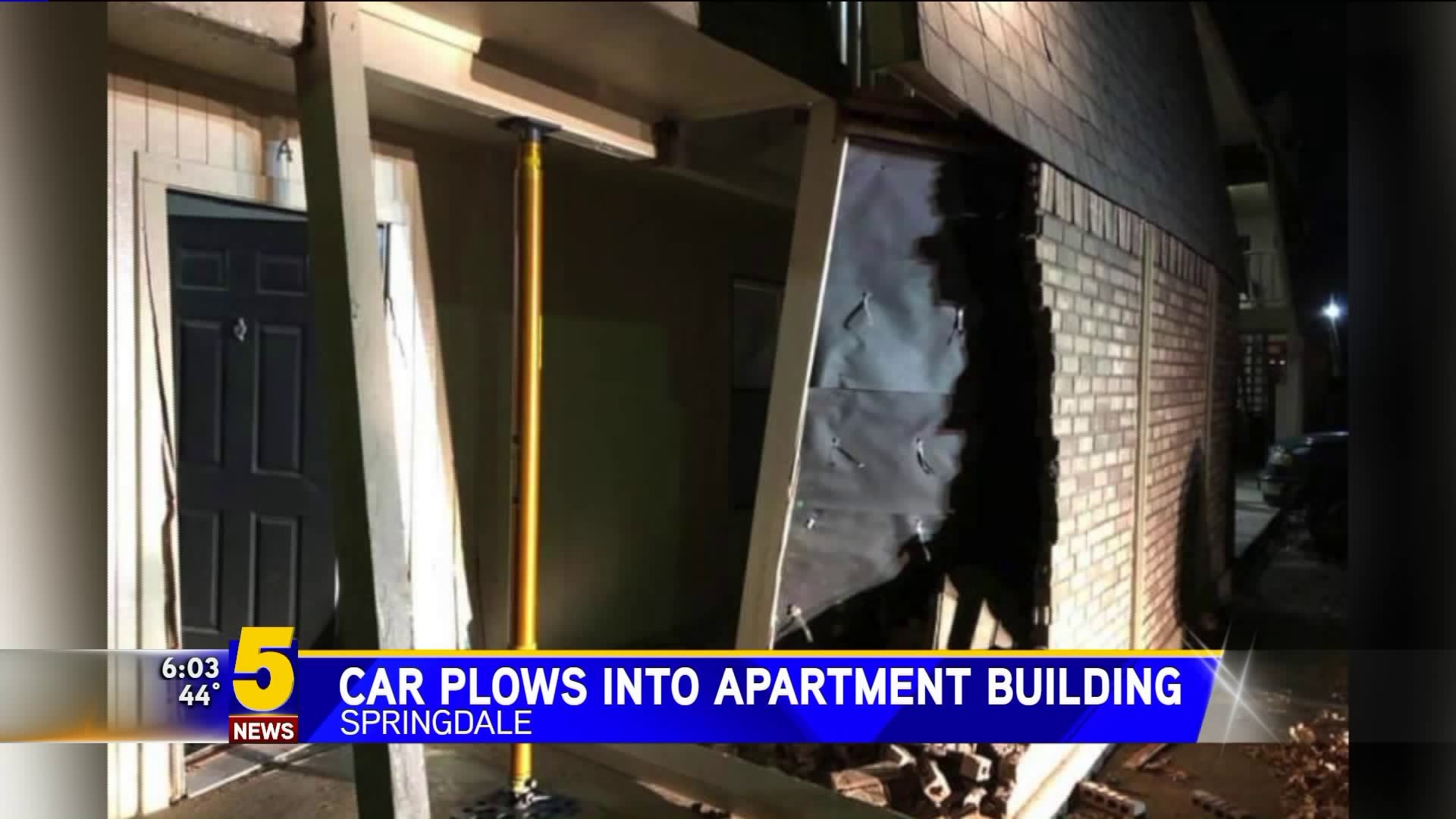 SPRINGDALE (KFSM) — Springdale Firefighters were called to an apartment complex Thursday evening on the report of a vehicle that had run into a building.

Capt. Nate Pianalto of the Springdale Fire Department said they received the call from the Springdale Police about 6:45 p.m. to respond to the Sunset Apartments on Kirsten Drive at West End Street in central Springdale.

Pianalto said a woman driving a mid-size SUV, possibly a Honda CRV, was parked in front of the apartment building and thought she had the vehicle in reverse. Instead, it was in drive, and she drove forward into the structure.

Neither she nor the occupants of the apartment were injured, he said.

The accident damaged the structure so one apartment's front door couldn't be closed. That apartment's occupant had to vacate the apartment for the night until repairs could be made, Pianalto said.

However, the building didn't sustain major structural damage, according to a building inspector who was called to the scene. The inspector gave the apartment manager the all-clear to obtain permits this morning to begin repairs on the building.

The manager had temporary struts that firefighters help install to shore up the front of the building, and the fire department also helped put in a paratech strut until the building could be repaired, Pianalto said.