Vaping-Related Illnesses Cause Concerns For Doctors In Arkansas

SPRINGDALE, Ark. (KFSM) — Eight people have died in the U.S. from vaping-related illnesses. We just recently learned that a teenager at Arkansas Children’s Nort... 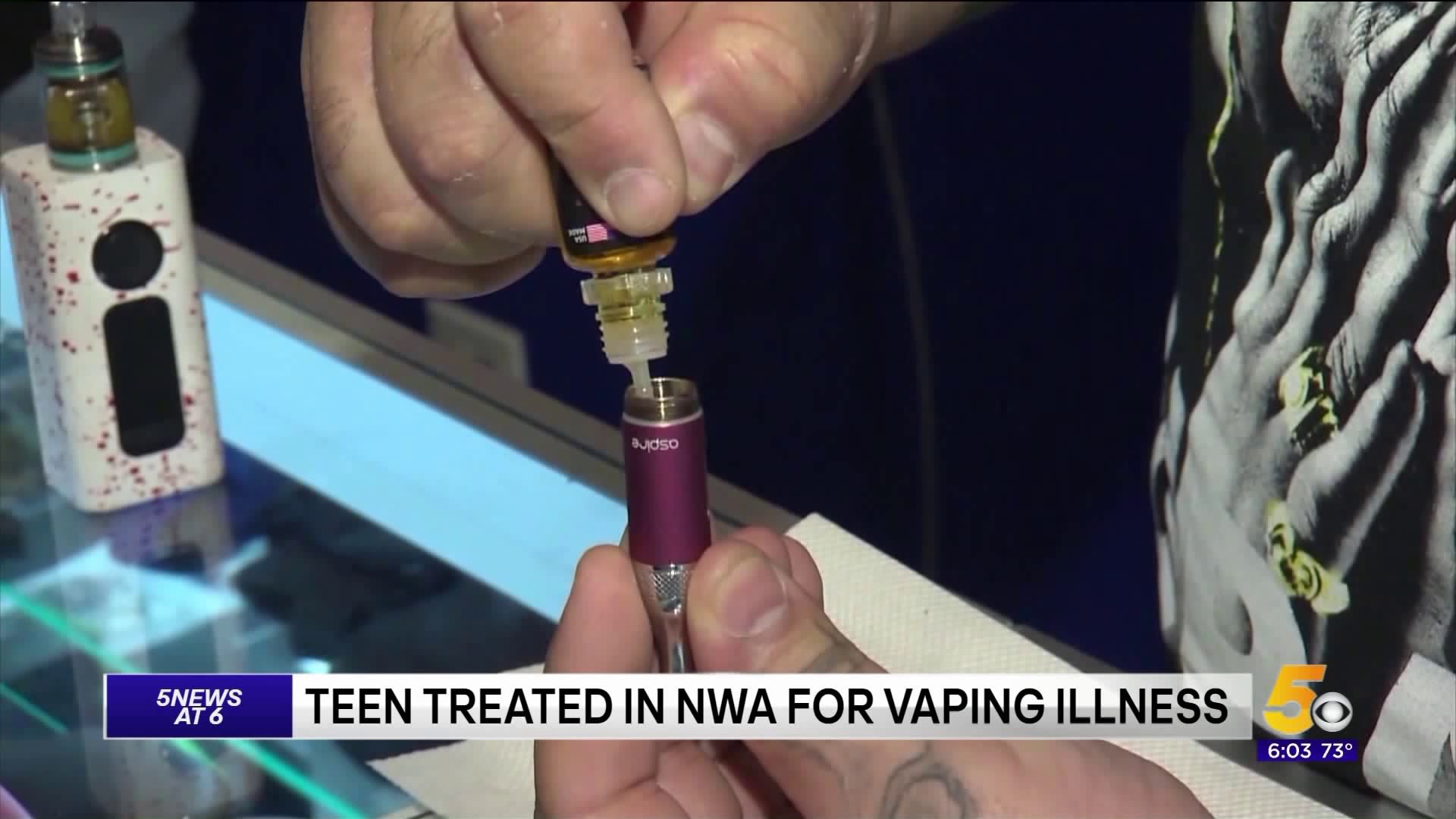 SPRINGDALE, Ark. (KFSM) — Eight people have died in the U.S. from vaping-related illnesses.

We just recently learned that a teenager at Arkansas Children’s Northwest this week was treated for a vaping related illness.

Northwest Health physician Dr. Carlos Vela Sandoval says this severe lung disease people are getting from vaping will cause permanent lung damage like what you would see in someone who has smoked cigarettes for years.

“Vaping is not as safe as originally thought. The features you see when you look at their functional lung test resembles those to a COPDer or a chronic smoker. That’s the reason why, this in my personal opinion, this should be banned for all children,” he said.

Dr. Vela Sandoval says vaping is an industry that’s still not well regulated and there are a lot of black-market products. He says vaping is still so new we don’t know the long-term side effects.

“I don’t think it’s a safer option. If you want to quit smoking, I mean there are other ways, but I don’t think vaping should be offered as an alternative to stop smoking.”

One Northwest Arkansas man who smoked cigarettes on and off for more than 30 years says vaping helped him quit smoking once, and he’s about to quit cigarettes again. He says when he vapes, he feels better than when he smoked.”

Walmart announced today they will stop selling e-cigarettes at its’ stores along with Sam’s Clubs because of so many illnesses.

In July the retail giant raised its minimum age to 21 to buy all tobacco products including e-cigarettes.