FORT SMITH (KFSM) — Truck drivers in our area are battling more than just vehicles, they are also fighting the criminal enterprise that flies under the ra... 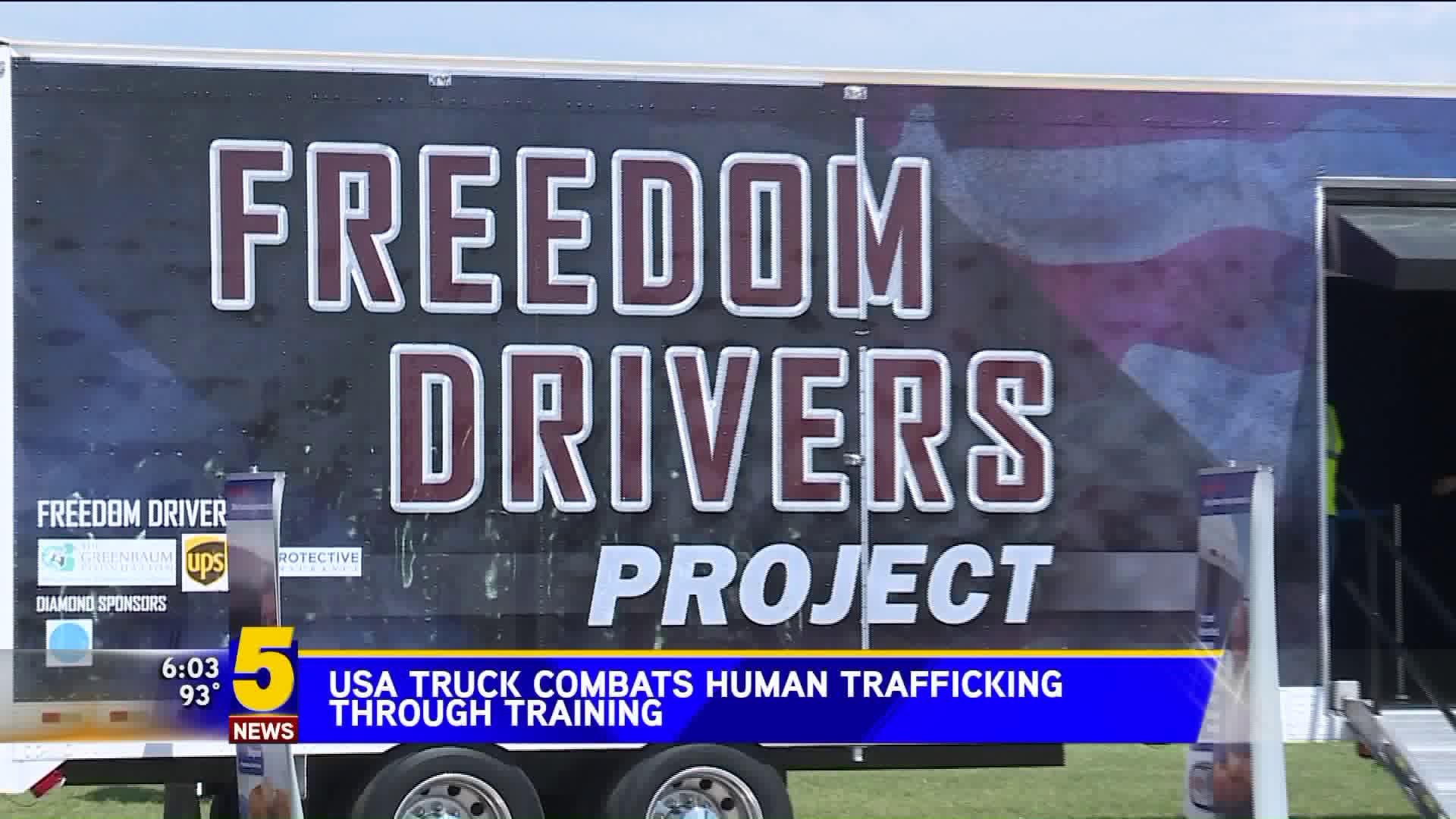 FORT SMITH (KFSM) -- Truck drivers in our area are battling more than just vehicles, they are also fighting the criminal enterprise that flies under the radar in our communities known as human trafficking.

On Wednesday, USA Truck in Van Buren continued its commitment to educating its employees and the public about it by hosting the Freedom Drivers Project (FDP), which was put on by Truckers Against Trafficking (TAT).

FDP is a mobile exhibit that contains several different features including a training video on how to spot human trafficking, special displays that illustrate personalized stories of survival, and the successes truck drivers have had in saving lives.

"So we are telling these stories to inspire drivers, to inspire companies, to 1). This is happening; 2). you have a role that can really make an impact,” explained Helen Van Dam of Truckers Against Trafficking.

According to TAT, there are upwards of 573,200 people who have received TAT training, which has resulted in the identification of 570 likely human trafficking cases.

Since then, they have implemented TAT training into several aspects of their company, specifically, orientation for new employees.

5NEWS talked with one USA Truck driver from Dallas who has been through the training who explains how he does his job differently now.

“I’ve been more vigilant, definitely paying attention to a lot more things around me than I used to,” said Thomas Anderson.