VAN BUREN (KFSM) — A student at the Van Buren Freshman Academy was caught bringing a handgun to the campus to give to another student on Thursday (Mar. 7), acco... 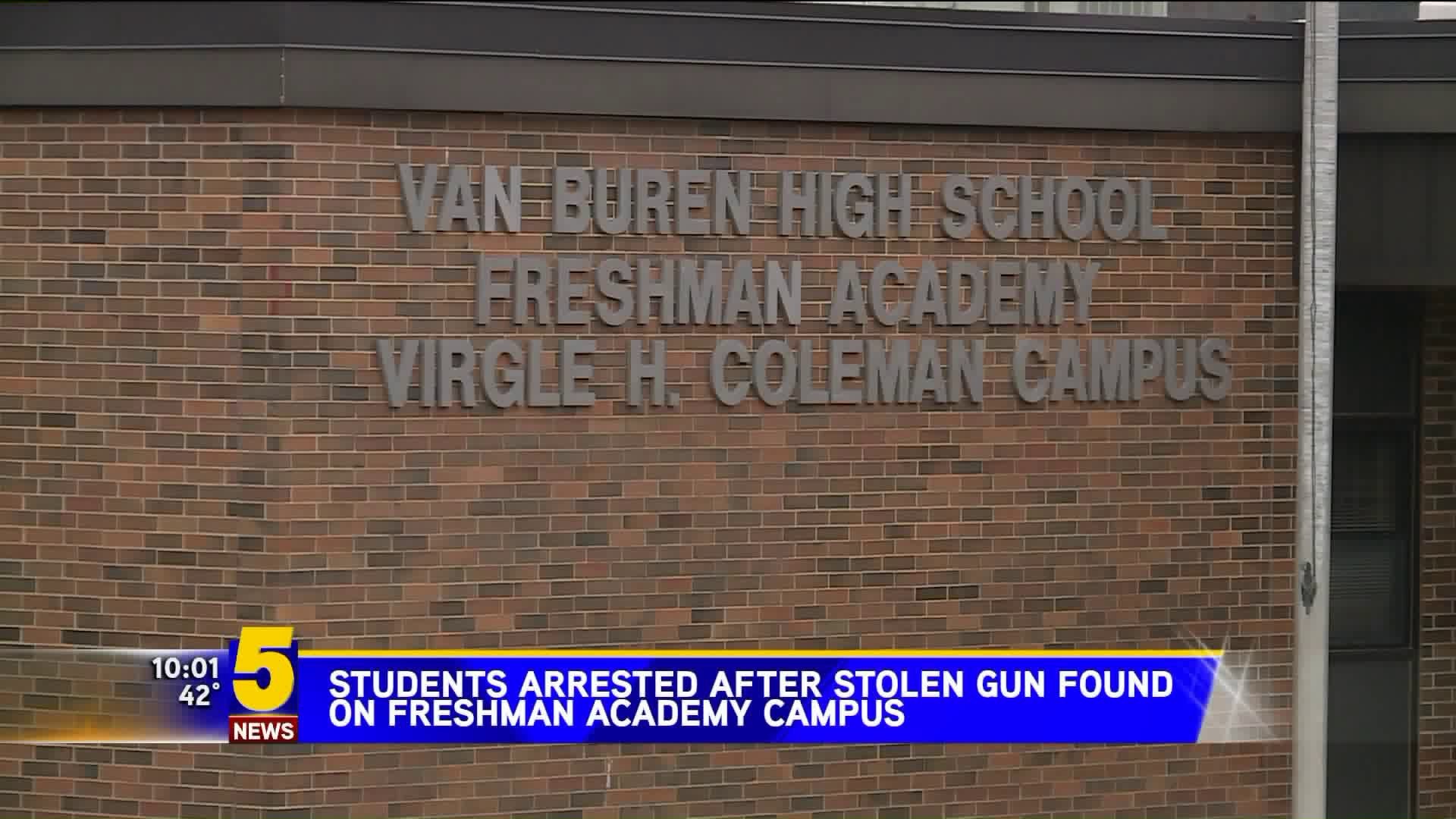 VAN BUREN (KFSM) — A student at the Van Buren Freshman Academy was caught bringing a handgun to the campus to give to another student on Thursday (Mar. 7), according to Brittany Ransom with the Van Buren School District.

Three juveniles, two males and one female, have been arrested in connection with the incident, according to Sgt. Jonathan Wear with the Van Buren Police Department

Ransom says the district immediately contacted law enforcement officers to handle the situation and that the students in question are no longer on campus.

The Van Buren School District sent out the following statement:

"The District will continue to work with law enforcement in its investigation of this matter. While we understand an issue of this nature raises many questions, the District cannot legally discuss student information. However, the District takes this incident very seriously, as the safety of our students and staff is our number one priority."

Sgt. Wear told 5NEWS the handgun was stolen, and it helped his department close a separate case.

The students with the gun made no threats to others, and the gun was not loaded, according to Sgt. Wear.

It was another student that informed the school resource officer that a classmate was in possession of a weapon.

"This could have been a different kind of situation had that student not stepped forward because all it would have taken was for that gun to get in the wrong hand and then you have some kind of an incident where students could be harmed," said Wear.

It's believed that the student that brought the gun to the Freshman Academy campus did so to show it off to other students.

One parent says she learned about the incident from her teen.

"I was not called, I was not notified, I was not told anything. It makes very angry to know that kids brought a gun to school and the school was not responsible enough to get a hold of me and let me know what was going on," said parent Sheila Cisneros.

No injuries were reported from the incident.

Sgt. Wear said they expect to arrest two more juveniles connected to the incident in the following days.

5NEWS will update this story as more information becomes available.