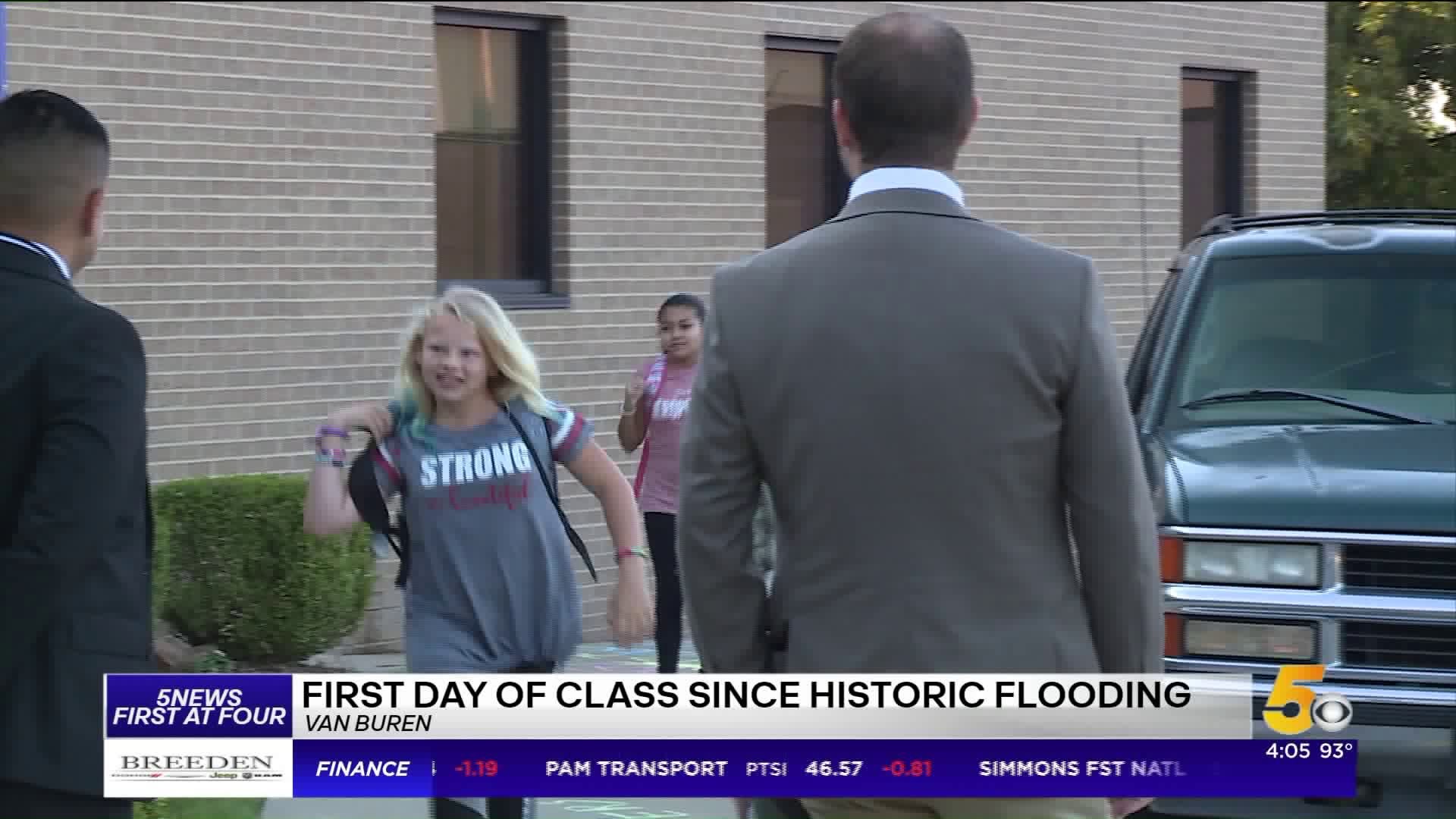 VAN BUREN, Ark. (KFSM) — In May the historic flooding in the River Valley cut the school year short for several schools.

On Wednesday (Aug. 14) Van Buren students went back to school for the first time since their unexpected last day. They had typical first-day nerves and excitement.

"I'm excited but nervous, I'm ready to see everyone. Excited to be back," seventh-grader Emely said.

"A little bit more nervous than excited," seventh-grader Whitley said. "I actually like starting over, but the school work, nope. I don't wanna, I'm so nervous about it."

The new school year brings a sense of normalcy, but these middle schoolers say they will always remember the 500-year flood.

"It was hard to drive because roads were closed down. Also, it was really sad because you would see all the posts about it and about how everyone was affected, and it was just sad," said eighth-grader Tacoma.

"What could have happened, there was a lot of uncertainty and we didn't want people to be in a position where they were having to transport their kids to school and there's so much going on and people were being affected in the county," Settle said.

Today the school celebrated the return of students and even had some hometown celebrities show up.

Van Buren Mayor Joe Hurst, the sheriff and members of the fire department were there to cheer students on as they walked through the doors for their first days.

"Now we're back at it. Life goes on and we wanna make sure that the school and all the students and teachers and everyone know that we're here for them," Mayor Hurst said. "We wanna lift them up, we wanna pump them up and do everything we can for them.