VAN BUREN (KFSM) — A King Elementary School resource officer is gaining worldwide attention after a video of him and his students doing the “Wiggle ... 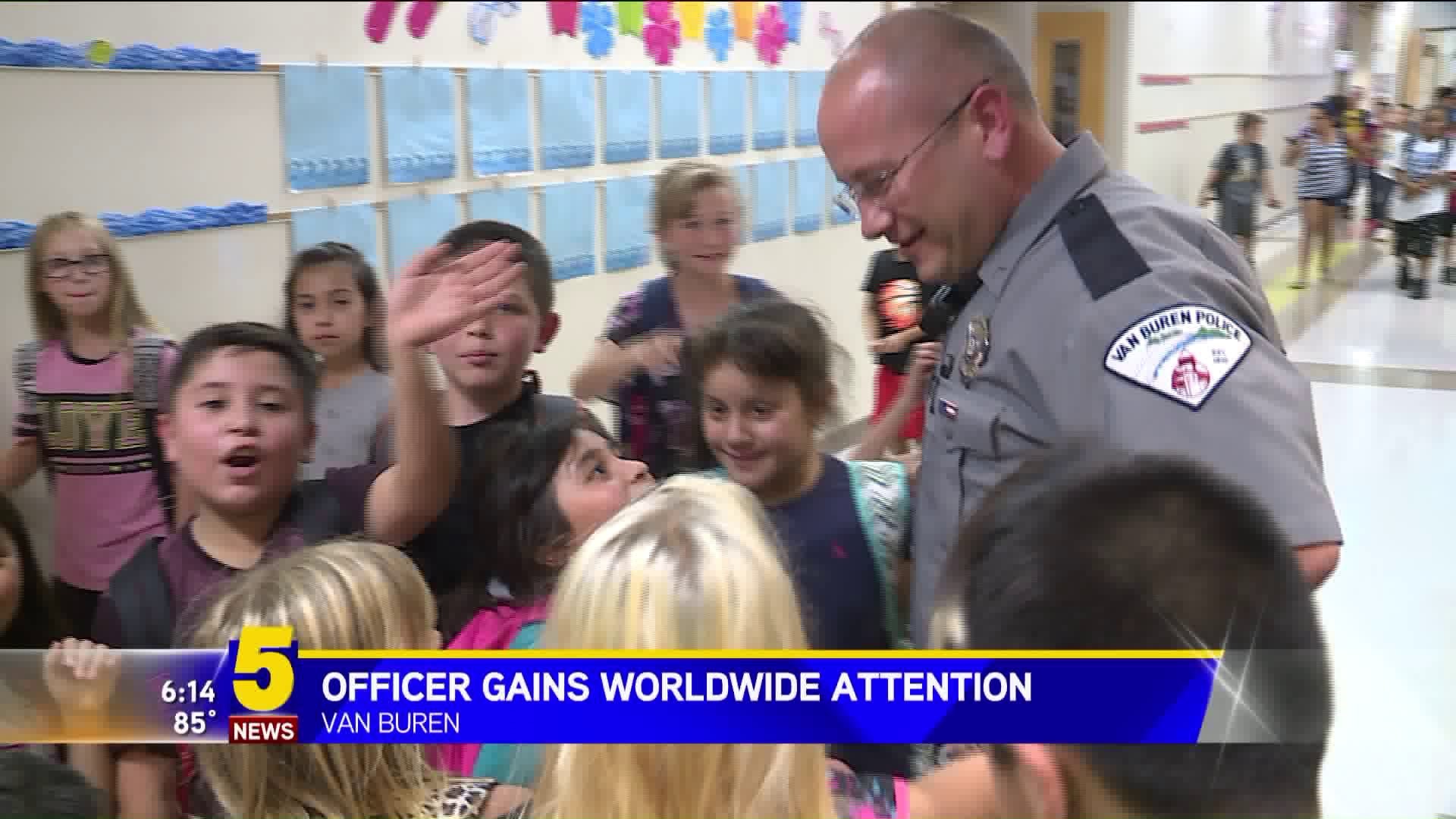 VAN BUREN (KFSM) -- A King Elementary School resource officer is gaining worldwide attention after a video of him and his students doing the "Wiggle Dance" goes viral.

"It's like having fun at work every single day," George Edelen, Van Buren Police Department said. "It's like being a kid again."

As he walks down the halls of King Elementary School, Officer Edelen, know as "Officer E" is greeted by everyone.

"I see most of the kids giving him high fives and really nice greetings," Ty Cobley, 5th grade student said. "He's loved by the school."

As part of a way to get students excited about the start of school, Officer E gathered the whole school to do the "Wiggle Dance."

That video has since gone viral, reaching nearly 95,000 views.

"We don't know all these kids personally," Edelen said. "We don't know what kind of background or where they've come from, what just happened before school or in the morning before school, but for at least a minute and a half, they got to have fun and forget about everything else and just be a kid."

Administration at King Elementary said the whole purpose of a resource officer is not just to protect the students,  but also develop a relationship with them.

"I do believe it is building a positive relationship," Renee Risley, principal said. "Our kids sometimes don't always have great experiences, so we want to create those positive experiences so they feel safe going to police officers and know that they're there to help them."

Officer E said he plans to continue bridging the gap between officers and students, while making every kid feel special.

"We don't want kids scared of us," Edelen said. "We want them to feel comfortable coming to us whenever they need help or want to talk to us about something. [We're] just letting kids know we're here for them for whatever problem they might have."

Officer E plans to make many more fun videos with students. The next one is set for the end of the week with Central Elementary School.

Edelen said he's had people from as far as Denmark reach out to him about the viral video.