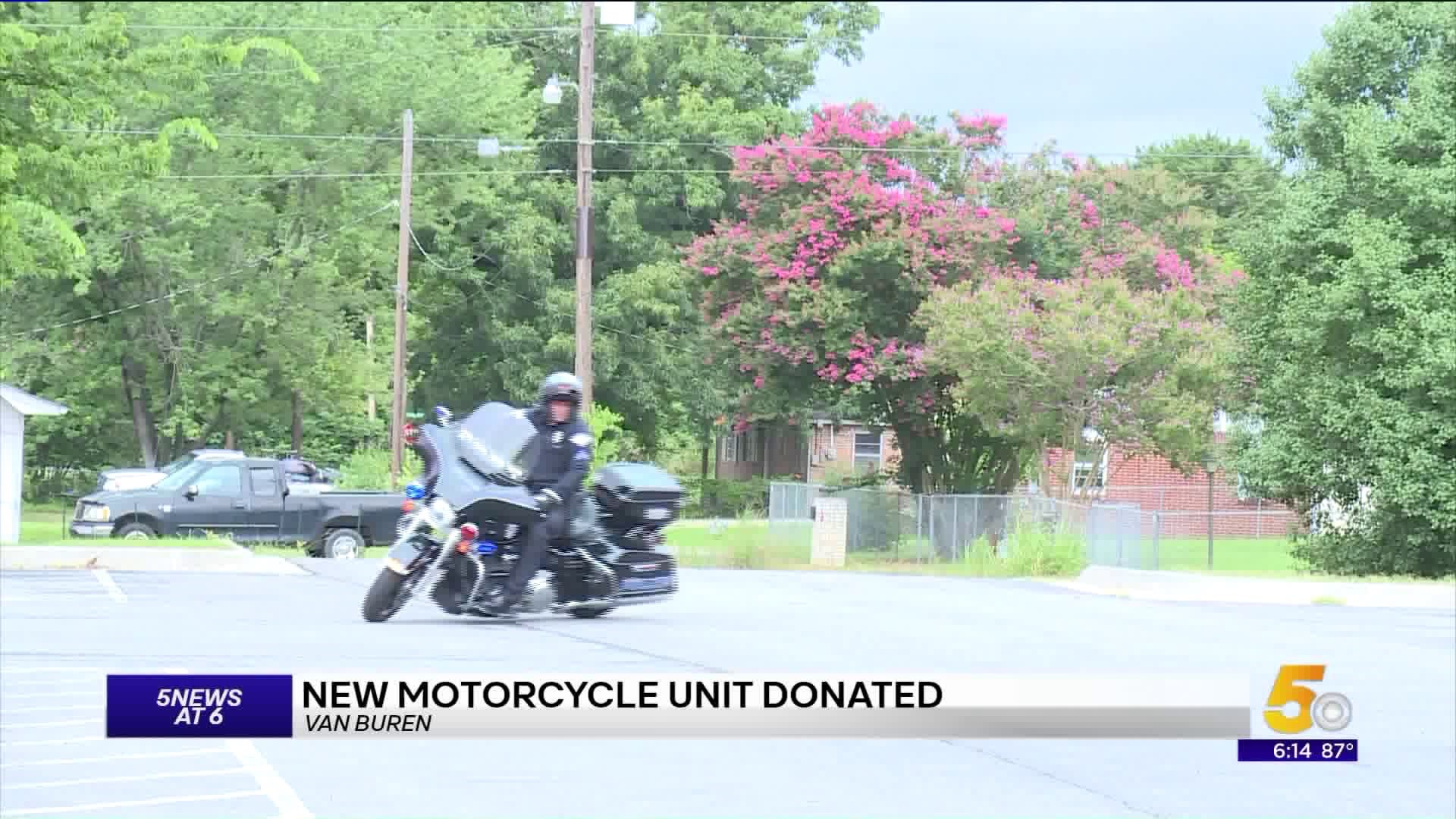 VAN BUREN, Ark. (KFSM) — For the very first time in its history, the Van Buren Police Department now has motorcycle officers on patrol.

"I've always thought that I would like to have a motorcycle unit in the police department here and our city is big enough to accommodate that," Chief Jamie Hammond said.

Hammond says the story goes back to about a year ago when officers answered a call to help a woman whose husband had fallen.

"She needed help getting him up off the floor so we respond to the house and just treated him with dignity, compassion and it just made an influence on her, it made a huge impact on her," Hammond said.

Ellen Melton was so touched by the help she received from the Van Buren Police that she wanted to give back, and that`s how she ended up donating a motorcycle unit to the department.

Corporal Charles Green was selected to operate the motorcycle. With about 20 years of riding experience, Green says he jumped at the opportunity.

"I'll be able to focus more on traffic enforcement," Green said. "Especially school zones and areas of concern like that. I know we've got a lot of construction in the area right now, so I'm able to primarily focus a lot of attention to that when normally a patrol would be able to do that."

The motorcycle was donated in honor of Melton's husband Bill who recently passed away.

Bill also happened to be a former motorcycle police officer in California.

Hammond calls the donation meant to be.

There's only one motorcycle in the fleet right now, but the chief hopes to add more in the future.