VAN BUREN, Ark. (KFSM) — A Van Buren man is missing in Mexico, according to his family and friends. Jessy Pacheco attended UAFS and then went to medical school ... 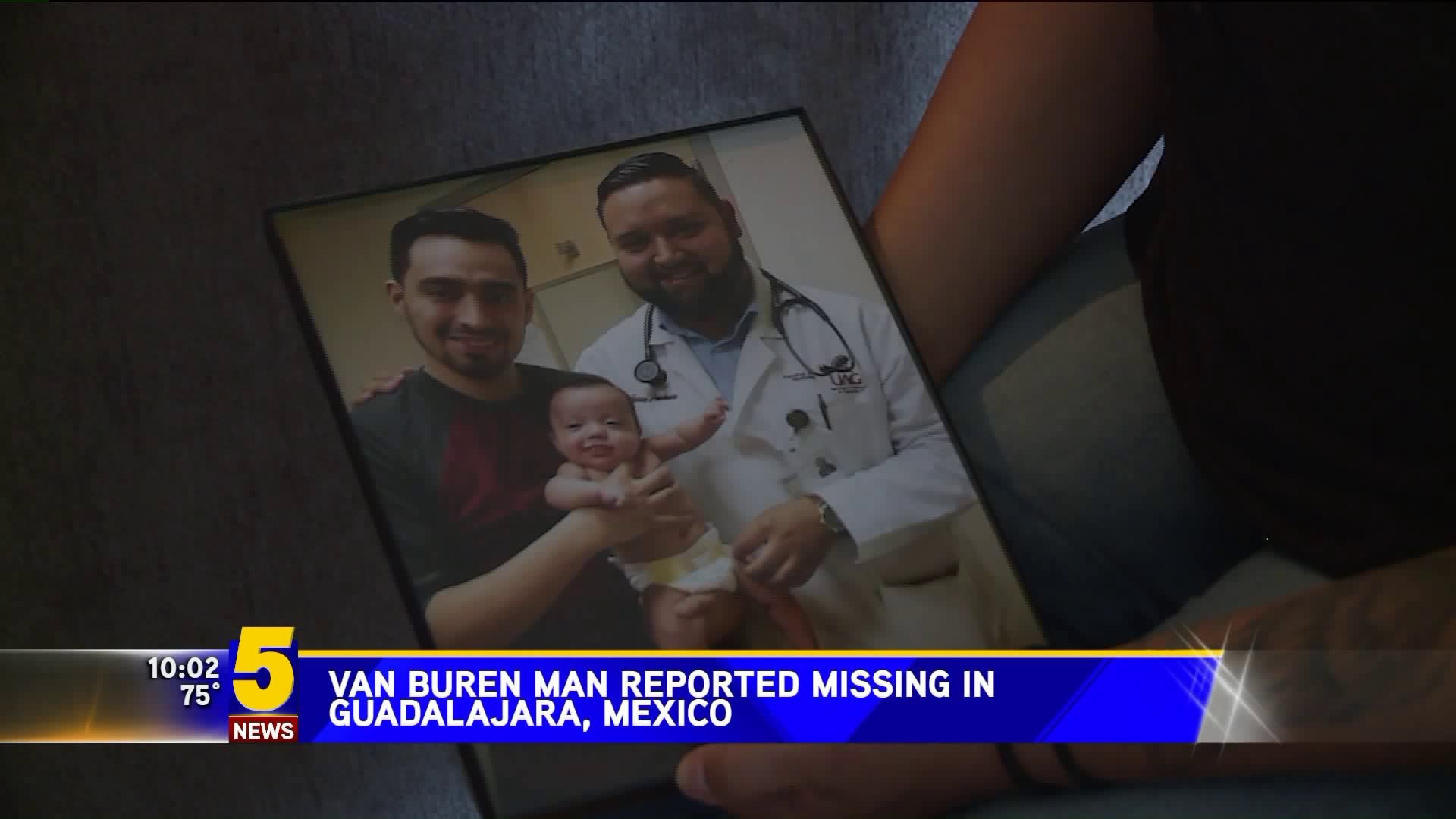 VAN BUREN, Ark. (KFSM) — A Van Buren man is missing in Mexico, according to his family and friends.

After walking in his graduation, Pacheco spent time in Mexico celebrating. His family says he was last seen on Saturday (June 15) at a club called Strana. The friend he was with was found dead, according to Pacheco's family.

His family theorizes that Pacheco was kidnapped, which has not been confirmed by officials, but they say they will do anything to bring him home.

Pacheco's cousins, Francine and Jeffrey Solis, say they have taken the search for their cousin into their own hands in the River Valley.

"If nobody’s gonna help us, we gotta help ourselves," Francine said.

Jeffrey contacted the U.S. Embassy and the FBI about his cousin's disappearance but says they have received little help so far.

"The US Embassy said that they couldn’t help because they have no jurisdiction there," Jeffrey said. "When I contacted the FBI to make this report they said that’s wrong because he’s a US citizen."

Jeffrey says his brother and Pacheco's mother are in Mexico searching for their loved one.

"They’ve been going to the police stations, hospitals, morgues, ya know everywhere and mainly the place he was last seen to see if there’s any clues or anybody that’s seen anything," Jeffrey said.

Francine says she believes social media may help lead them to Pacheco.

"I know that Jessy knows all of Van Buren and all of Fort Smith and you couldn’t go anywhere without Jessy not knowing someone," Francine said. "So I knew we had to utilize everyone that we knew and all the family that we have in Mexico and just everyone who has family in Mexico."

The family says they believe Pacheco has been taken.

"We’re just under the presumption that he has been kidnapped because they haven't found his body and they haven’t heard anything," Francine said.

The one thing they know for certain though is that they won't give up on looking for him.

"I mean even if we have to sell our house…anything," Jeffrey said.

Pacheco was supposed to return home from Mexico Tuesday (June 18) and begin his career as a pediatrician. His family has created a GoFundMe in hopes of helping finance their search for Pacheco.