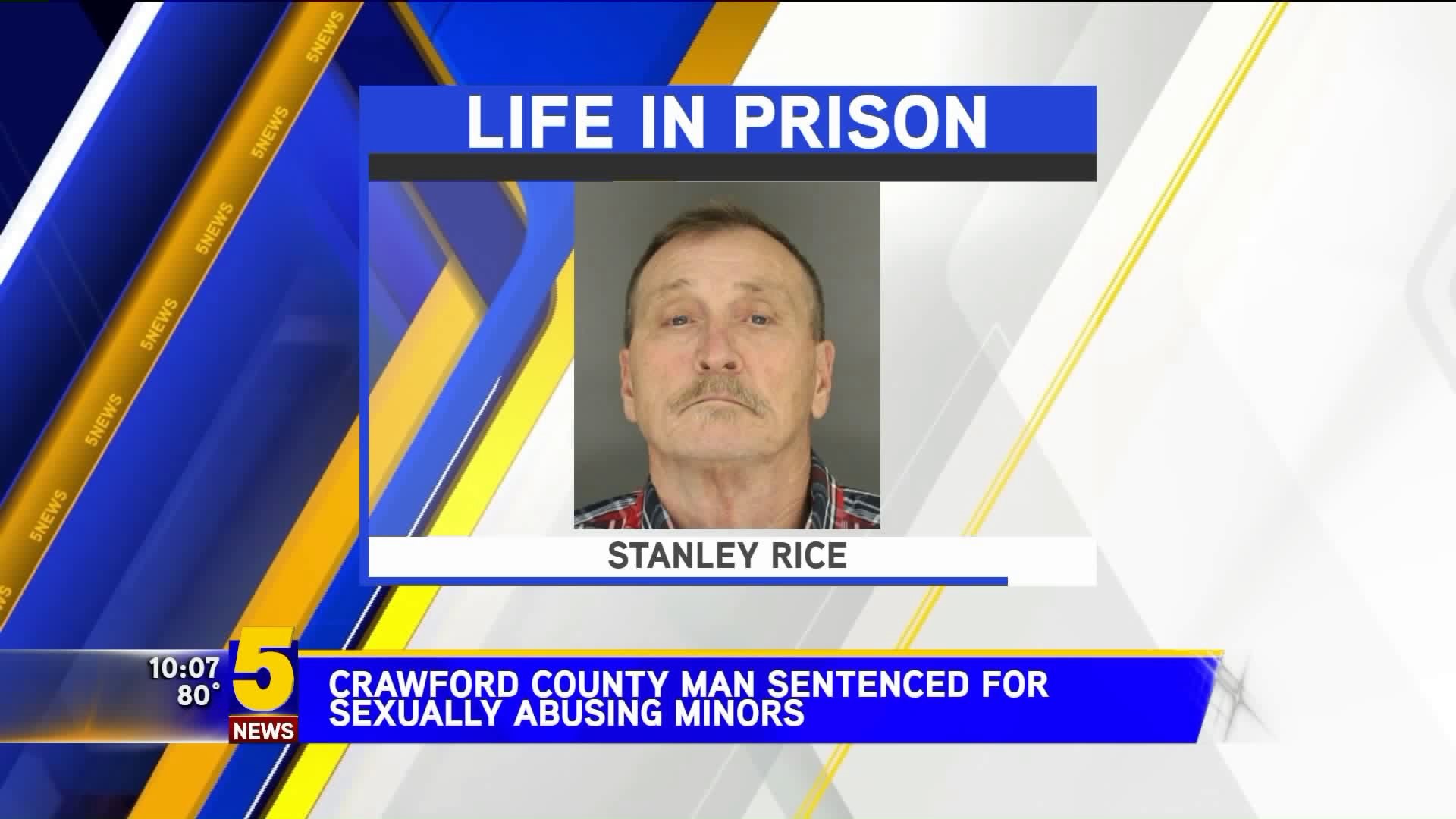 Stanley Rice, 59, pleaded guilty in February in U.S. District Court to two counts of transportation of a minor with intent to engage in criminal sexual activity.

The victims accused Rice of molesting them when they were young children and teens, according to court documents. One woman alleged the abuse lasted for 10 years.

Other victims said Rice often abused them when he was using methamphetamine.

Three other women also told investigators Rice abused them as children in a different state. One woman said Rice made the others watch when he molested them, according to court documents.

“This case is a great reminder of the important work that we do in our office and the great mission that we undertake here to ensure that justice is achieved," said Dak Kees, U..S. attorney for the Western District of Arkansas.

“This is especially true for these victims, who are among the most vulnerable members of our community.”

The Crawford County Sheriff's Office and FBI assisted with the investigation. Rice was prosecuted by U.S. assistant attorney Carly Marshall.

“Rice’s actions in sexually assaulting minors is incorrigible and it is unimaginable how these individuals felt,” Church said.