VAN BUREN, Ark. (KFSM) — Doorbell video surveillance captured the moment a man broke into a Van Buren family’s home, where he stole money being saved for ... 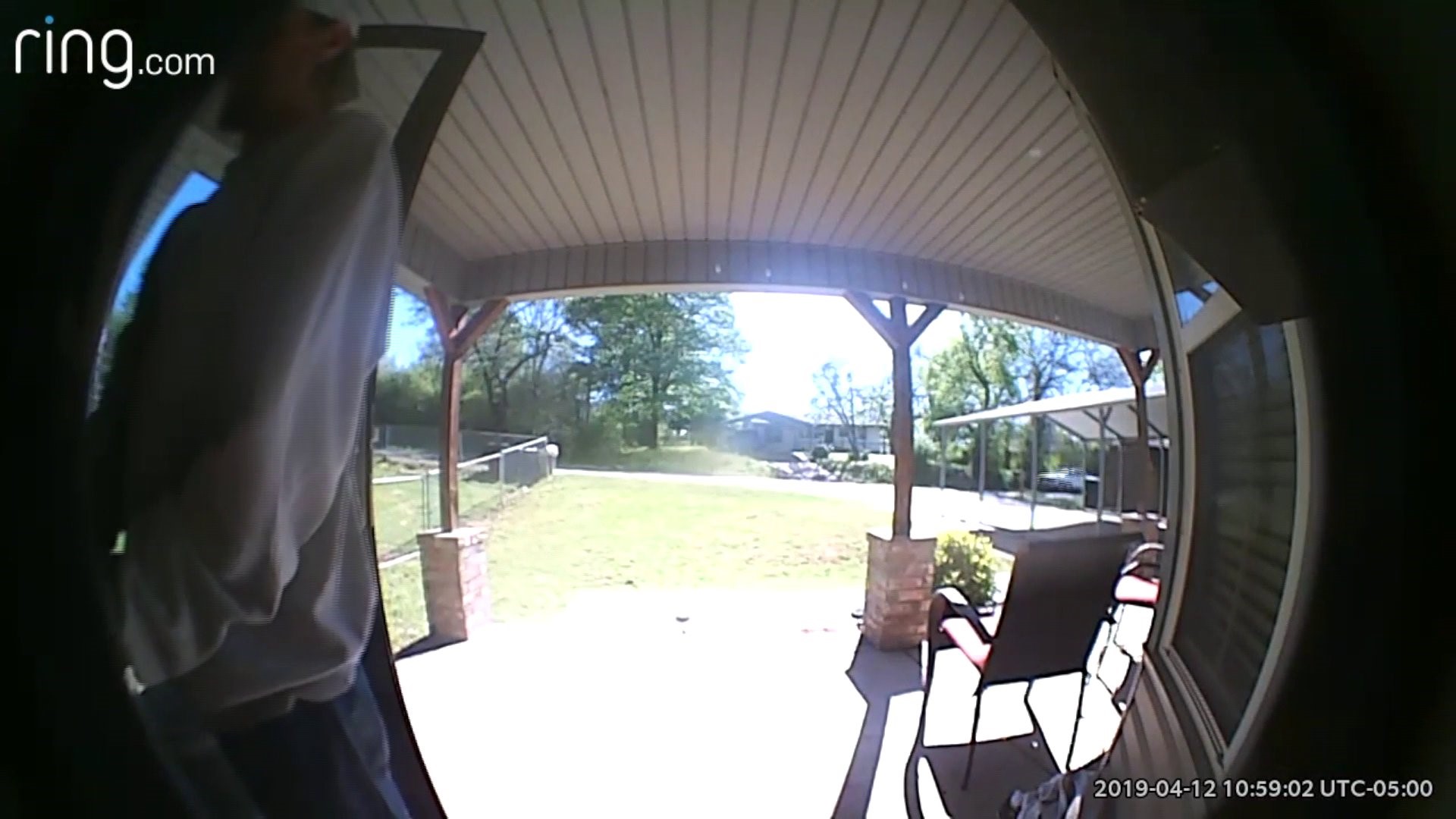 VAN BUREN, Ark. (KFSM) — Doorbell video surveillance captured the moment a man broke into a Van Buren family's home, where he stole money being saved for a very special trip for the family to Walt Disney World Resort in Orlando, Florida.

A couple had been fundraising for their two daughters to travel to a national cheer competition happening at Disney.

Sgt. Jonathan Wear with the Van Buren Police Department says an officer was dispatched to the couple's home on South 13th Street Friday (April 12). Amanda Davis told the officer she saw an individual break into her front door on her (RING) Video surveillance.

The video shows a white man using a tool to pry open the front door and entering the residence. Sgt. Wear says the suspect was in the home for only five minutes but managed to steal a PlayStation 4 and $2,400 being saved for the girls trip to Disney.

"The victim in the burglary was not home at the time, a male suspect walks up to the front door and doesn't realize there's a RING doorbell on the front door, so this RING doorbell is catching him on video as he's breaking into the house," Sgt. Wear told 5NEWS.

Police are still searching for the suspect.

Anyone with information about the crime is asked to call the River Valley Crimestoppers at 7-9-0-TIPS, or the Van Buren Police Department.