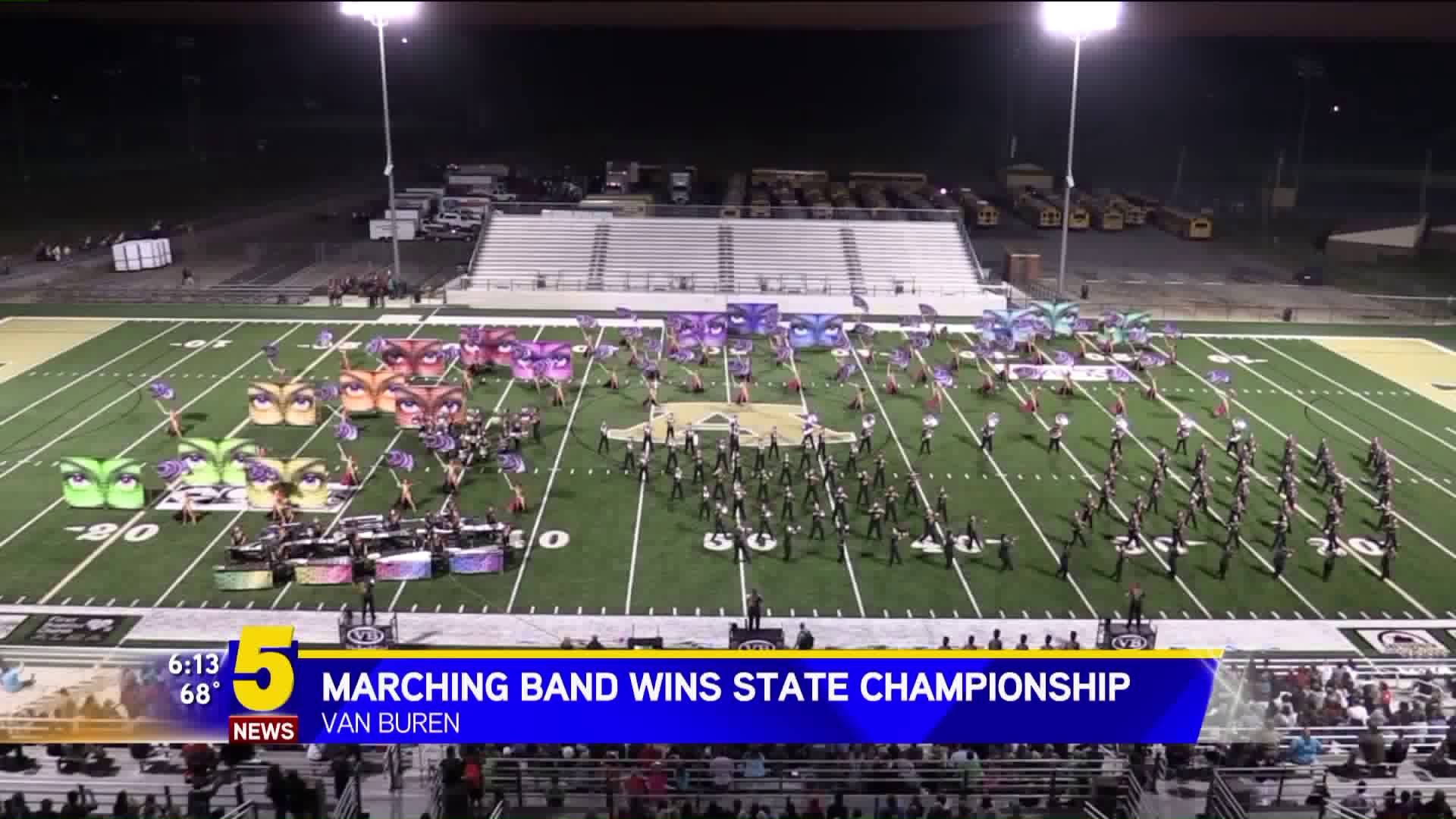 VAN BUREN (KFSM)  — The Van Buren High School Marching Band has won the state championship after hundreds of hours of practice and dedication.

"It's just a feeling of your heart dripping in the best way that you can possibly describe," Garrett Spears , band member said. "Just knowing that you're the last man standing in a group of already exceptional musicians of the state is truly unique as much as it is remarkable."

Van Buren residents said it takes practice, precision and dedication for a 220 member band to nail a performance and the band did just that.

"It was unreal," Ariana Chambers, band member described. "I don't think we've ever really played in that big of a venue and it was just surreal because... there's hundreds of people."

Band Director Ron Smith said this win will be one students will always remember.

"It definitely will help them if they are seeking music scholarships (or) band scholarships when they go to college. Now, they'll have that name recognition, not just in the state of Arkansas, but around the southwest region," Smith added.

Band members said realizing they won is an unforgettable memory.

"When we heard second place being announced and it wasn't us, everyone was in so much shock because it's been such a long journey and finally paid off in the end here," Allison Spears, band member said.

The students beat 70 other Arkansas high school marching bands and Smith said Van Buren's is the smallest in the conference.

The members of the marching band will be receiving championship rings.