Van Buren Church Back “At Home” After Fire

VAN BUREN (KFSM) – A Van Buren congregation is back at home after their church was destroyed in a fire last year. “Everyone’s just got an extra exci... 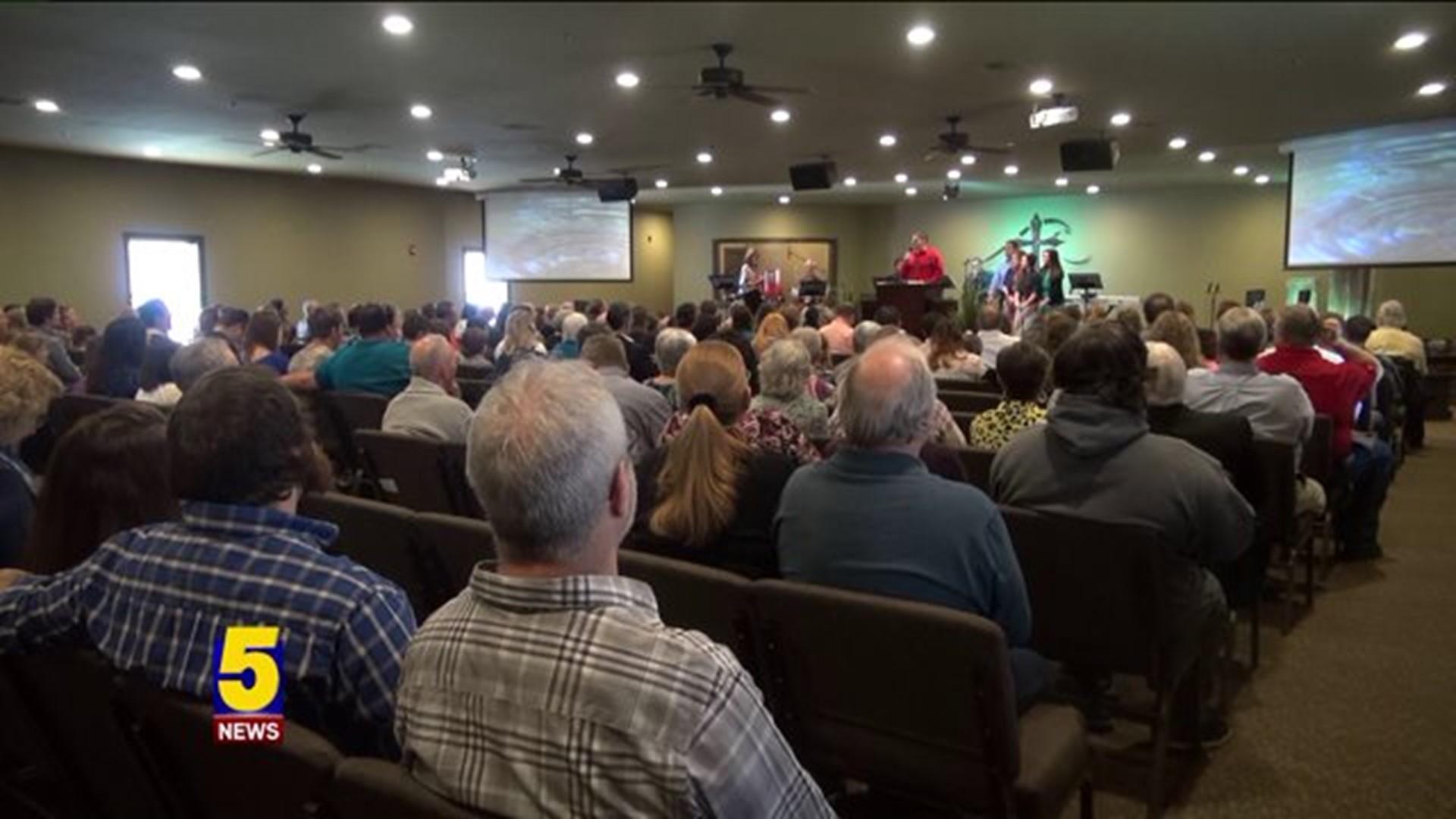 VAN BUREN (KFSM) – A Van Buren congregation is back at home after their church was destroyed in a fire last year.

On Nov. 10, the fire destroyed the roof of the Current Church, leaving damage inside.

Since then, Mt. Olive Church, located less than a mile away, has been their temporary home.

"We formed a great relationship with Mt. Olive and they'll always be part of the family,” Hardcastle said.

“The Christian community in the whole area has been very gracious to us. So it's been wonderful,” church member Chris Hughes said. “We’ve been really surprised to see how fast they stepped up."

Hardcastle said he was at peace throughout the transition. But with the doors of the church now open, he's full of mixed emotions.

"It's hard to describe, I was telling one of the guys -- it's almost like I’m preaching my first message today. It's kind of a nervous excitement inside,” he said.

As members stepped inside, they noticed several changes.

"Now we have the recessed lighting. We have a brand new stage with a whole new drum room. It's just a whole new atmosphere. The chairs are totally different. We had pews -- and so now we've taken those out and put in chairs so we can have a little bit more people and it's more comfortable,” Hughes said.

But the pastor said the building wasn't the only thing that went through a transformation.

"It's just made us all stronger. We just give the glory to God. We just thank him,” he said.