VAN BUREN (KFSM) — Kimberly Holman, an assistant principal at Van Buren High School, has been chosen by a committee for a Congressional Medal of Honor Exc... 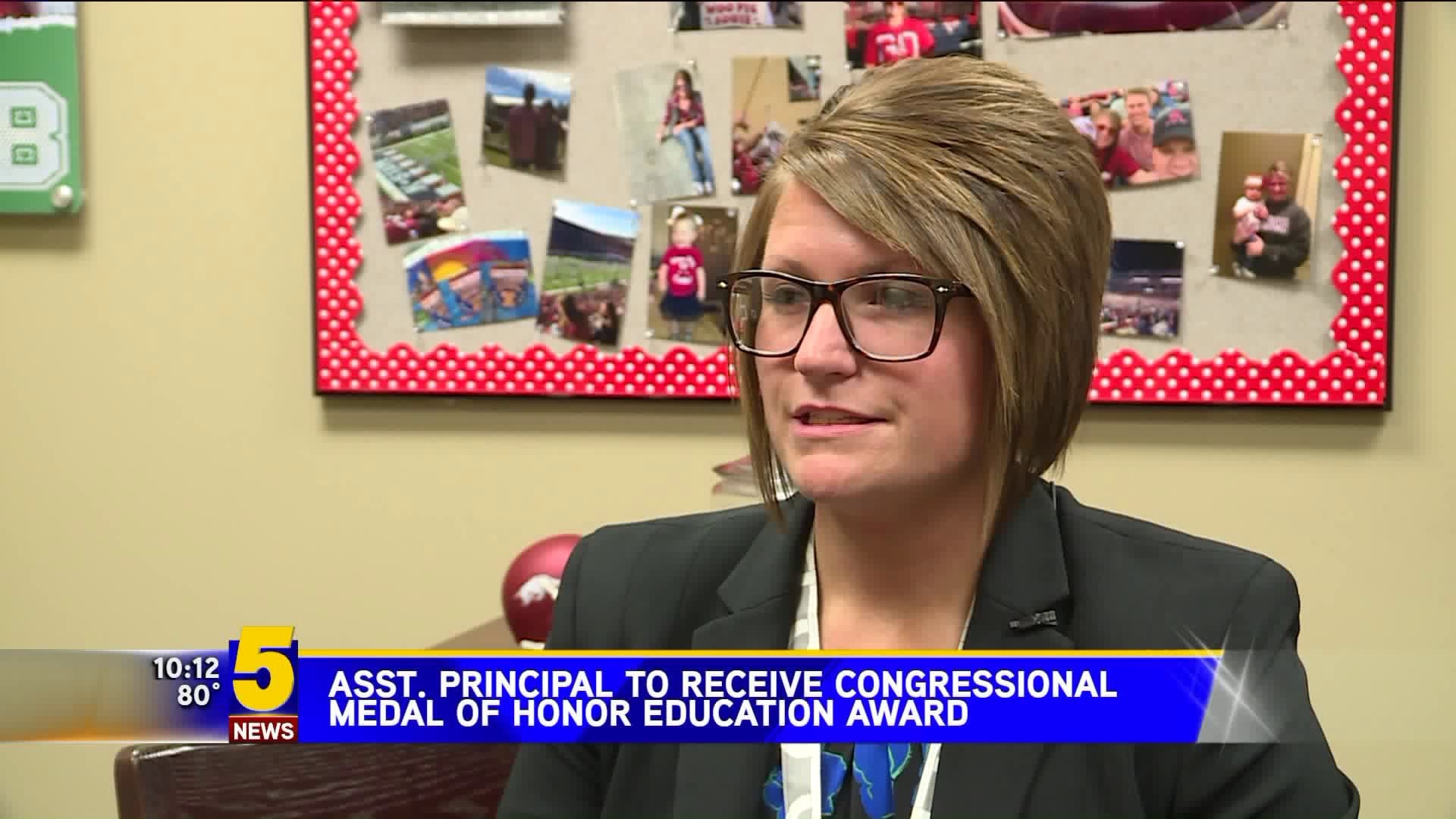 VAN BUREN (KFSM) -- Kimberly Holman, an assistant principal at Van Buren High School, has been chosen by a committee for a Congressional Medal of Honor Excellence in Character Education Award.

Only four educators from across the United States are chosen for the award each year.

Holman will be the first educator in Arkansas to receive the award.

Prior to being the assistant principal in Van Buren, she was a ninth-grade teacher at Ramsey Junior High in Fort Smith. While she was there, Holman created the Ramsey Service Squad. The program helped teach kids about their community's needs and the resources available that they could use to help, including working with local outreach programs as the River Valley Food Bank, the Community Services Clearing House, and the Christmas Honors Program.

"Teaching civics in Ramsey, I realized very very early on that it was never going to be good enough for me to just talk about being a good citizen. I really felt like I needed to be able to show my students and lead by example, so I created an organization at Ramsey called the Service Squad that was for our freshmen students and it was an organization built on community service."

Holman will fly to Los Angeles in October to receive the award and have dinner with veterans who are recipients of the Medal of Honor.