(KFSM) — The U.S. House of Representatives has passed a bill which would allow banks to provide services to businesses in the country’s legal marijuana industry... 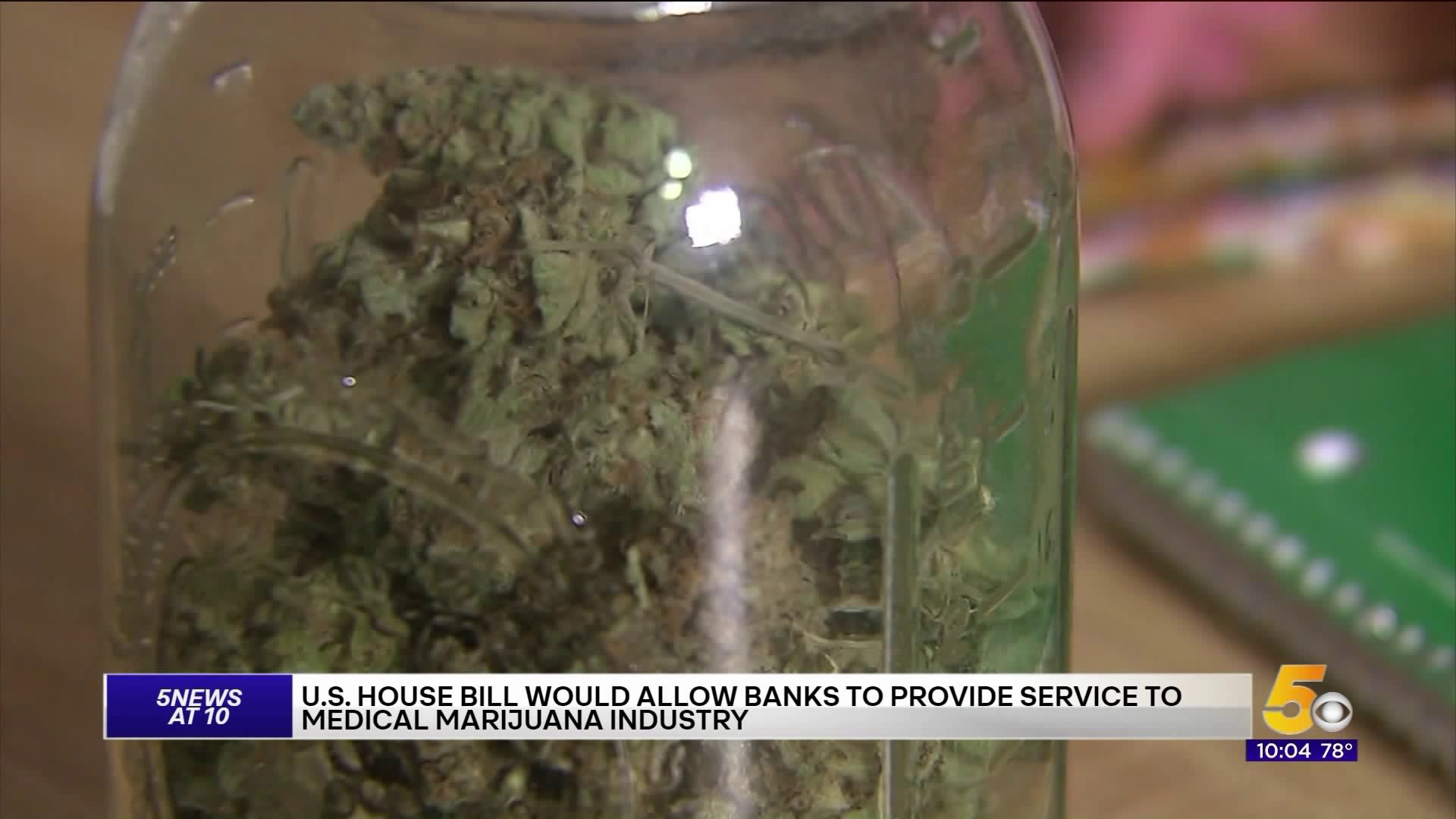 (KFSM) — The U.S. House of Representatives has passed a bill which would allow banks to provide services to businesses in the country’s legal marijuana industry.

Two of Arkansas’ four Congressmen voted for the bill, which now heads to the U.S. Senate.

The bill – known as the SAFE Banking Act – received 321 votes for, 103 votes against, with nine members not voting. U.S. Rep. French Hill, R-Little Rock, and Steve Womack, R-Rogers, voted for the bill. U.S. Rep. Bruce Westerman, R-Hot Springs, voted against the bill, and U.S. Rep. Rick Crawford, was one of the nine who did not vote on the bill.

"Any legitimate and legal enterprise I think it’s essential that our banking community be able to participate in it for a number of reasons," Womack said.

Arkansas voters in 2016 approved the use of medical marijuana. Nationwide, 33 states and the District of Columbia have legalized the use of marijuana for recreational or medical use.

"You have tax consequences that would result from it. It becomes more of a cash business which creates a safety and security problem in and of itself and I just think because it’s been voter-approved and is a legal business opportunity that we should not deny our banking operations to engage in normal banking practices for those purposes," Womack said.

Erik Danielson, one of the owners at The Source in Bentonville, says they currently work with a bank in Fort Smith, but this new bill could increase the dispensaries options.

"We had several accounts shut down before we found a bank that would work with us," Danielson said. "And another thing that’s really important it will allow cannabis business’ to borrow money, finance projects so it’s not just cash out of pocket for expansions or remodels or things like that."

Danielson says the Safe Banking Act is a positive step forward for the industry, but the best thing to come out of this bill would be if it pushes lawmakers to legalize medical marijuana at the federal level.

"You see black market operators who see no regard for people’s health or safety, which a perfect example is this whole vaporizing crisis that’s come forward," Danielson said. "We as an industry want regulation so these black market people who are putting these products in the market will get pushed out of the business."

The Arkansas Banking Association has come out in support of the bill.