ALMA, Ark. (KFSM) — A Missouri fugitive on the run since 2015 was captured Monday (July 8) in Crawford County, according to the U.S. Marshal’s offic... 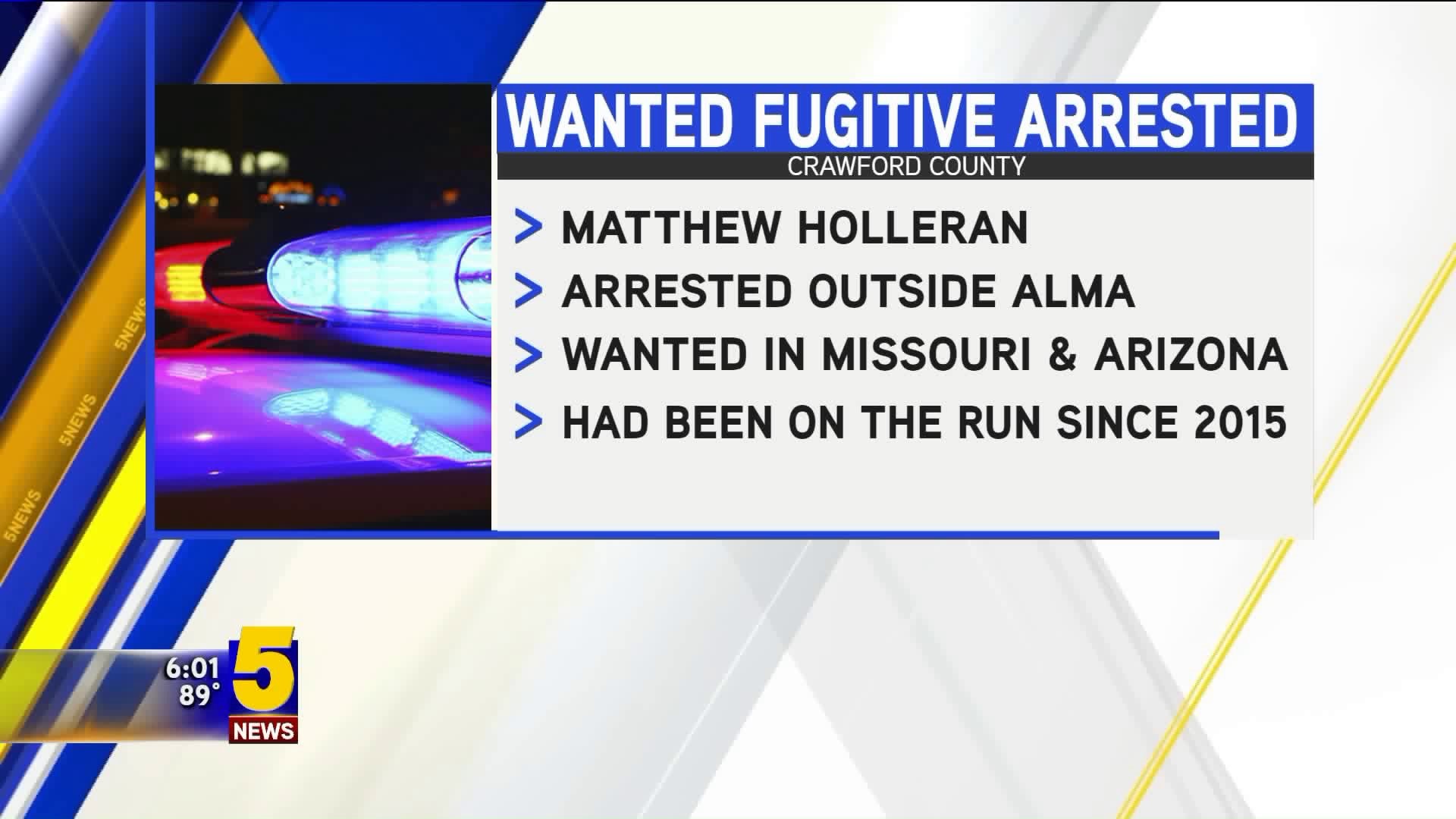 ALMA, Ark. (KFSM) -- A Missouri fugitive on the run since 2015 was captured Monday (July 8) in Crawford County, according to the U.S. Marshal's office.

Matthew Holleran, who officials believe at one point faked his suicide, had been wanted by authorities in Missouri and Arizona for unlawful possession of a firearm, resisting arrest, and assaulting law enforcement.

He was arrested without incident around 11:40 p.m. on Lamb Road.

Authorities closed in on Holleran multiple times of the last several years but never were able to capture him, according to the Sean Coyne, supervisory deputy U.S. Marshal.

Holleran was believed to have also fled to Mexico at one point to escape arrest.

That triggered what U.S. Marshals describe as an "intensive" period of investigation and surveillance that ultimately led to Holleran's arrest.

According to the Associated Press, Holleran staged his own suicide in 2001 shortly before robbing a bank in Missouri.

St. Charles police said Holleran tried to stage his own suicide with a female friend by pretending to jump off a Missouri River bridge in the St. Louis suburb, according to the AP.

At that time, police fielded two phone calls saying two people jumped from the span, where authorities found only men's clothing. When authorities checked the name of one of the callers, they realized it was an alias of Holleran, who was a house-arrest escapee facing charges of stealing, forgery and leaving an area accident scene, the AP reported.

When police couldn't locate anyone during a three-hour search using boats and a helicopter, they visited the first caller who reported the jumps. Holleran's 22-year-old female friend admitted the hoax, authorities said, according to the AP.

Its mission is to serve western Arkansas residents by locating and arresting fugitives wanted for violent crimes.