FAYETTEVILLE (KFSM) — Hundreds of students at the University of Arkansas came together to remember the life of Cole Pangburn on Monday night (Sept. 12). P... 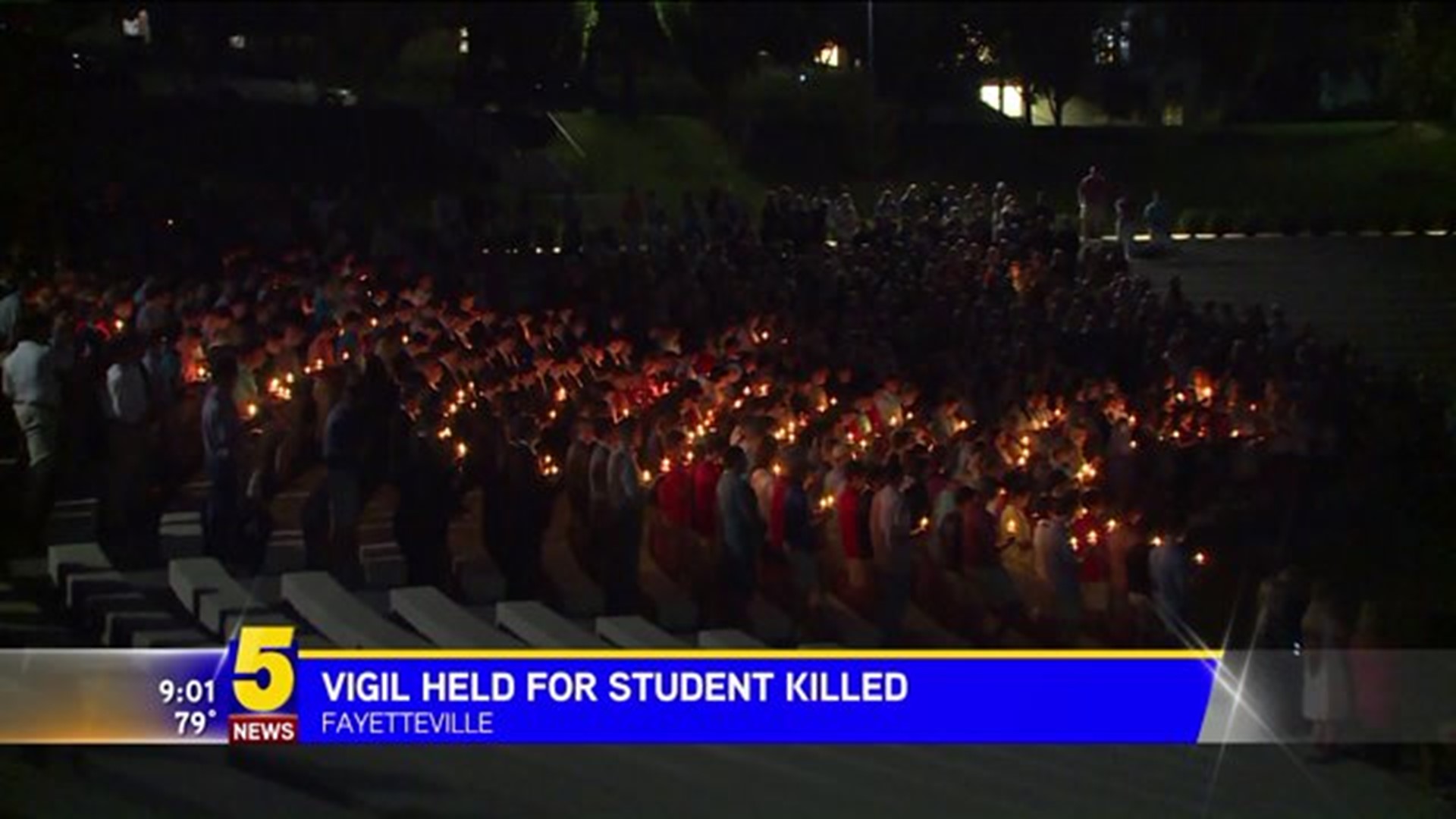 FAYETTEVILLE (KFSM) -- Hundreds of students at the University of Arkansas came together to remember the life of Cole Pangburn on Monday night (Sept. 12).

Pangburn, a member of the Sigma Nu fraternity, lost his life after he fell off his scooter in a late-night accident.

At a candlelight vigil his fraternity brothers,  and other students, gathered to pay their respects.

"Tonight our goal is to honor [Pangburn] and continue to let his light shine," said Parice Bowser, director of Greek Life at the University of Arkansas. “We wanted to remember Cole in a special way. He was a very special, and valuable, member of our Greek community."

Bowser, and several others, helped organize the candlelight vigil, which took place at the Greek theater on campus.

Many were seen crying at the vigil. Friends of Pangburn played songs and told stories about his life.

To honor Pangburn’s life, many encouraged the university to support making helmets mandatory while riding scooters. A petition received thousands of signatures.

"I would like to encourage our students at the University of Arkansas to wear helmets," Bowser said. "That is something that we will be pushing in the coming days in remembrance of Cole."

For more information on the initiative, and the legality of creating that rule, click here.