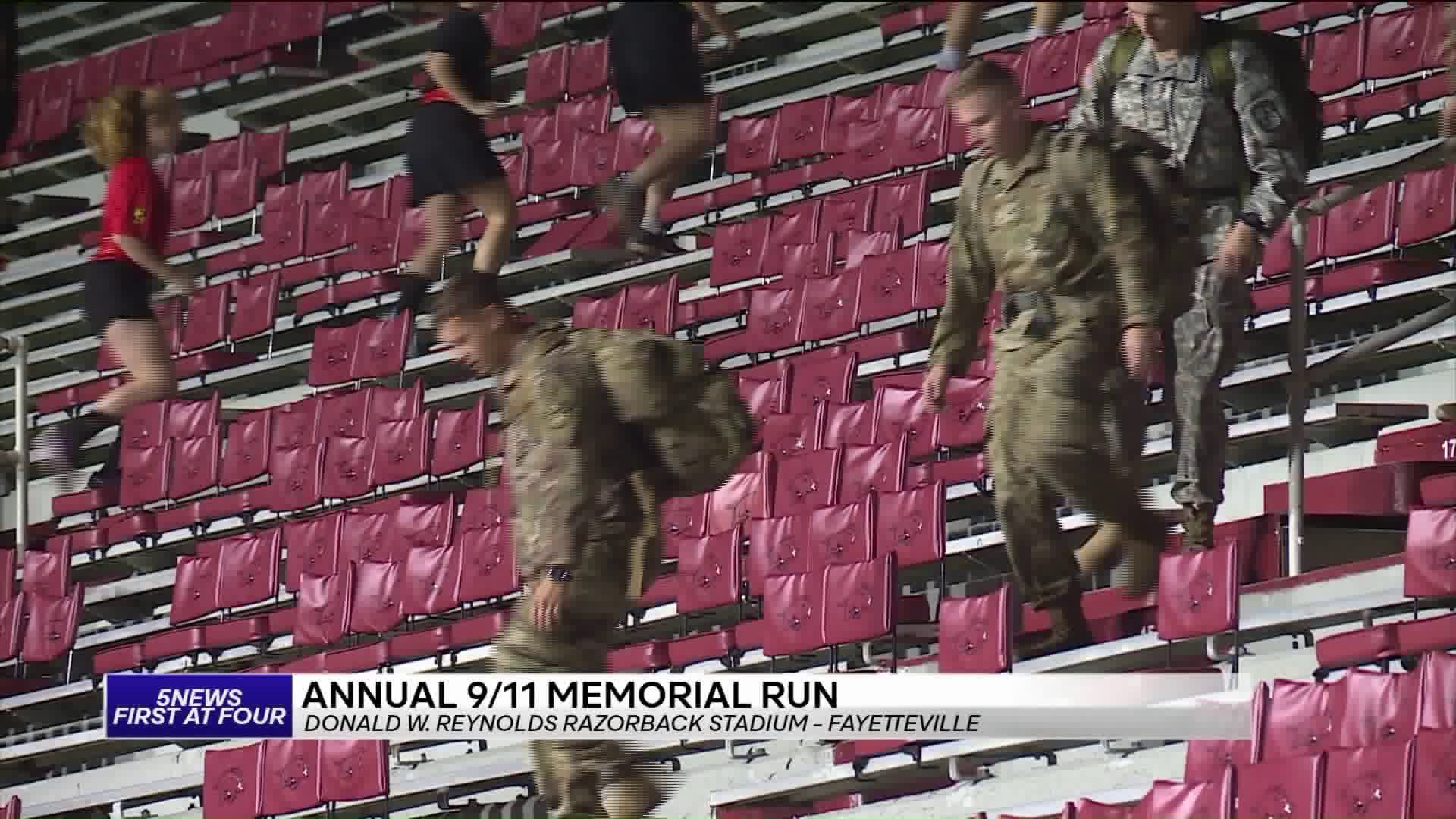 FAYETTEVILLE, Ark. (KFSM) — Eighteen year ago today, nearly 3,000 lives were lost in the tragic events at the World Trade Center.

University of Arkansas ROTC students and local law enforcement are gathering the first responders who lost their lives that day with the 9/11 Memorial Run.

They are climbing an equivalent of 110 stories of stairs at Donald W. Reynolds Razorback Stadium. The 110 stories represent the stories in each of the World Trade Center towers and the stairs that first responders had to climb that day.

Some of the participants are carrying backpacks representing the 75 pounds of gear they had to carry as they climbed the stairs of the Twin Towers.

The cadets say that this is an opportunity to reflect on the events of 9/11 and honor those who paid the ultimate sacrifice.

"It's grown every year," said Lauren Archer, an Army ROTC cadet who is attending the event for the fourth year. "It's awesome to see the community coming together to honor people who lost their lives on 9/11 and to remember them."

This is the seventh year for the ROTC cadets to honor the first responders with the Memorial Run.