FAYETTEVILLE (KFSM) — The board of trustees approved a tuition hike for the University of Arkansas system for the 2016-2017 school year. The cost of atten... 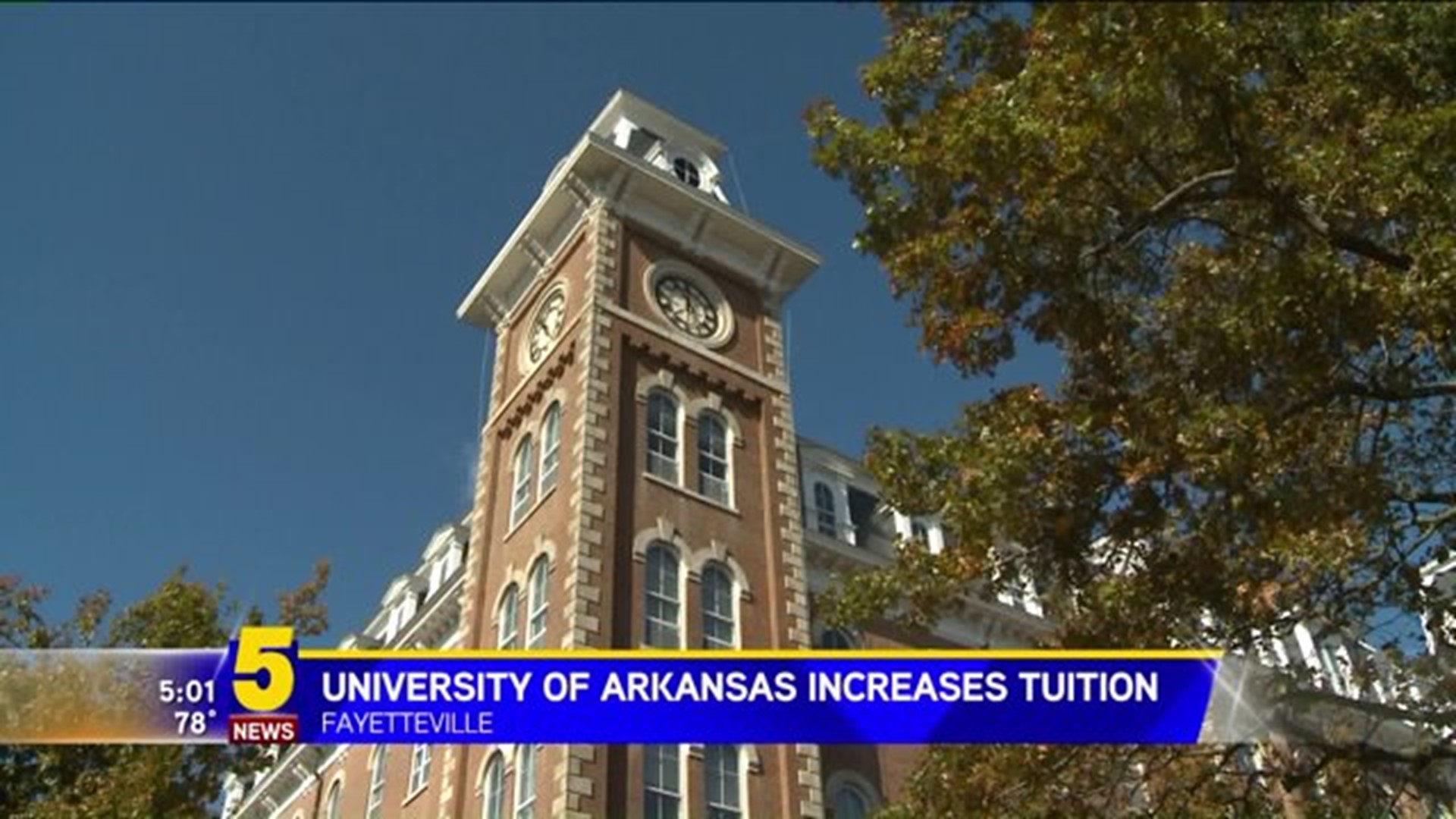 FAYETTEVILLE (KFSM) -- The board of trustees approved a tuition hike for the University of Arkansas system for the 2016-2017 school year.

The cost of attending the University of Arkansas at Fayetteville has gone up every year for more than two decades. In-state tuition will go up 3.5 percent this year, a slightly lower rate of increase than the 3.8 percent increase last year.

Like most other students, senior Kathryn O’Quinn thinks tuition should stay where it is.

Steve Voorhies, manager of media relations, said this increase is the smallest one the university has seen in about 20 years.

Voorhies said while the university does get state funding, unlike many other states, the amount they get hasn't gone up.

He said even though enrollment increases every year, it costs more money to educate more students.

“It is more expensive to bring in the best faculty to the campus and to keep them here," Voorhies said. "We've been making great progress at that over the past five years or so, and we want to continue to do that."

More than 26,000 students enrolled in the University of Arkansas last fall and they’re expecting even more this coming year.

The University of Arkansas at Fort Smith will also see a tuition hike of 6 percent for the upcoming school year.