FAYETTEVILLE, Ark. (KFSM) — The University of Arkansas says for about a month recycling bins for mixed materials, such as plastic, paper or cans into one contai... 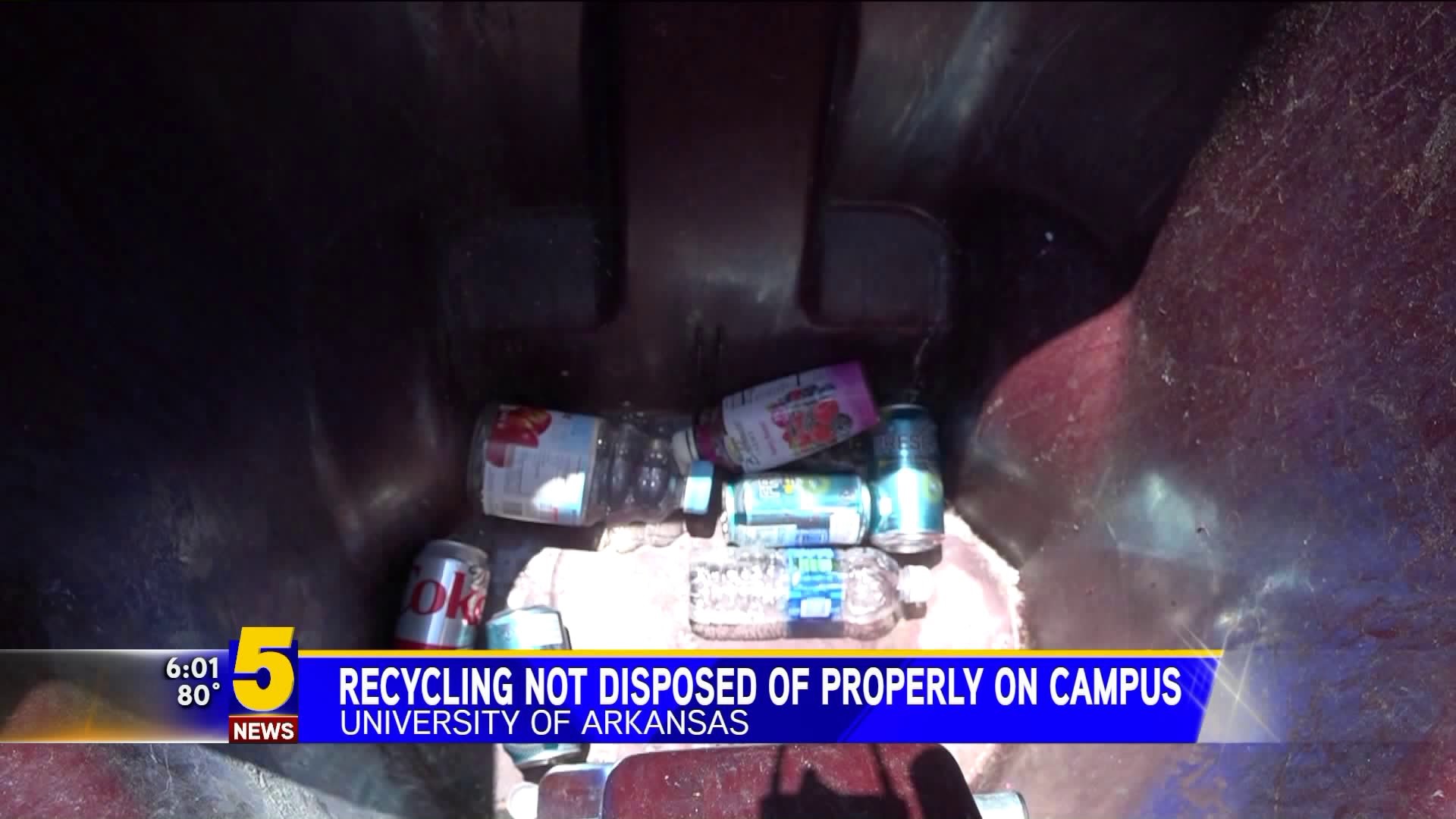 FAYETTEVILLE, Ark. (KFSM) — The University of Arkansas says for about a month recycling bins for mixed materials, such as plastic, paper or cans into one container, haven't actually been recycled.

Last week, the Razorbacks' primary recycling broker, Smurfit Kappa, informed the university that it had been unable to find vendors for the mixed streams for the past few weeks. Smurfit Kappa tried to solve the problem on its own before eventually giving up and alerting the university.

“The vendor as I understand it had hoped to get things worked out and finally realized nope that wasn’t going to happen and came and said we have a problem we have to do this differently," University of Arkansas official Steve Voorhies said.

Mixed streams are when multiple types of recyclable material are in the same bin.

Usually, China buys the mixed streams from Smurfit Kappa, but the country has recently put a ban on doing so.

“It’s just a real problem that we have. China not buying recycle materials from the U.S. anymore just really hit the markets and there’s a lot of people all across the country trying to recycle things and now we’re scrambling to find markets…and we’re in that position too," said Voorhies.
Voorhies says the university is working hard to fix the issue but they aren't quite sure how.
“We don’t know how we’re going to handle it. It’ll depend on the markets, it’ll depend on the vendors and depend on what we can do here," said Voorhies.
Recycling options are still available on campus but only in sorted bins. Voorhies expects the recycling issue to be resolved by the time the fall semester starts in August.