FAYETTEVILLE (KFSM)– The University of Arkansas Design Center has received national recognition for a project centered around Urban Agriculture. Director ... 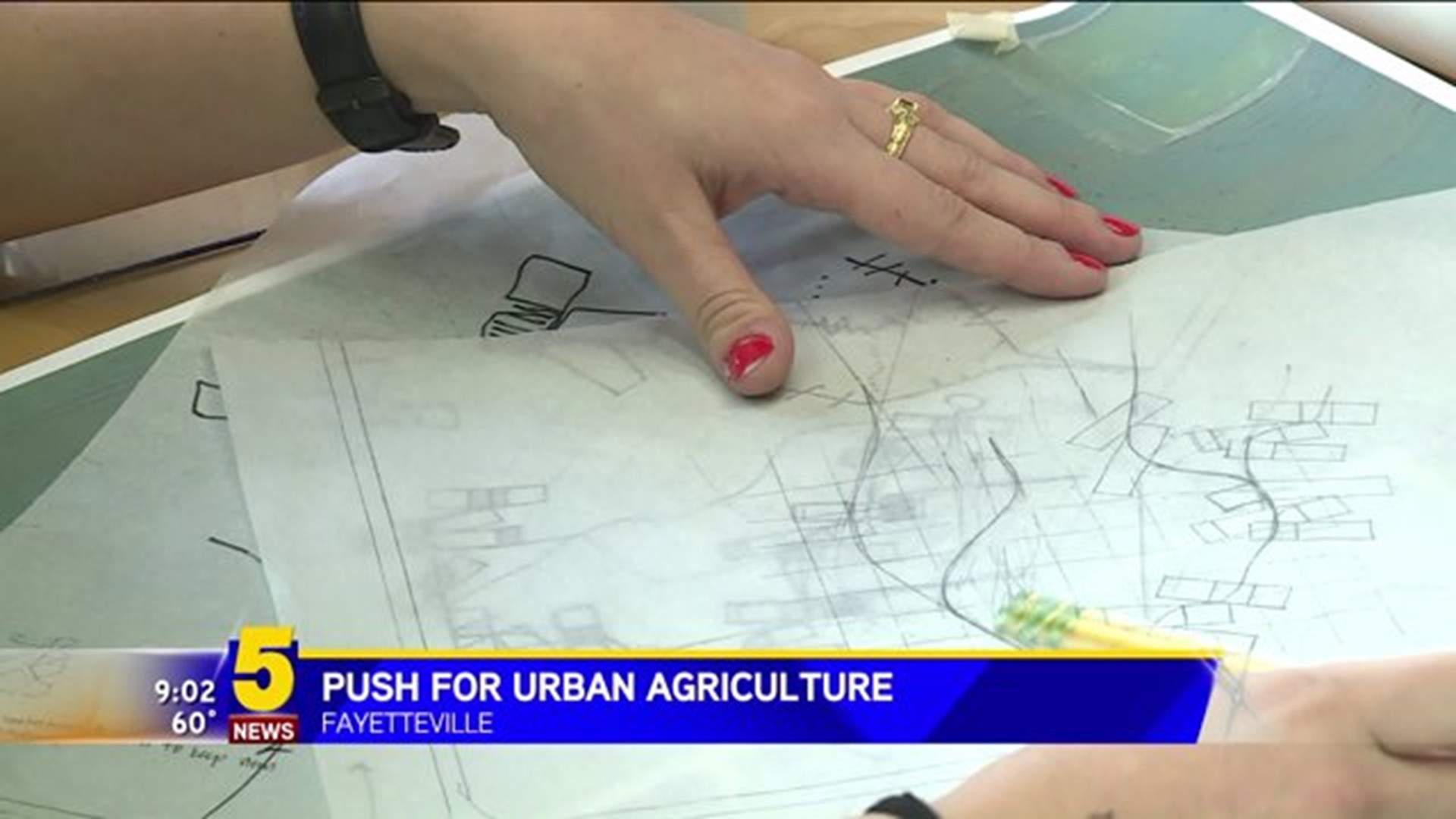 FAYETTEVILLE (KFSM)-- The University of Arkansas Design Center has received national recognition for a project centered around Urban Agriculture.

Director Steve Luoni said the project is called the "Food City Scenario," and he said it's aimed to answer one key question.

"What is Fayetteville by 2030 had to feed itself through a local food network?" Luoni said.

He said the project looks at ways that agriculture can be done in an urban setting, something Luoni said is important.

He said agriculture has long since moved out of cities, but he said something as simple as placing edible plants in public parks can go a long way.

"This is a way to make cities healthier," Luoni said, "And if you do farming correctly in an urban context it's a real economic driver."

Fayetteville city Alderman Matthew Petty said since the plan came out in 2013, the city has been inspired to change some of its agricultural codes. He said prior to the plan, the city only had the Sustainable yard ordinance, which allows front yard gardens.

"We knew that it was time to do a little bit more than the sustainable yard ordinance," Petty said. " So we passed what we call the Urban Agriculture ordinance which I think a really great first step towards seeing the vision of Food City becoming a reality."

Petty said according to the new ordinance, residents are allowed to have chickens, bees and goats in city limits.