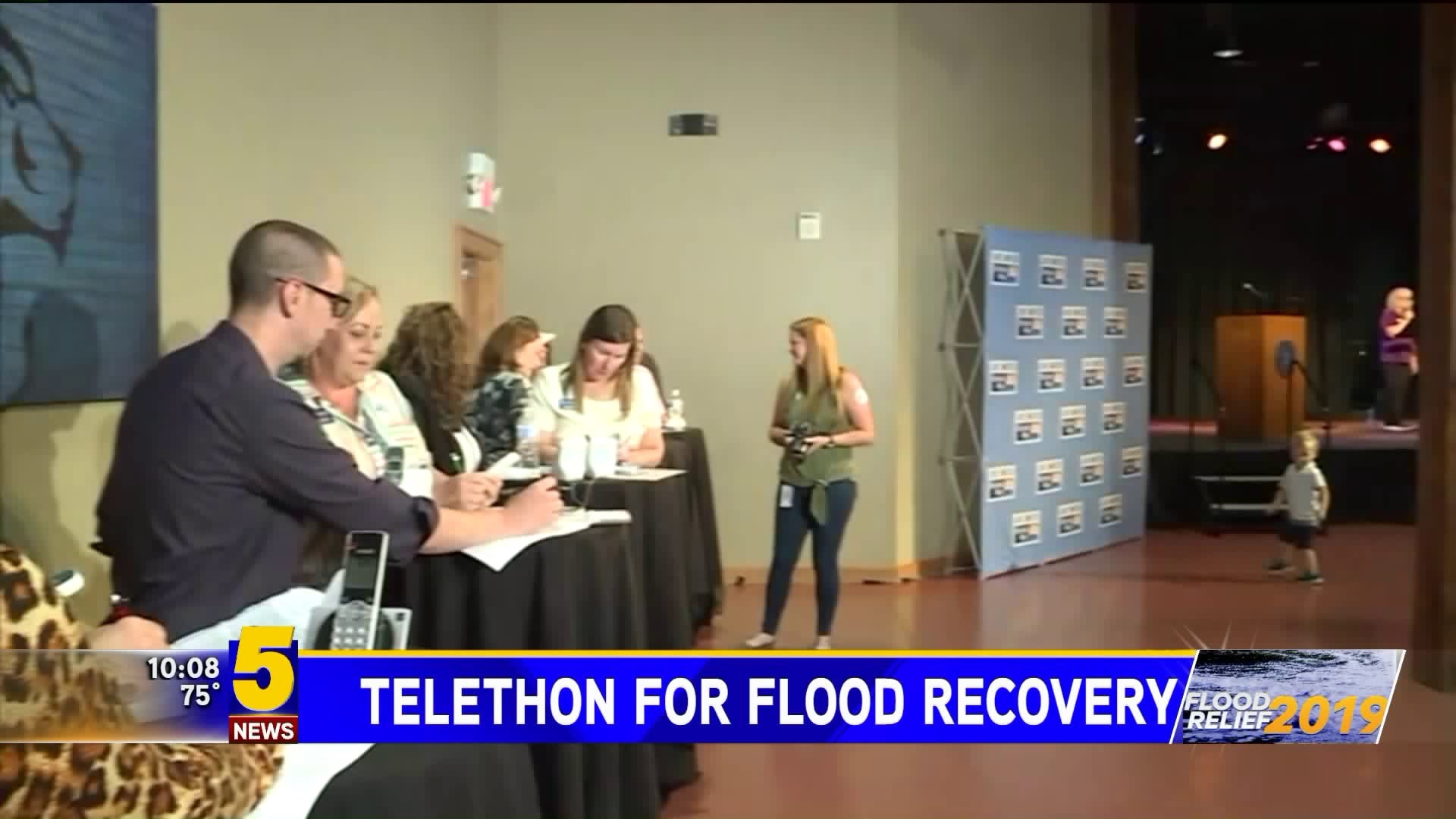 FORT SMITH, Ark. (KFSM) —  The United Way of Fort Smith Area hosted a telethon Tuesday (June 18) to help raise money for the families and businesses devastated by historic flooding from the Arkansas River.

Volunteers helped raise $112,605 for flood victims in the River Valley.

Even some of the bands performing had a personal reason for being part of the event, like musician Mark Albertsons who grew up in Moffett.

Albertsons says his mothers home was hit hard by the flood.

"This is the worst flood we’ve ever had," Albertsons said. "The most that it ever got into her house when I lived there was about a foot and a half. There was over five and a half feet in her house. It was devastating.”

Volunteer call takers included local law enforcement and emergency management officials who have been on the frontlines on flood response, clean-up and recovery.

"It was really good to see how our community has come together and it really moves you to want to get involved," said telethon volunteer Michael Barr.

Officials with the United Way of Fort Smith Area say 100% of the money raised will stay local and help those affected by the flood.

"There’s a lot of traumatic things that have gone on, losing beautiful items, just the trauma of losing your beautiful home. Tonight this money will go to benefit those affected up and down the entire river valley," said Eddie Lee Herndon of United Way of Fort Smith Area.

During the flood, we saw examples of the community coming together and helping those in need, and that work continues.

"The mayor said it best, 'the river valley strong, river valley proud.'" Barr said. "We’re just really excited to see what the communities response has been. Still, a lot of people hurting and we hope these resources can help tonight."

The telethon is over, but don’t worry if you didn’t get a chance to donate because you can still help. The United Way of Fort Smith Area will continue to accept donations online, via text or through the mail.

You can donate by texting "flood2019" to 91999 or visiting the United Way of Fort Smith Area website.