FORT SMITH, Ark. (KFSM) — More setbacks for Union Christian Academy, trying to get kids back to class. Their building was badly damaged by flash flooding over t... 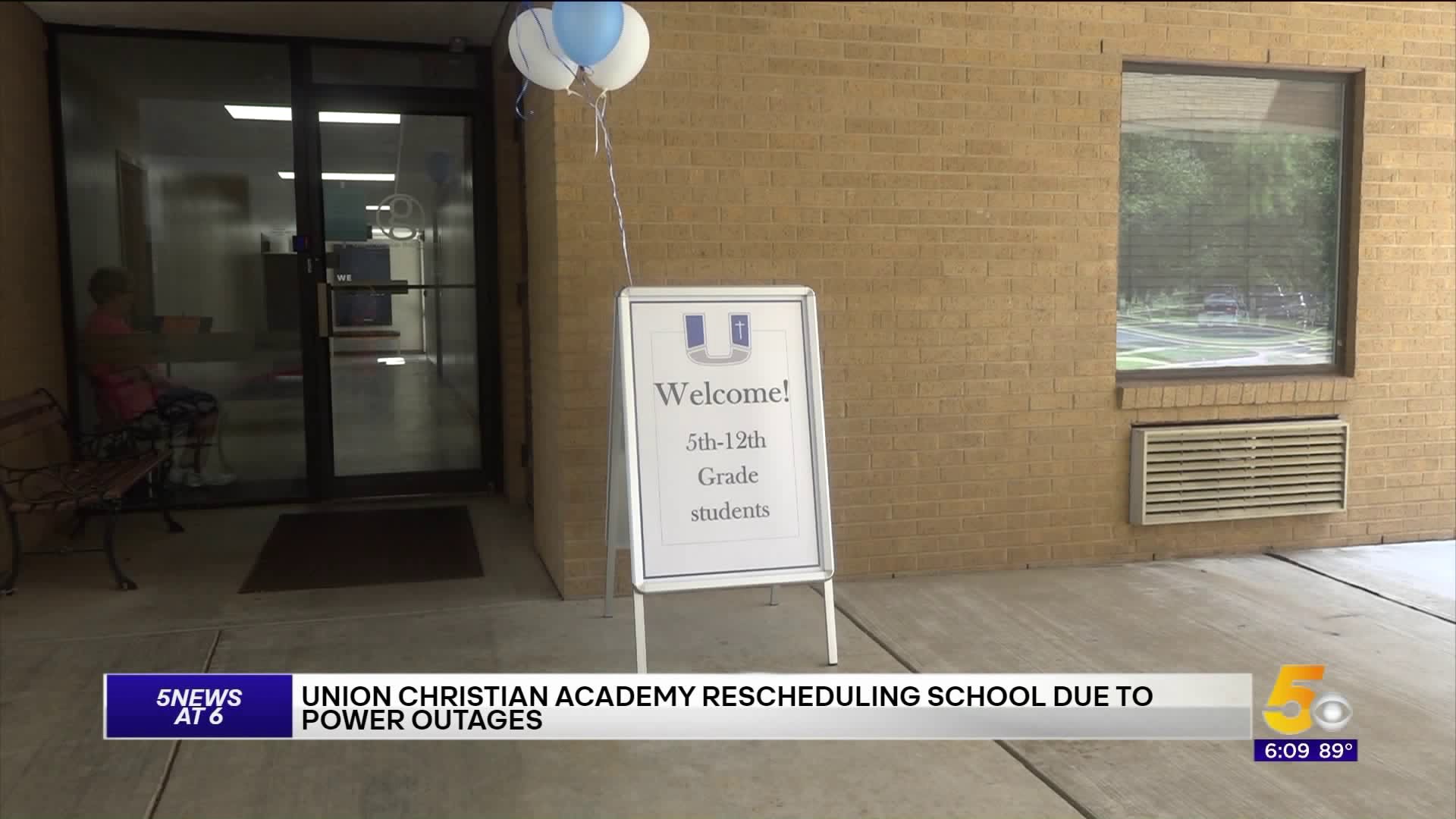 FORT SMITH, Ark. (KFSM) — More setbacks for Union Christian Academy, trying to get kids back to class. Their building was badly damaged by flash flooding over the weekend.

The school’s preschoolers thru fourth grades were supposed to have class at Central Christian Church Wednesday (Aug. 28) morning, but last night they made the call to cancel classes because the power was still out from the storms the night before.

“I think for a lot of people it is an inconvenience, we already had to shut down school for the two days and then, but and I understand that it’s hard, but I think it was one of those that we kind of just rolled with it,” Jessica Vasquez said.

Jessica Vasquez is one of those parents whose second grader didn’t have school again today.

Director of development Angela Mackey says those teachers are prepared and ready for their students to fill the classrooms Thursday morning.

“The electricity we found out came back on around 10:15 last night, but we think it was the right choice,” she said.

Over the weekend floodwaters filled more than 70 percent of Union Christian Academy forcing them to cancel school and leaving them with $40,000 in damage.

Mackey is thankful to Grand Avenue Baptist Church and Central Christian Church for letting them have school there. She says they are working with the insurance adjusters now on restoring their campus.

“We’re kind of seeing what they want us to do to make sure the campus is safe for students and safe for getting back in, so we are in that process of trying to figure out what all they need to get out and what all we are going to need to get back in,” she said.

They hope to be back to their campus in a month, but they are not for sure yet. They say they are having to postpone homecoming and grandparent’s day until they get back on their own campus.

The school says as of now they are in need of around $44,000 to cover costs that their insurance will not cover. They are asking for donations and will be having fundraisers.