FAYETTEVILLE (KFSM) — The University of Arkansas Police Department added a new member to its K9 Team. Her name is Oakley and the black Labrador is part of... 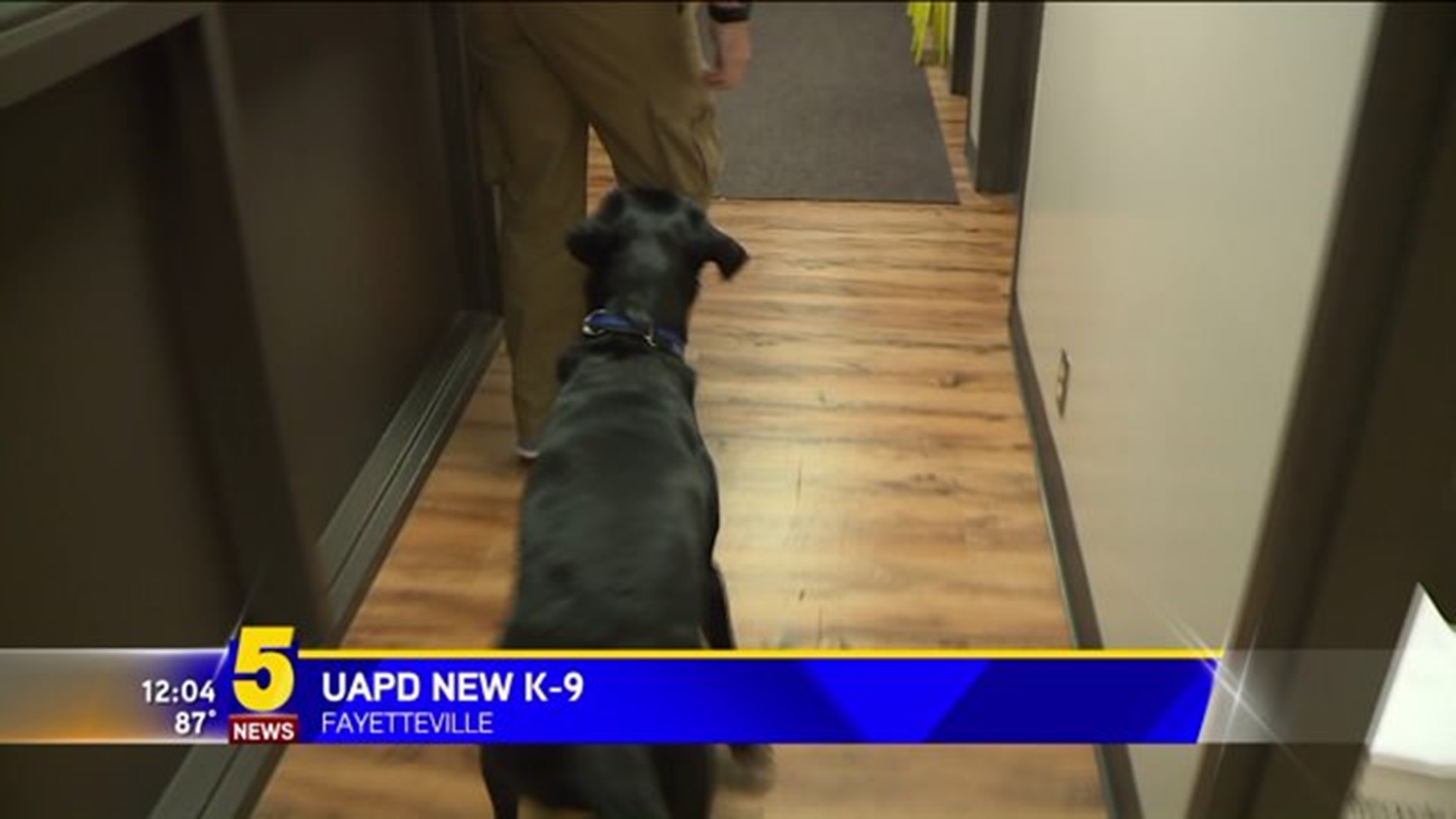 FAYETTEVILLE (KFSM) -- The University of Arkansas Police Department added a new member to its K9 Team.

Her name is Oakley and the black Labrador is part of the three-K9 bomb sweep team. Oakley was donated to UAPD by one of its sergeants.

One of Oakley's duties is sweeping the athletic stadiums for explosives before games. UAPD needed another dog to help share that responsibility, so every game one dog can take a break.

Typically it takes around a year and a half to train a K9, but Oakley’s handler said she was trained in a little under a year.

"Oakley started training in November and she got certified around end of July, first of August so almost a year, a little less than a year for her," J. Copelin said. "She's really quick, she picked up on the training because for them it's a game, so she picked up on the game pretty quickly and she knocked it out.”

UAPD says Oakley is an essential member to their team and is loved by the students. She already gets recognized on campus.

"Labs look super approachable, so I think that helps the student say 'oh I'd like to pet your dog' and then petting the dog turns into 'hey I have a question,' which turns into cops aren't so bad," Copelin said. "I think the dog helps break those barriers and get rid of those stereotypes."