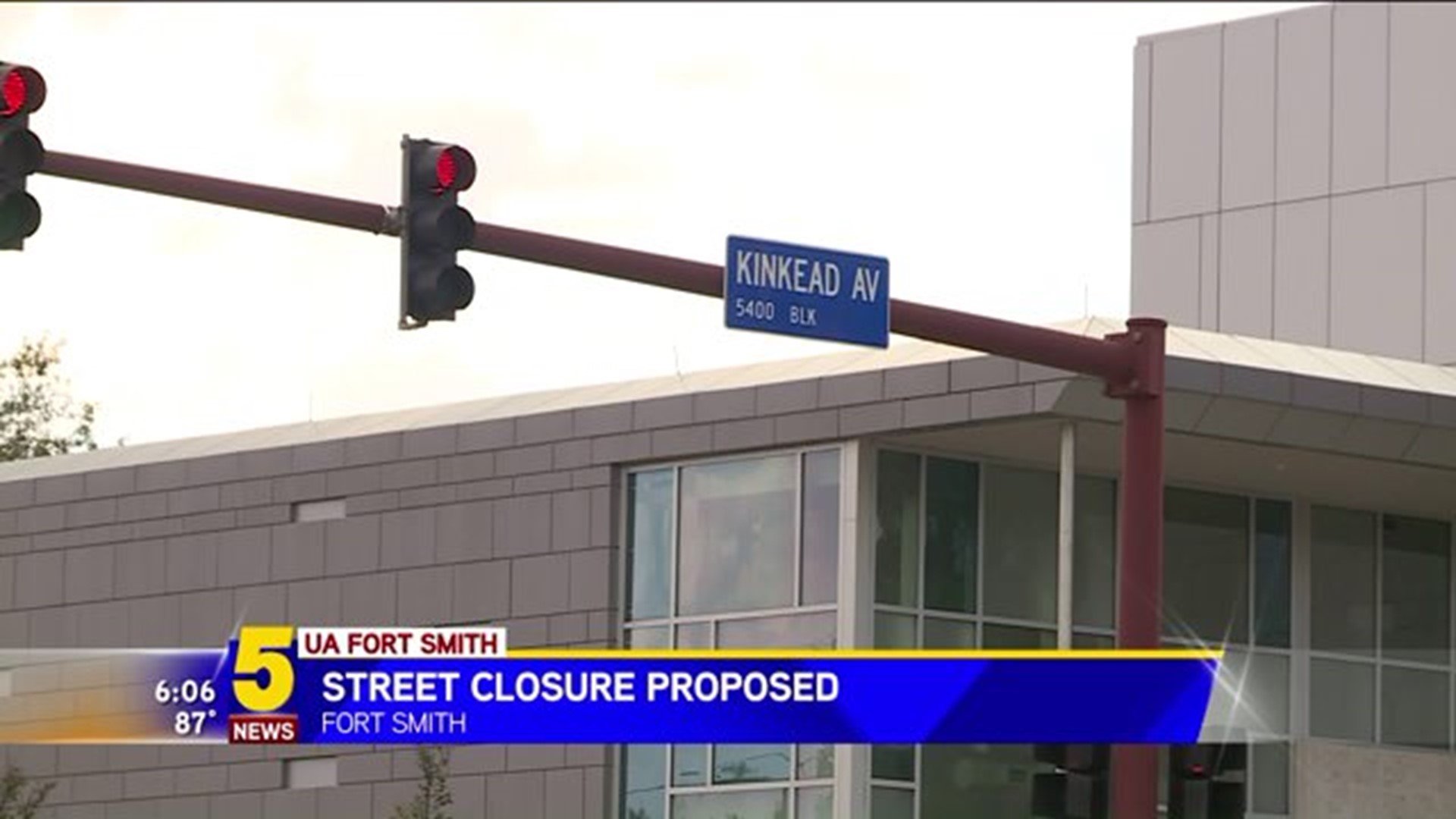 FORT SMITH (KFSM) -- University of Arkansas in Fort Smith is proposing permanently closing sections of Kinkead Avenue from Waldron Road to 49th Street and from 51st to 53rd Streets.

"It's about safety," UAFS Chancellor Paul Beran said. "It's about making sure that the pedestrians we have are safe on campus. We have to maintain a humane and accessible campus, not only for people who drive, but for people who walk, who ride bicycles, who are on skateboards, and all those kinds of things."

"The student government helped me on this," he said. "They sat out for two days between eight and five, and they counted over 2,500 crossings each day, and that was before two major buildings were complete."

Some students said closing the street would benefit the increasing student population on campus.

"I definitely think that's a great idea," student Drew Davis said. "UAFS is growing, and I think it would be a lot more efficient, a lot more safe with all the traffic coming through. It'd be great for students."

While some said closing this street is a good idea, others said it could be more of an inconvenience.

"In retrospect, it would be a good idea, but it actually doesn't seem that way once you think about it," student Bailey Gillespie said. "Many residents and students rely on this street to get to and from their classes, and for ease getting in and out of the parking lot."

Part of the proposal includes putting gates at the street closures to allow police and emergency vehicles, as well as university facility vehicles in and out of the area.

The Fort Smith Board of Directors is holding a public meeting on the proposal Oct. 18 and could vote on it the same night.