FAYETTEVILLE (KFSM) — Fans in Don W. Reynolds Razorback Stadium will be able to have a beer or a glass of wine while watching the game starting this year, thank... 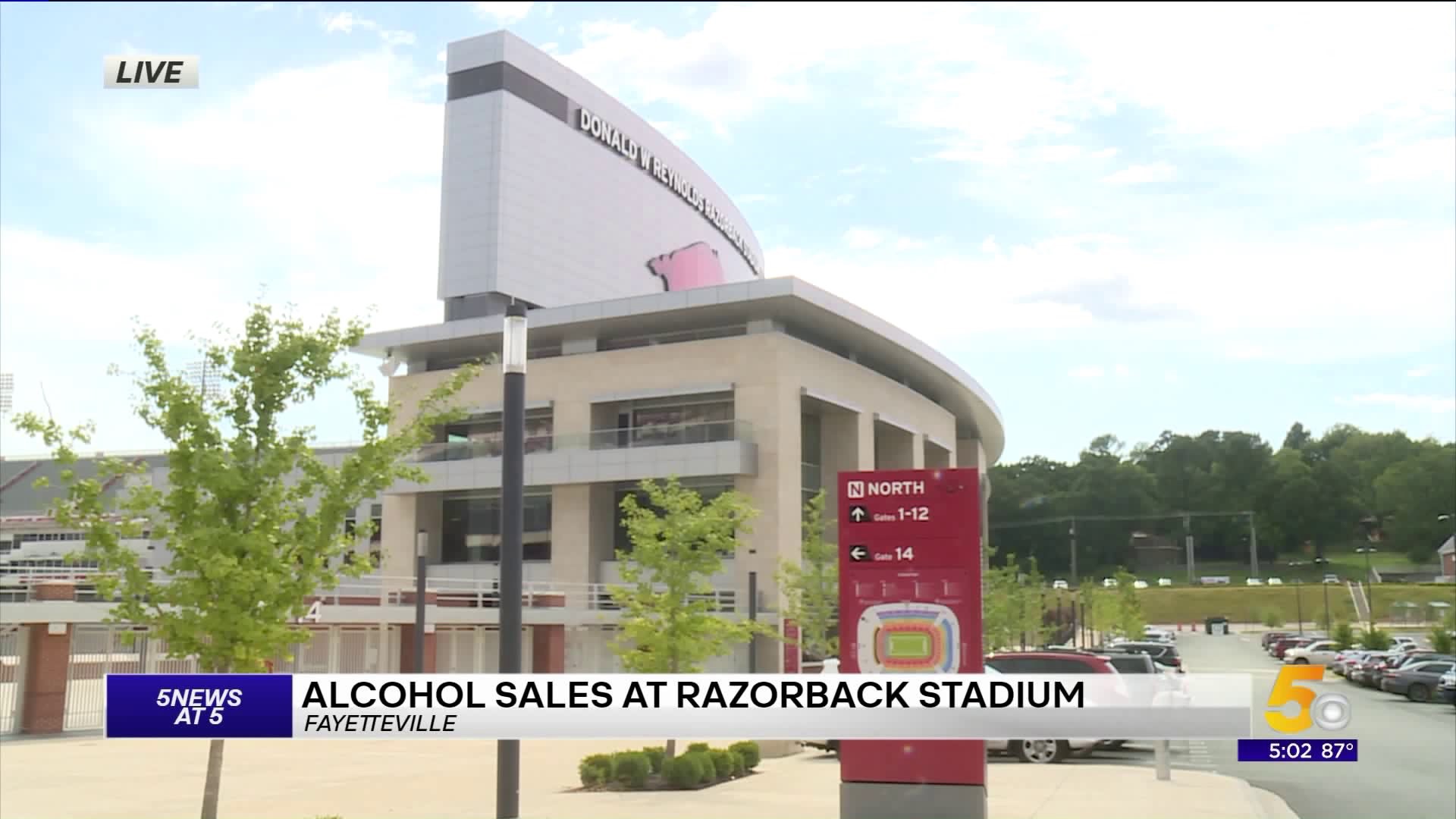 FAYETTEVILLE (KFSM) — Fans in Don W. Reynolds Razorback Stadium will be able to have a beer or a glass of wine while watching the game starting this year, thanks to a change in policy for both the Southeastern Conference and the University of Arkansas.

In May, the SEC announced it was changing its policy to relax restrictions of alcohol sales in public areas of athletic venues. The change allowed each institution to decide whether and how to sell alcohol in its venues.

At the time, the UA said it had not made a decision on whether to sell alcohol outside of the private club and suite areas of the stadium — the only places where alcohol sales were allowed.

On Thursday, the university announced it would now sell beer and wine to fans 21 years of age or older within designated public areas in and around the stadium.

“By expanding our established alcoholic beverages program to include the sale of beer and wine in public areas of Donald W. Reynolds Razorback Stadium, we are building on an already successful model while furthering the fan experience in a responsible way,” Vice Chancellor and Director of Athletics Hunter Yurachek said in a news release. “Working in coordination with campus officials and within established guidelines adopted by the SEC, we will now be able to offer this gameday amenity as an option to fans while working to further educate University of Arkansas students and the general public about safe and responsible consumption."

War Memorial Stadium in Little Rock "anticipates" allowing alcohol sales as well for Razorback Football games, the UA announced, but a decision has yet to be made about other venues on campus, such as Bud Walton Arena or Baum-Walker Stadium.

Alcohol will be sold in Razorback Stadium in designated areas and not through vendors in the stands, per SEC rules. Each person will have their ID checked before alcohol is dispensed, and each person will only be able to purchase two drinks per transaction. Sales will halt after the third quarter of the game.

The UA also announced a new deal with Lyft that will give a gameday discount to those using the rideshare service at Razorback Football games, though details of the program have not been announced.

Alcohol will not be sold or allowed in the student section. Service personnel in the stadium will be trained to recognize intoxication and will be allowed to refuse sales or service to any fan who appears to be impaired. Security will also be allowed to eject or arrest fans who are intoxicated or who share beverages with minors, the UA said.