FORT SMITH, Ark. (KFSM) — After years of planning, the privately funded U.S. Marshals Museum has financially struggled to come to life, and on Tuesday (April 23... 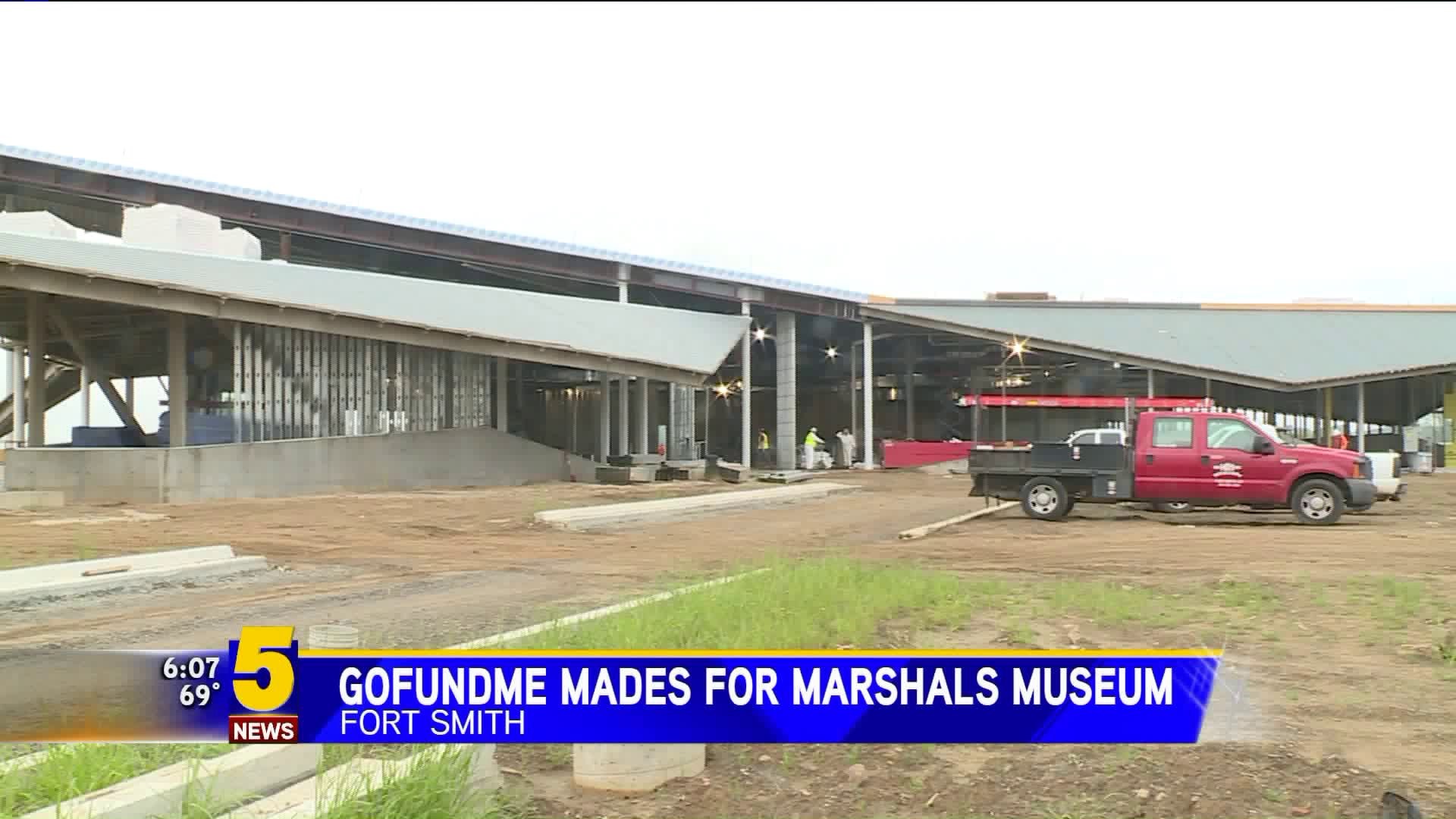 FORT SMITH, Ark. (KFSM) — After years of planning, the privately funded U.S. Marshals Museum has financially struggled to come to life, and on Tuesday (April 23) it launched the #BringItToLife campaign to help secure needed funds through the public's help.

The museum has raised enough money, $35.5 million, to pay for the construction of the facility, which started in July 2018. However, an estimated $17 million more is needed to build the exhibits and “experience” of the museum.

Now, the museum has created a GoFundMe account in hopes to raise $2 million by July 2019. This is just a drop in the bucket compared to the $15.3 million they say is needed to complete the museum.

“This campaign strongly positions the Museum to continue production efforts in a timely manner,” said USMM Foundation President Jim Dunn. “We are launching this effort in hopes that individuals and corporations both in the Fort Smith community, as well as across the country, will join together to make sure the guest experience is developed sooner rather than later.”

Dunn said the #BringItToLife campaign was created in response to supporters and interested donors of the museum asking for opportunities to participate and provide funding to help with completion.

“As we’ve educated the community about the Museum, one of the things we’ve heard over and over again was the desire to help with donations, but not be encumbered with any type of tax. This provides that opportunity for anyone interested in helping.”

At the beginning of April, a $1 million donation was given from a Northwest Arkansas real estate investor - turned developer and philanthropist, Laurice A. Hachem.

In March 2019, Fort Smith voters rejected a proposal to institute a temporary sales tax that would help fund the museum.

Building construction is expected to be completed by the fall of 2019, with a dedication ceremony for the Mary Carleton and Robert A. Young III Building and Samuel M. Sicard Hall of Honor planned for Sept. 24, 2019.