Hog farm protestors lined up at the University Arkansas campus during the U.S. Agriculture Secretary’s visit to address students at the UA law school Tues... 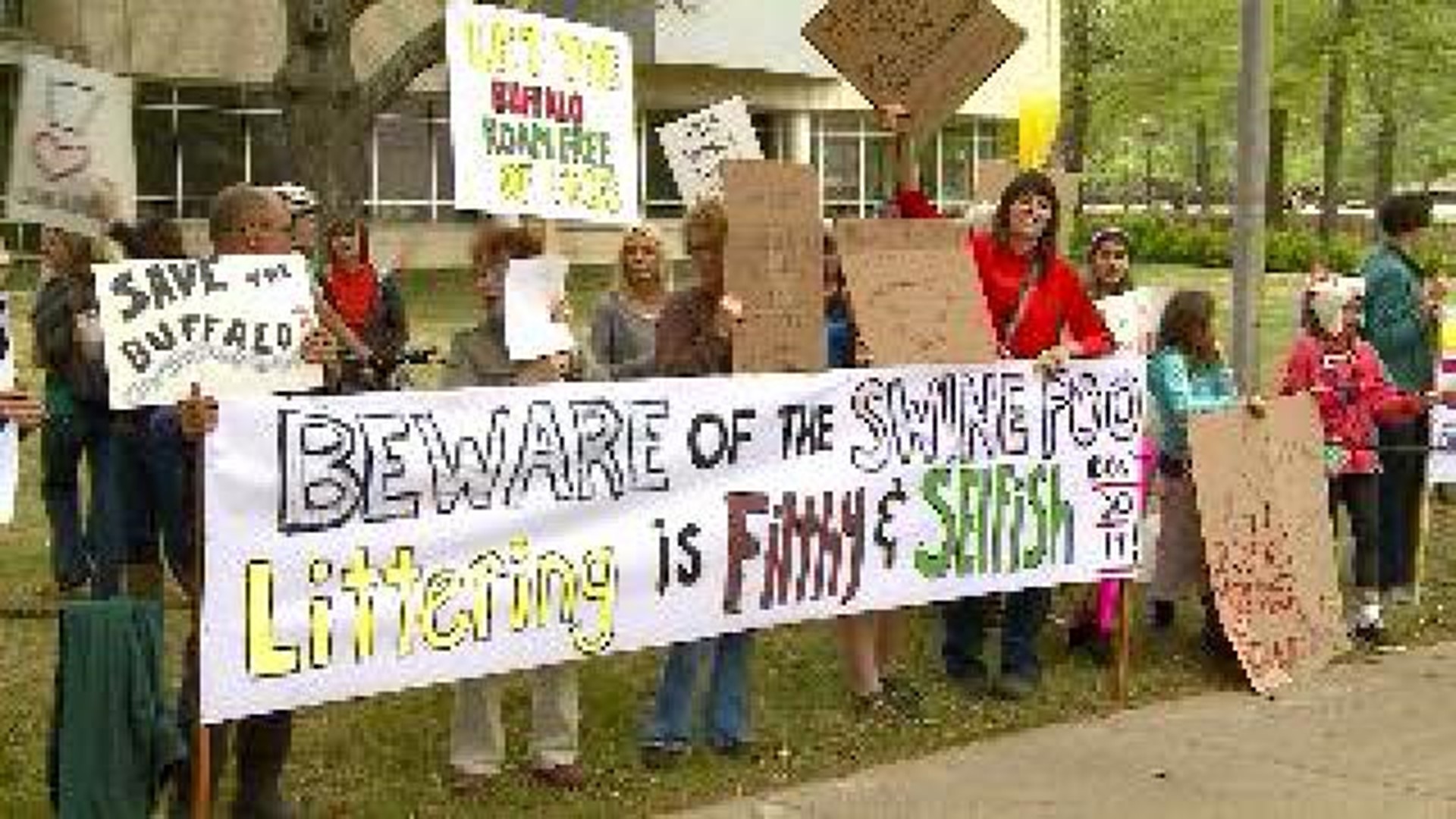 Hog farm protestors lined up at the University Arkansas campus during the U.S. Agriculture Secretary's visit to address students at the UA law school Tuesday (April 23).

C&H Farms, located on Mt. Judeo in Newton County, has sparked controversy because of its proximity to the Buffalo National River.

"We've reviewed it, presented it to rules and regulations, we've had our general counsel office also review it, we've had our regional office take a look at it to make sure it basically met the requirements and we believe it does," Vilsack said.

Protestor Dan Coody said the purpose of the protest was to alert Vilsack of their concerns.

"His agency needs to be very tight when it comes to the permitting process because they allowed to many things to be approved without proper documentation," Dan Coody, protestor, said.

Protestors are also worried about waste pollution and the negative impact along the river.

"The Buffalo is too beautiful, too rare, too unique in the world to risk losing it like this," Coody said.

Kenneth L. Smith has written two books on the Buffalo National River and was protesting at the UA. He said the hog farm's pollution will hurt people's perception of the river.

"They begin foresee that it won't be as nice as it used to be," Smith said.

Vilsack said he dealt with hog farms when he was Governor of Iowa and said there are strategies hog farmers can use to contain waste.

“There are buffer strips that can be created, there are ways in which you can use the environment and the natural resources to provide protection," Vilsack said.

Visack said he hopes hog farmers listen to the protestors and protestors understand the rules were followed.

"Hopefully, those who are interested in seeing this process and this facility move forward are sensitive to the concerns and structure in such a way those concerns are minimize," Vilsack said. "And, hopefully the folks who are concerned about it today will overtime be reassured the assessment was what it needed to be."