FAYETTEVILLE (KFSM) — The University of Arkansas ROTC cadets and local law enforcement honored the first responders who sacrificed their lives on the Sept... 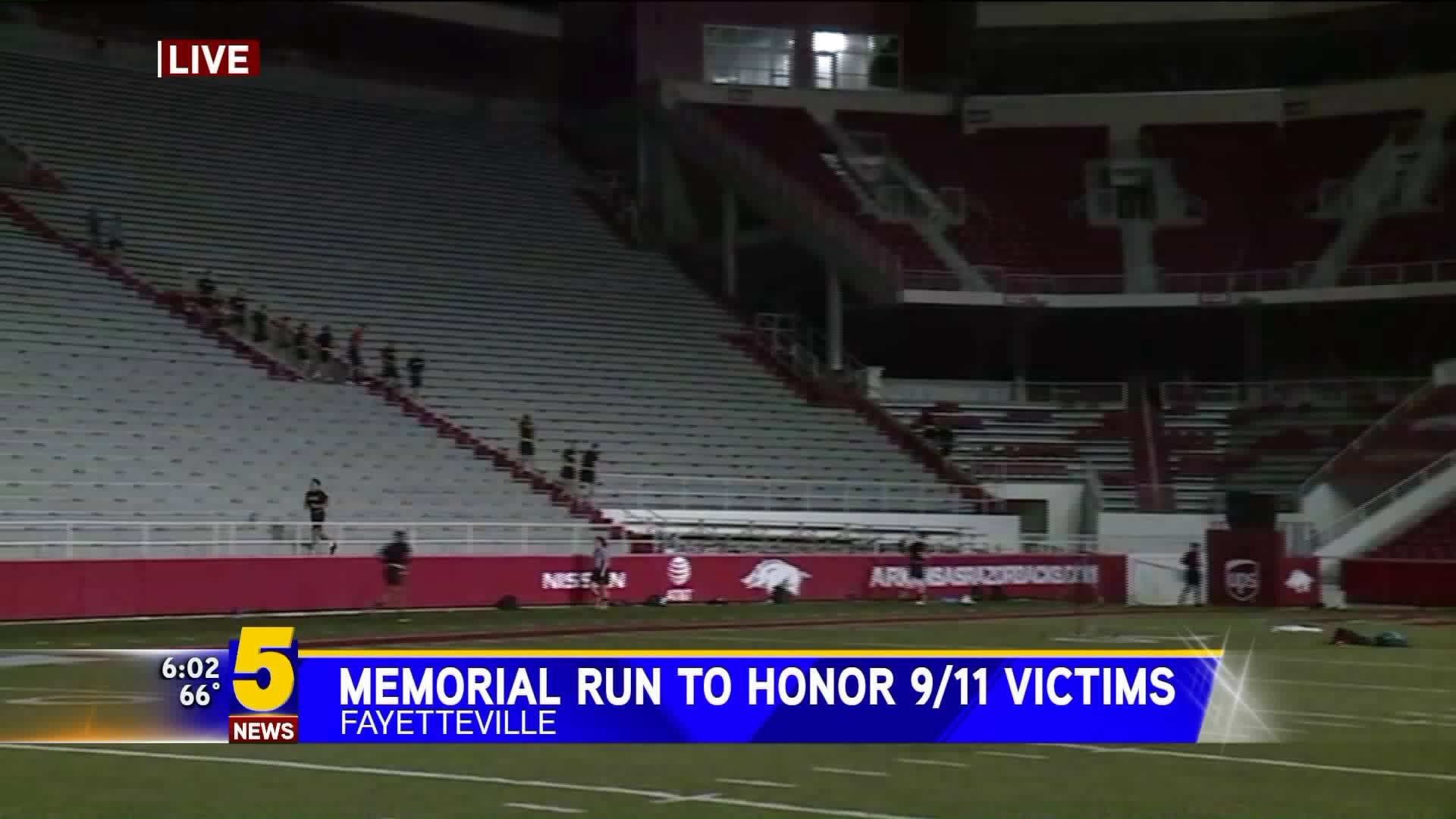 FAYETTEVILLE (KFSM) -- The University of Arkansas ROTC cadets and local law enforcement honored the first responders who sacrificed their lives on the September 11 terrorist attacks with the 9/11 memorial run.

About 175 people met to run the stairs at Razorback Stadium, with the first runners starting at 5 a.m. They ran an equivalent of 110 stories, which is five laps around, up and down the stairs.

The stairs represent the 110 stories in each of the World Trade Center towers, the stairs the first responders had to climb that day, which was close to 3,000 steps. Each step represented a person who died during the attacks. Some first responders were carrying as much as 75 pounds of equipment as they ran into the towers, so some cadets carried their packs as they ran in their honor.

Cadet Jake Adel said the memorial run is a time to reflect on the events of 9/11.

"Thoughts of those who served and lost their lives are on my mind, but this was an attack on our homeland, so also just the sense of American pride as well, just that I have an opportunity as well as the rest of the ROTC kids to serve our country and be proud of what we do," he said.

This is the sixth year for the ROTC to honor the first responders with the 9/11 memorial run. The cadets said they hope it continues to grow each year.