Tyson Donates $1.8 Million To Feed Those In Need 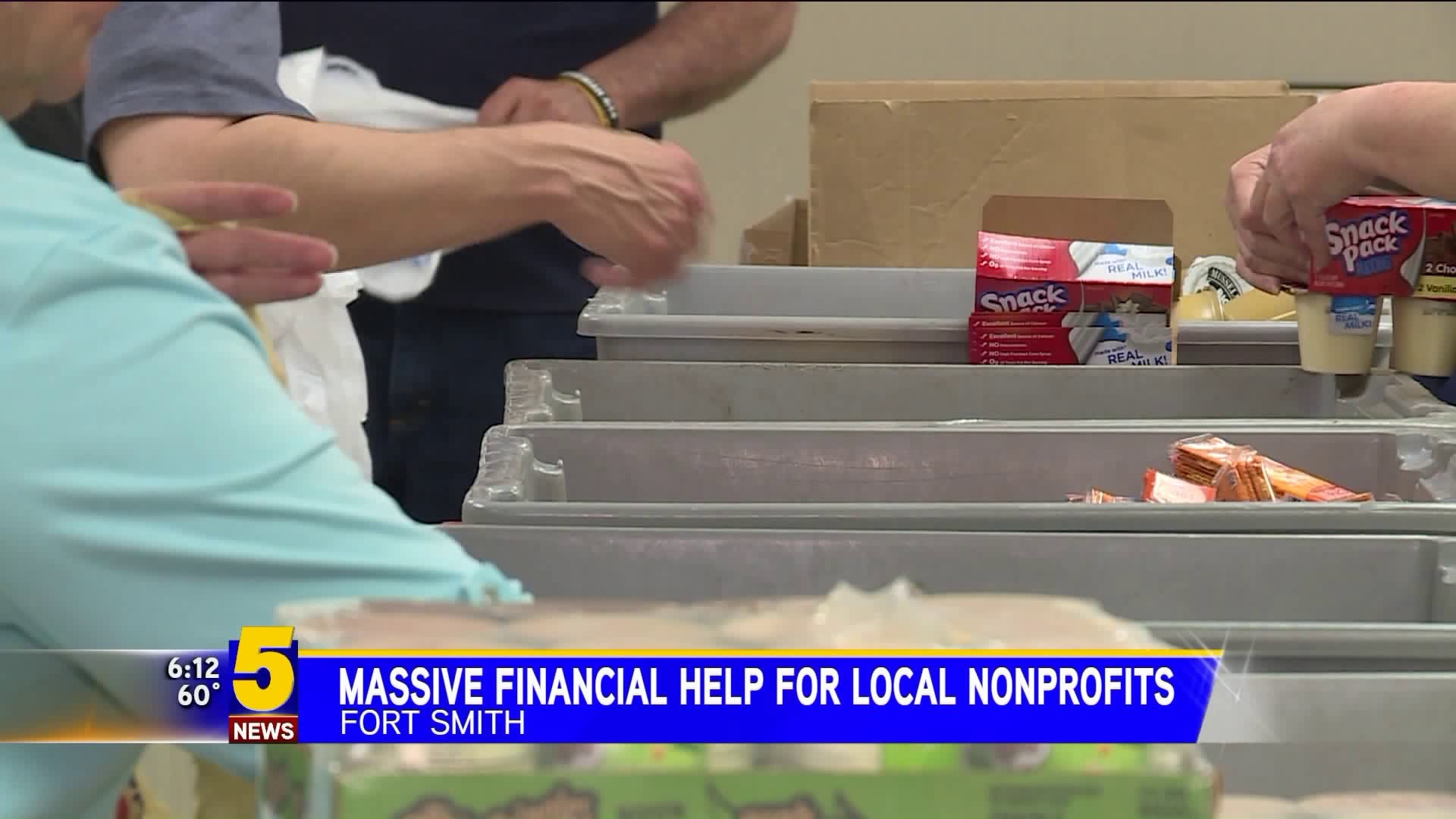 FORT SMITH, Ark. (KFSM) — As part of a continuing effort to address food insecurity, Tyson Foods provided financial help to agencies that help feed those in need on Thursday (March 21).

The company handed out $1.8 million in grants to relief agencies in 14 states, including the Community Services Clearinghouse, which received $100,000.

Clearinghouse is best known for its backpack program in which food is sent home for kids to carry them through the weekend.

The money donated to Clearinghouse will carry the program for the next year and a half.

"This grant allows us to take care of the children that we have which is over 2,400 children right now which cost about $19,000 a month and so with these funds we'll be able to finish out this school year knowing that come August of the 2019-20 school year that we`re already going into that with funds available," said Community Services Clearinghouse Director Chuck Goux.

The River Valley Regional Food Bank, which serves a number of area pantries, also received a $100,000 check and 30,000 pounds of chicken from Tyson Foods.

"We're going to be able to do some much-needed improvements to the food bank which in turn will help us distribute more food to the community," said River Valley Regional Food Bank Director Tracey Engel. "Our partner agencies will be able to take that chicken and distribute it immediately."

Those at Tyson Foods say they do this because it's the right thing to do.

"We're just extremely proud to partner with these organizations and know that the donation and the grants we're announcing today you know they're gonna go to addressing hunger relief right here in a Tyson's food community and really help out our neighbors in need," said Tyson Spokesman Derek Burelson.

Thursday's announcement marks a significant step toward reaching the company's 50 in 5 commitment, which is an effort to address hunger in Tyson Foods communities by donating $50 million in cash and donations by 2020.