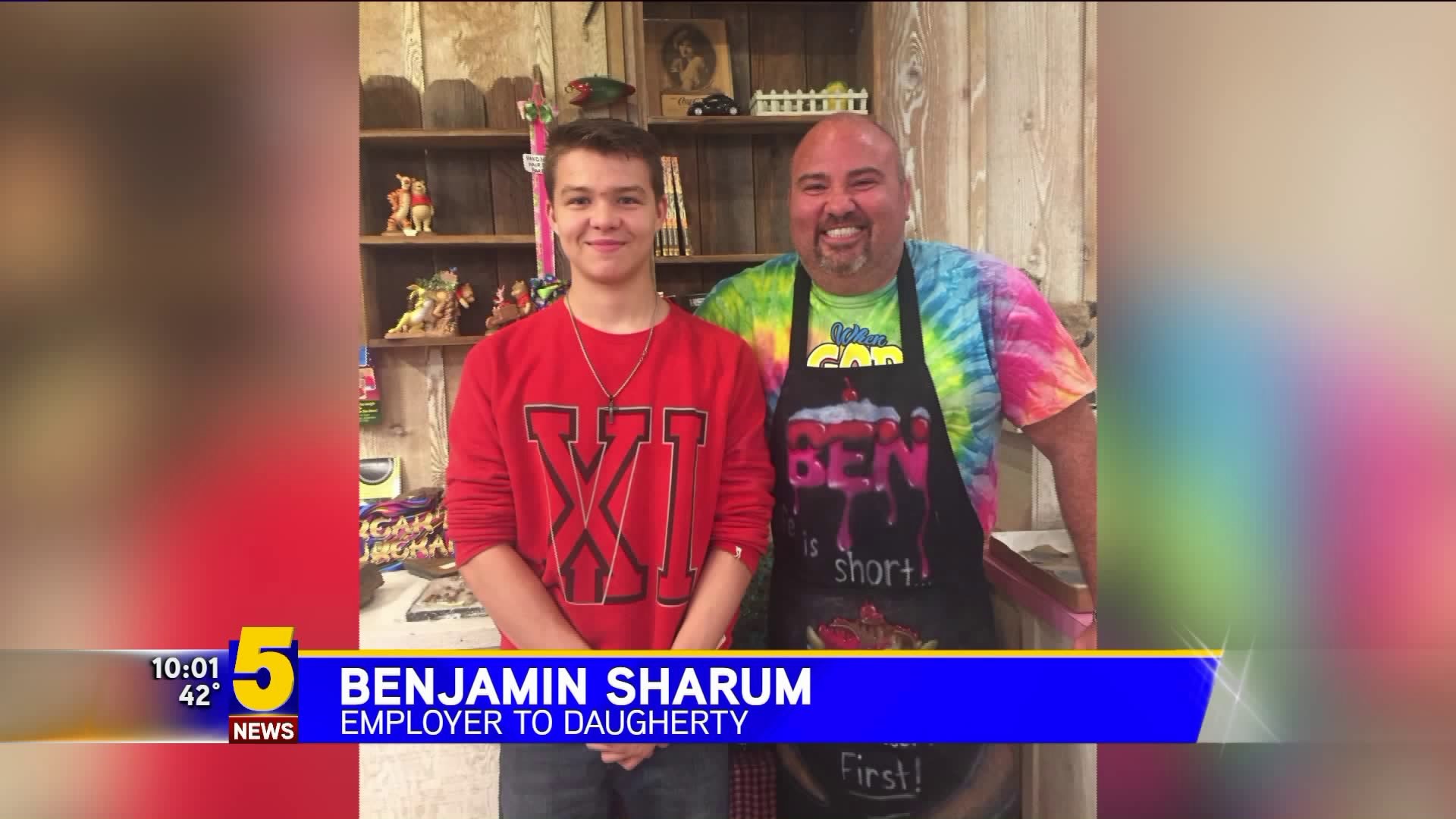 (KFSM) — Two teenagers were killed Friday (Feb. 22) after a car crash in Berryville.

Fayetteville sophomore George "Buddy" Milawski and Eureka Springs student Kyle Daugherty were passengers of the vehicle that crashed on County Road 219 in Berryville.

"Kyle started at the ice cream shop, just like any other employee. He quickly came out of his shell as young people have to do," said Benjamin Sharum, Daugherty's employer. "He just became a family member to us. It was trips to silver dollar city and white water with him. We took him to the antique cars. He was a fun-loving kid, full of smiles."

According to the police report, six minors were involved in the fatal crash. The report says that the vehicle was driving at a high rate of speed, lost control and ran off of the road, hitting several trees before coming to a final stop. The report says the roads were wet at the time.

Fayetteville  Public Schools Spokesmen Alan Wilbourn says they are not doing any on-camera interviews regarding this situation, but they did notify parents and staff members late Sunday afternoon.

Wilbourn says on Monday (Feb. 25) counselors are meeting with students who may be having difficulty processing what happened.

There will be a student-led candlelight vigil on Wednesday (Feb. 27) at 4:50 p.m. at Eureka Springs High School gym.