ROGERS, Ark. (KFSM) — Two construction workers were injured around 7:30 a.m. Tuesday (Oct. 1) morning during a routine removal of scaffolding, according to ARDO... 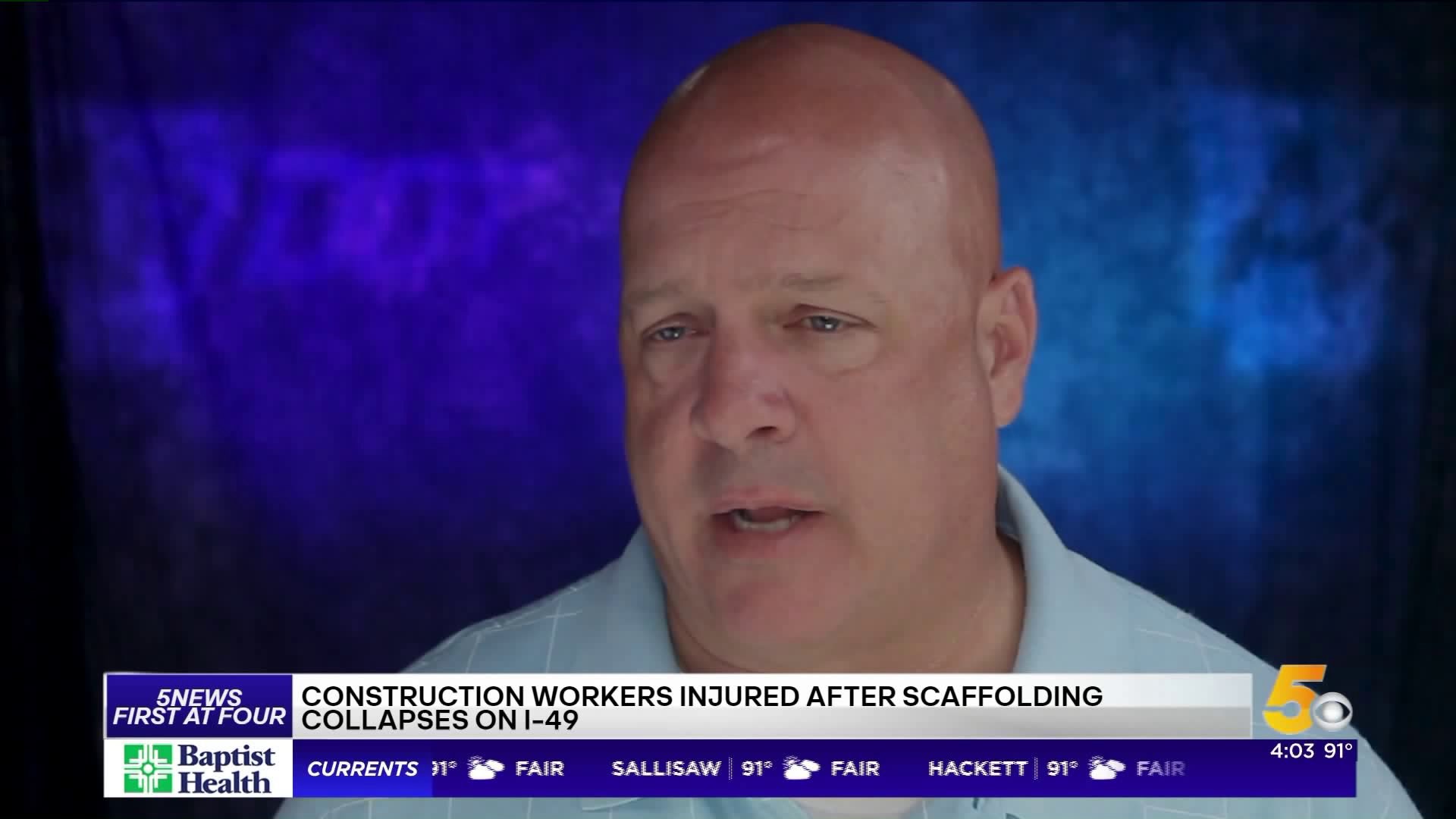 Straessle told 5NEWS that construction crews were in the process of taking down the scaffolding in the northeast corner of Walnut and I-49 when the rig they were using shifted collapsed injuring two workers.

The collapse did not impact the westbound lanes of travel and stayed in the construction work zone.

The scaffolding was being used to hold up and install bridge beams in the construction of the new bridge over West Walnut Street, Straessle said. He said there is no threat of a bridge collapse because the beams have already been locked into place.

Only one of the two workers was transported to an area hospital for a crushed finger in which he may lose the fingernail, Straessle said. The second worker refused treatment at the scene for a minor injury. He did not specify the injury.

"Construction can be dangerous, and these crews were very fortunate today that nobody was in the position where the scaffolding fell," Straessle said. "We're also fortunate that the scaffolding did not fall into the westbound outside travel lane of U.S. [71] that goes underneath the bridge."

Straessle said both workers are expected to make a full recovery.