FORT SMITH (KFSM) — Fort Smith Mayor Sandy Sanders announced he will not seek re-election in 2018. The vacancy has lead to at least two announcing their p... 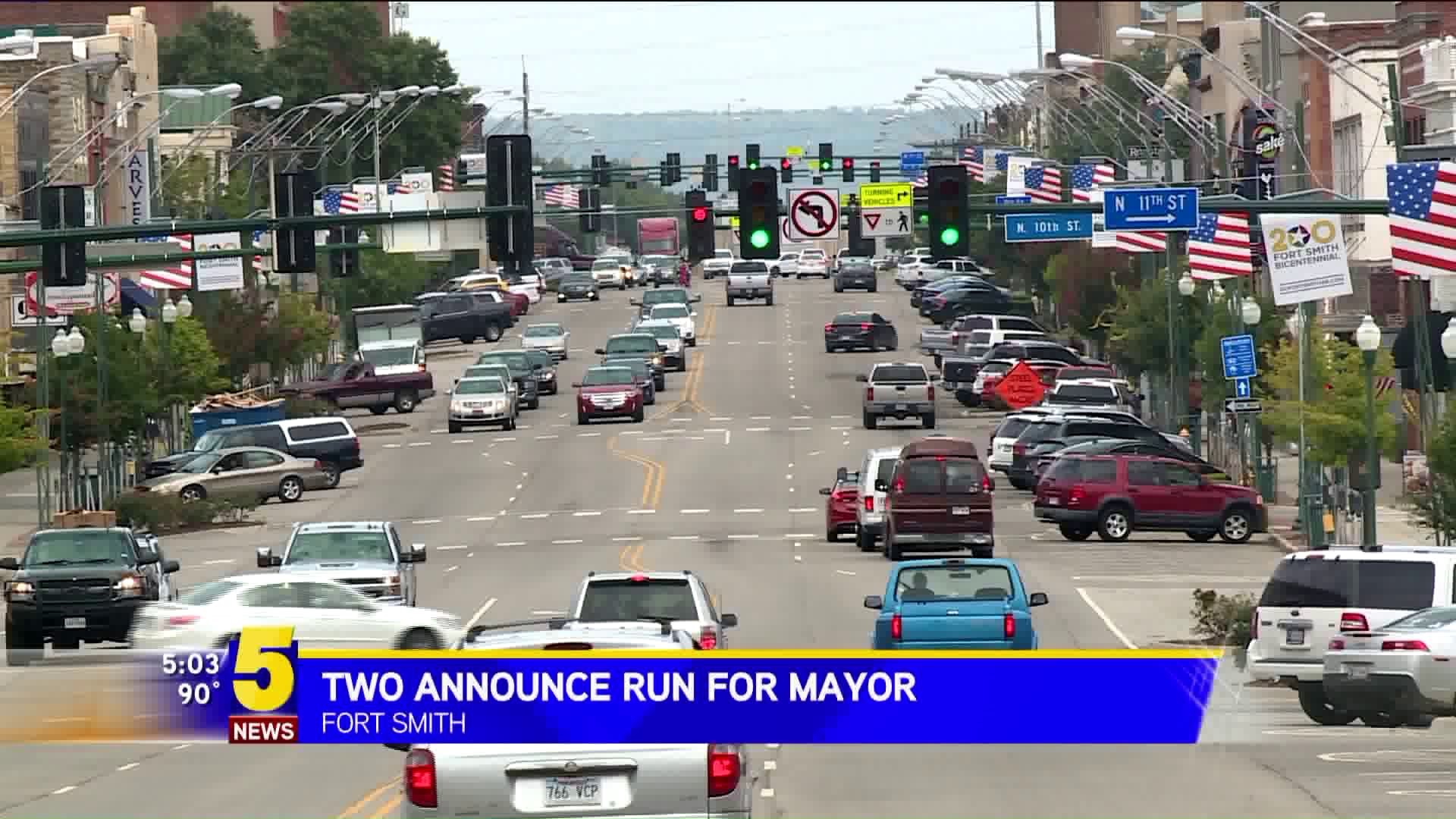 The vacancy has lead to at least two announcing their plans to run for the seat.

George McGill, 71, a native to Fort Smith and the Assistant Speaker Pro-Tem for the 91st Arkansas General Assembly announced he will run for the position.

"First of all, I couldn't think of a better city to serve than Fort Smith. It's a great city," McGill said.

Luis Andrade, 21, an immigrant from Brazil and student at UAFS will also seek the seat.

"I want to be remembered as the young mayor who turned things around and made this town good to live in," Andrade said.

Both candidates have served in the military and have different ideas on what they see as the future of Fort Smith.

"Certainly we are going to put some attention on the consent decree. I think it's very important that we stay engaged with the federal government to see if  they can give us some kid of relief for it. At the same time we need to see what we are going to do for our hard working employees here. Make sure we  protect our fire and police with their pension plans," McGill said. "More importantly I would be that voice for the citizens and express their concerns and make sure they are heard."

"I want to bring back passion and integrity, hope that we can do a lot better then what we are doing now. We need to make it a better environment for businesses to operate in. There's a lot of regulations in Fort Smith that we don't see in other towns in Arkansas. We're growing at a very slow rate compared to other cities around us," Andrade said. "To make a more transparent government to where everybody has a voice. I want to  be remembered as a young Mayor who turned things around and made Fort Smith great again."

Fort Smith pastor and current City Council member, Don Hutching said he is thinking about entering the election, but has not decided if he will do so as of yet.