FORT SMITH (KFSM) — The leader of a local mosque is showing mercy for those accused of vandalizing his place of worship. Hisham Yasin said since the incid... 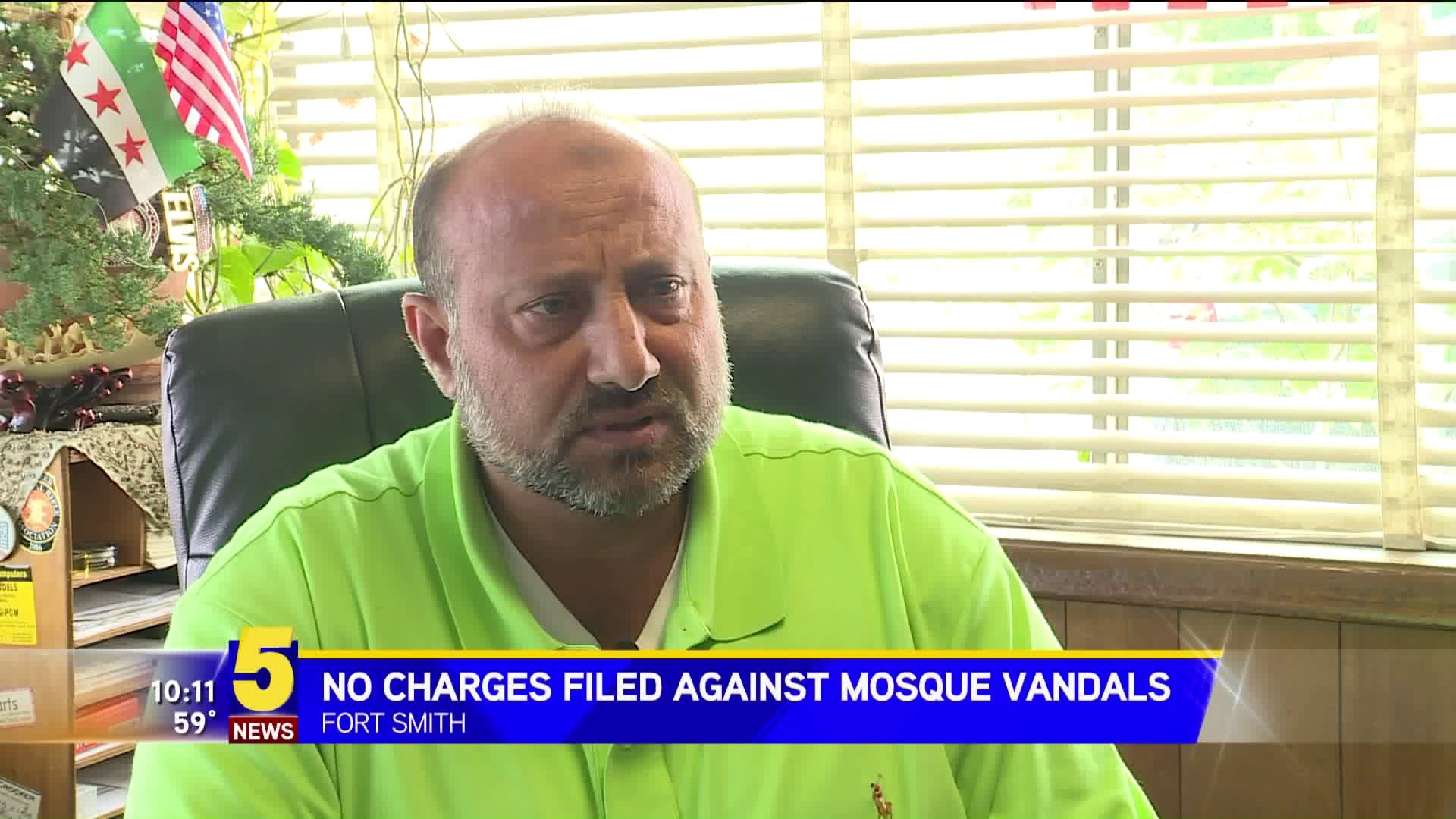 FORT SMITH (KFSM) -- The leader of a local mosque is showing mercy for those accused of vandalizing his place of worship.

Hisham Yasin said since the incident happened he has seen the community ban together to help clean the graffiti and heal, which is why he decided not to file any charges.

"We as a Muslim community, we decide to drop our charges just to let them know we are we can forgive and we forgive them and we and we ask for mercy for them," Yasin said.

Yasin said the judge told him punishment for the three vandals could have been up to six years in jail. He said he did not want to destroy their future.

Two men were arrested on February 17 in connection with vandalizing two Fort Smith mosques during October 2016.

Craig Wigginton, 19, and Abraham Davis, 20, were facing felony first-degree criminal mischief, according to a news release.

Police began investigating after two mosques were vandalized Oct. 20. Spray paint was used to write vulgar words on the mosques. Swastika's were also painted on the building and the words 'Go Home'.

After receiving an anonymous tip, investigators interviewed Wigginton and Davis Friday (Feb. 17) about their alleged involvement, the release states. 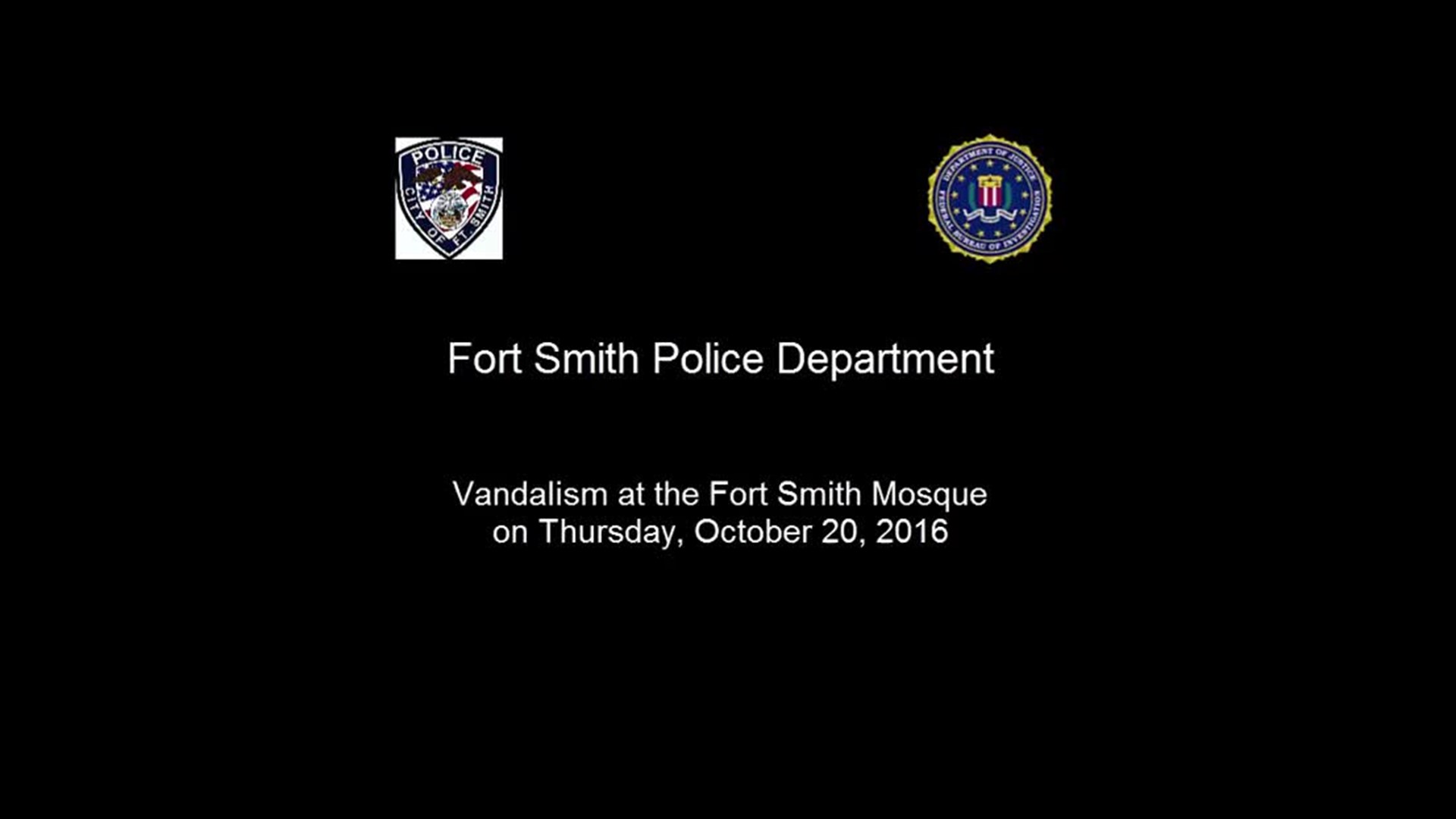 Hisham Yasin, a spokesperson for the Islamic prayer center said the journey has lead to an overwhelming show of support.

"We've seen a lot of support from the whole city, even from surrounding areas-even from Fayetteville, all churches," Yasin said.

After news of Abraham Davis' arrests was made public his brother Noah Davis approached 5 NEWS and wanted to offer comment on his brothers behalf.

"He didn't do any of the vulgar paintings on the side of the buildings. He was basically a look out and the driver. He was not someone who would attack race in any form of other races black, Muslim, Hispanic anything like that. He was a very kind person. He had a lot of friends of multiple races and multiple religions. Abraham is gratefully sorry and I hope Fort Smith knows that," Noah Davis said. "Upon taking him to jail he was shaking. He was in fear that he did something wrong. Abraham didn't do any of the writing. He was willing to turn himself in and put this behind him. Abraham is gravely sorry and I hope Fort Smith knows that." 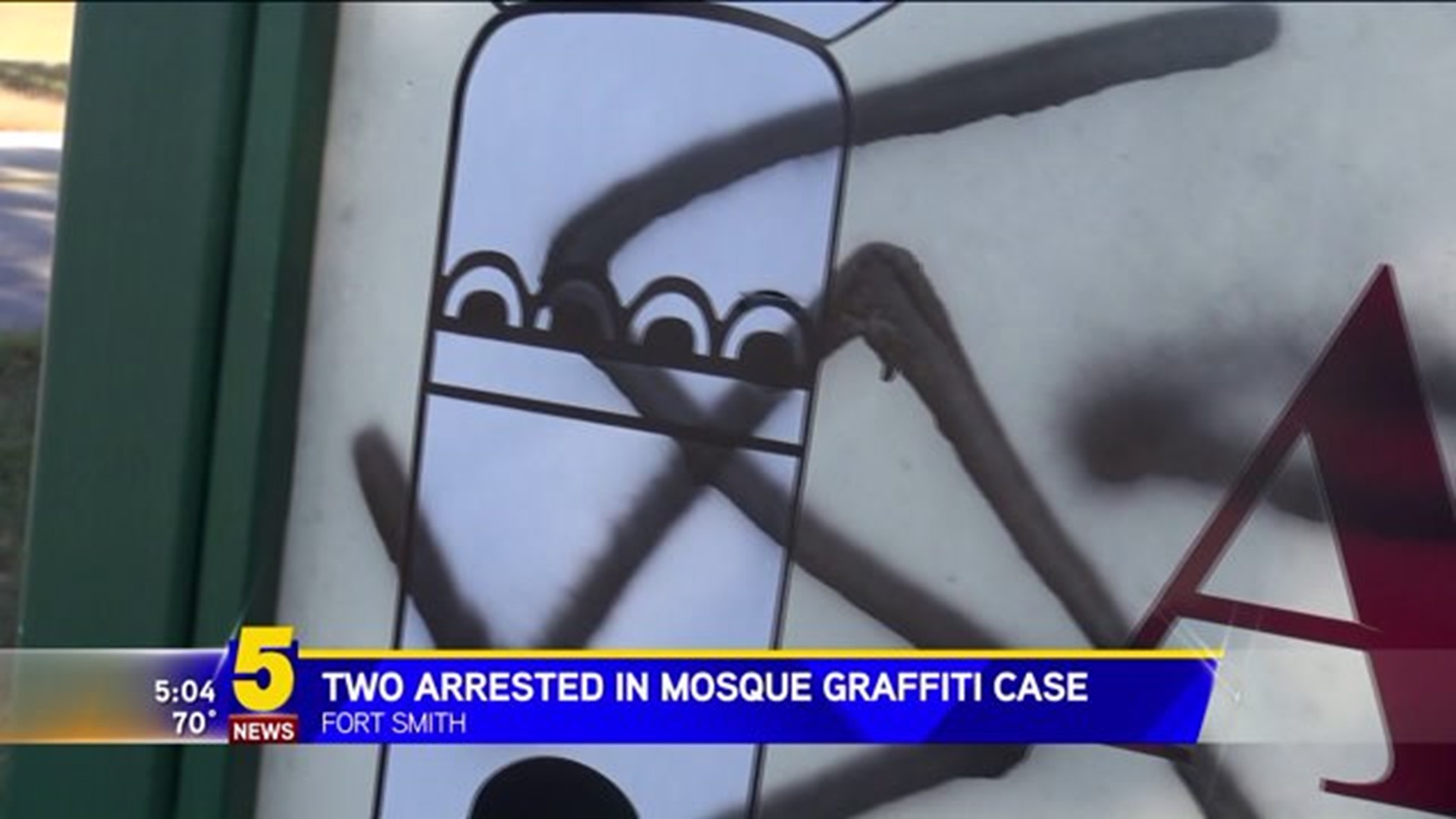