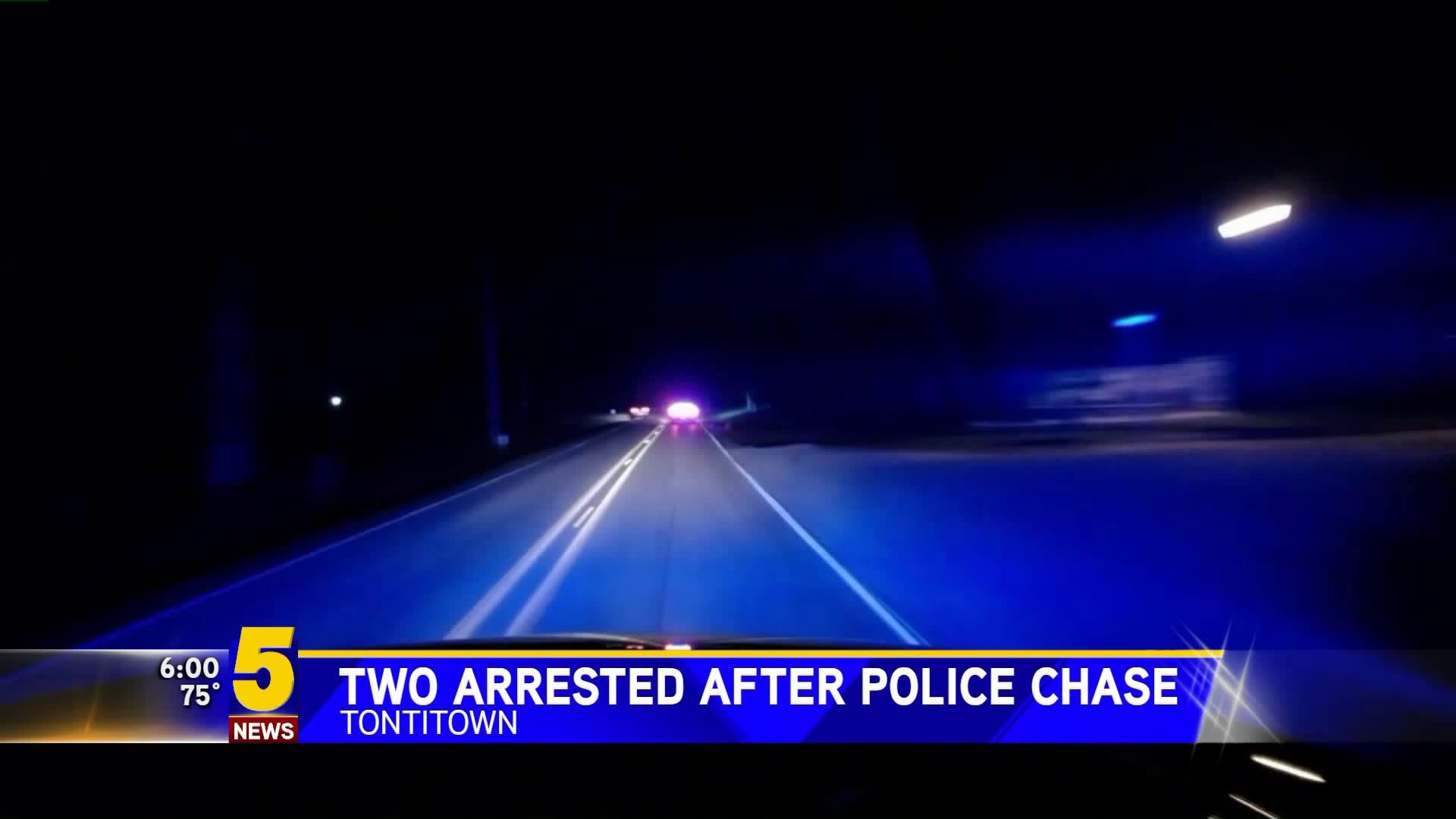 Capt. Corey Jenison with the Tontitown Police said the pursuit began at 9:53 p.m. Thursday on Arkansas 112 when officers tried to stop a vehicle for traffic violations.

The vehicle fled, and Tontitown officers pursued it for more than half an hour through the city, then into Washington County. The pursuit was joined by officers from Farmington and Elm Springs, as well as Arkansas State Police and Washington County Sheriff's deputies.

During the pursuit, Jenison said, a woman began throwing items out of the vehicle. Those items were later recovered and included 29.42 grams of methamphetamine, drug paraphernalia and stolen property.

"It was miscellaneous items," Jenison said of the stolen property. "It may be a while before we figure out where it all came from."

The officers finally used a Precision Intervention Technique, or PIT, maneuver to bring the chase to an end at Viney Grove Road and Goose Creek Road in Washington County. The man and woman inside the vehicle were then arrested.

They each face charges of felony fleeing, second-degree battery, first-degree criminal mischief, possession of a controlled substance, possession of drug paraphernalia, tampering with physical evidence and financial identity fraud. Both are being booked into the Washington County Detention Center, Jenison said.

One injury was reported from the chase when a Tontitown officer was involved in a collision and received minor injuries, Jenison said.

Capt. Wes Hart of the Tontitown Police said the officer was injured when his vehicle slid off the road and hit a tree during the chase. He received minor injuries to his arm. The officer was cleared by EMS  workers who responded to the scene.

"He was given the night off to go home, because he'll be sore," Jenison said. He said the "minor injuries" were from the airbag deployment, but since it was the officer's "Friday," he'll be off his standard two days and return to duty as normal.