FAYETTEVILLE, Ark. (KFSM) — Thousands of fans came out to cheer on the Bulldogs football team Friday (Aug. 30). For the Flannigan’s though, Friday night f... 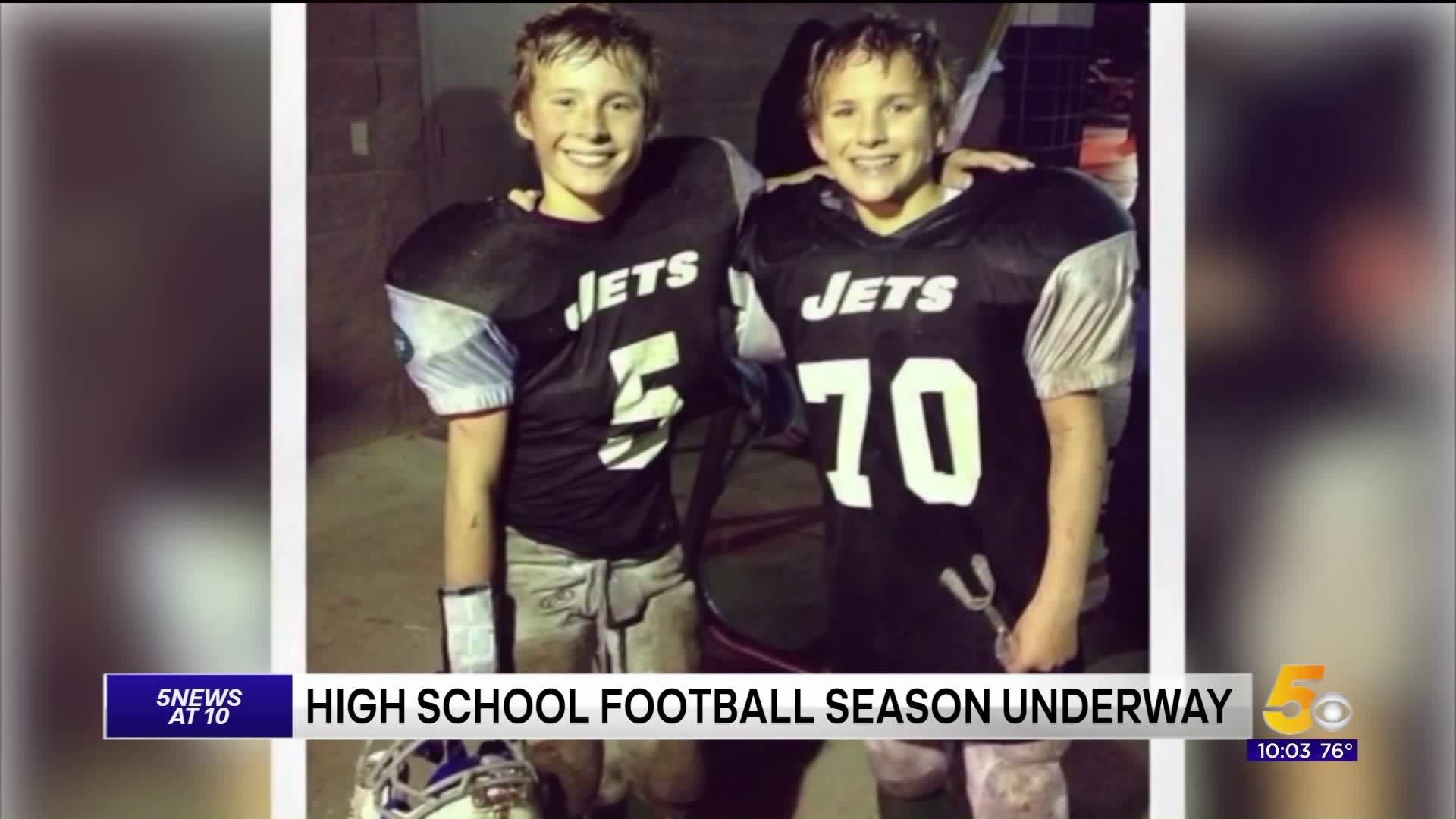 For the Flannigan's though, Friday night football has a whole new meaning. Not only are their twin boys on the team, but they have their dad as a coach.

"It’s very rewarding, I can’t think of a better opportunity for a father to be able to spend as much time with his sons as I’ve been able to do," said their father and coach, Shawn Flannigan.

Shawn is the inside receivers coach at Fayetteville High School, but he's also a dad to two players on the team, twin brothers Connor and Brooks.

"It’s good having someone we can trust on the sideline all the time," Connor said.

The brothers have been playing football together for as long as they can remember.

"It’s fun. I mean, of course, we’re super competitive growing up in a football family. We fight every once in a while but it’s definitely fun because we get to go back and forth, especially being on the other side of the ball from each other," Connor said.

Connor, who plays wide receiver and Brooks, who plays corner, say although it's fun, it hasn't always been easy having a dad as a coach.

"I've always told them you have to prove yourself twice and do everything twice as hard and twice as good and prove you actually belong and you’re not getting any special treatment," Shawn said.

Even though they might not be on the field at the same time, the Flannigan brothers say they always know what's going through the other one's mind.

"We can get full sentences in just by looking at each other, with eye movements or something, there’s definitely a little bit of telepathy going on," Connor said.

Coach Flannigan says the boys would be nothing without their biggest cheerleader, their mother Hannah.

Hannah never misses a game and says one of the biggest perks of being a coach's wife is running on the field after a game.

"We can celebrate together that’s always fun, our life revolves around football so anytime we’re out here on the field or on or at home it’s always on our minds especially after a big win or a playoff game it’s a big celebration," Connor said.

Connor and Brooks both have a few different offers for college athletics across the country.

They say right now they don't even want to think about not playing together and plan to make every last minute count during their senior season.