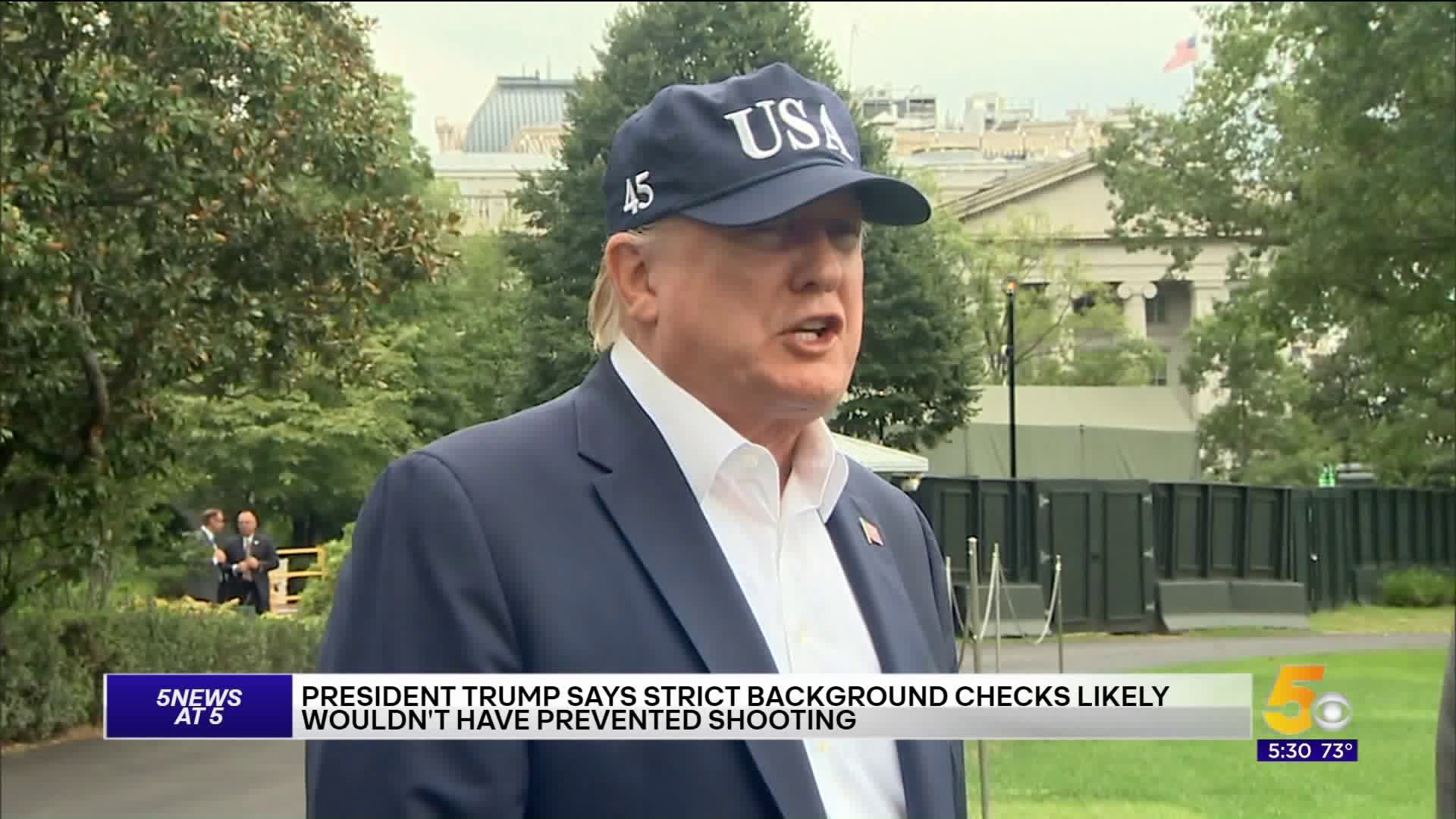 WASHINGTON (AP) — President Donald Trump expressed a commitment Sunday, hours after the latest deadly mass shooting, to work with a divided Congress to "stop the menace of mass attacks." He said any measures must satisfy the competing goals of protecting public safety and the constitutional right to gun ownership.

Trump spoke shortly after the death toll in Saturday's rampage in West Texas rose to seven as authorities worked to understand why a man pulled over for a traffic infraction opened fire on state troopers and fled. He shot more than 20 people before he was killed by police. A motive has not been released.

The president said it would be "wonderful to say" he'd work to "eliminate" mass shootings, but acknowledged that that was unlikely.

"We want to substantially reduce the violent crime," Trump said at the top of a briefing about Hurricane Dorian at Federal Emergency Management Agency headquarters in Washington.

Trump's commitment to gun control has been in doubt ever since 17 students and adults were killed in a shooting at a Parkland, Florida, high school on Valentine's Day in 2018. Trump came out in favor of stronger background checks after the shooting, but then quickly retreated under pressure from the National Rifle Association, which strongly supported his bid to become president.

More recently, he has gone back and forth on the need for stronger background checks for gun purchases following the back-to-back shootings in El Paso, Texas, and Dayton, Ohio, that killed more than 30 people about a month ago.

Trump on Sunday mentioned the need for "strong measures to keep weapons out of the hands of dangerous and deranged individuals" along with changes to a mental health system he described as "broken." He also called for ensuring that criminals with guns "are put behind bars and kept off the streets."

"Public safety is our No. 1 priority, always wanting to protect our Second Amendment. So important," he said, referring to the constitutional amendment that established the right to keep and bear arms.

Trump told reporters earlier Sunday that he's been speaking to lawmakers from both political parties and "people want to do something." He said the administration is "looking at a lot of different things" and hopes to have a package ready by the time Congress returns to session next week.

The Republican-controlled Senate has refused to take up several gun-control bills that passed the Democratic-controlled House this year, and the GOP historically has opposed many efforts to strengthen the nation's gun laws.

But Trump also seemed to cast fresh doubt Sunday on the merits of instituting more thorough background checks, saying they would not have prevented any of the recent mass shootings. Instead, Trump sought to blame mental health issues although authorities have not identified that as a contributing factor.

In the days immediately after the August shootings, Trump said he was eager to implement "very meaningful background checks" and told reporters there was "tremendous support" for action. He said he disagreed with the NRA's stance that any legislation would open the door to infringing on Second Amendment rights.

But the president has also acknowledged that his core supporters support gun rights, which highlights the challenge he has to balance the politics of gun control before the 2020 elections.