(CNN) — President Donald Trump will spend the weekend at Camp David monitoring Hurricane Dorian instead of traveling to Poland as planned, but he’ll... 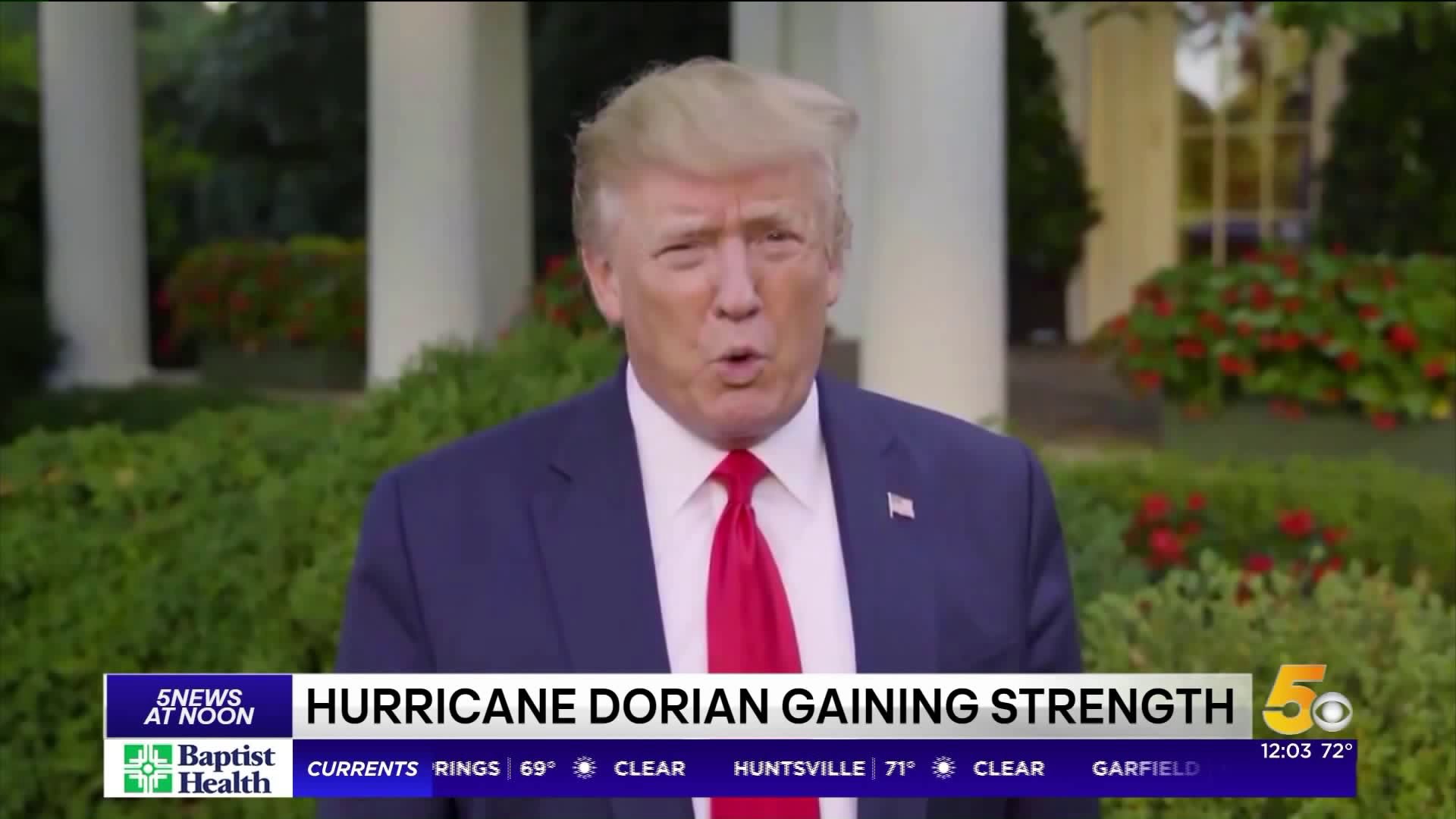 (CNN) -- President Donald Trump will spend the weekend at Camp David monitoring Hurricane Dorian instead of traveling to Poland as planned, but he'll be doing it without a permanent FEMA administrator or a confirmed secretary of Homeland Security.

Trump selected former Alabama official Jeffrey Byard to lead the federal emergency agency earlier this year after former head Brock Long was pushed out amid the fallout from a controversy over his personal use of government vehicles and clashes with former Homeland Security Secretary Kirstjen Nielsen. But three months into hurricane season, Byard has yet to be confirmed by the Senate.

Instead, Pete Gaynor has continued to serve as the acting administrator of FEMA in an administration increasingly filled with acting titles. Gaynor joined the agency in late October 2018 after being confirmed by the Senate as the deputy administrator. Dorian is his first hurricane at the agency.

Trump has remarked that he likes Cabinet secretaries and other advisers with the word "acting" in front of their titles because it gives him more "flexibility," but experts have warned it could be damaging in the long term because permanent staffers provide administrations with stability.

Because entire presidencies have been judged by a commander-in-chief's response to a natural disaster, a potentially disastrous hurricane brings additional scrutiny. Trump is still dealing with criticism over his handling of Hurricane Maria, which devastated Puerto Rico in 2017.

Trump has warned the storm is "looking like it could be an absolute monster." He also, oddly, said it was going to hit "dead center" -- but it's unclear what he was referring it would hit "dead center" of. He has multiple properties in Florida, including his Mar-a-Lago resort in Palm Beach -- directly in the projected current path of the storm.

The White House released photos Friday of Trump being briefed by a team of advisers.

Trump picked Byard as a permanent administrator in February, though it took several more months before the White House formally sent his nomination to the Senate. Since then, Byard's nomination has languished on Capitol Hill for reasons that remain unclear. He was approved by the Homeland Security committee in June, but is still waiting on a full Senate vote.

The White House declined to comment on the status of the FEMA appointment.

During a recent hearing, Gaynor told lawmakers that the agency's full time workforce is fully staffed, but noted that the temporary employees — who help out in disasters — are shorthanded by more than 2,000 people.

"It has been a struggle for FEMA to make sure that we have enough disaster responders in reserve," Gaynor testified, later adding that FEMA "trained a thousand reservists to be ready for hurricane season" last spring.

That hearing happened 11 days after the start of hurricane season.

Another official who typically helps shepherd a President through a hurricane is the secretary of the Department of Homeland Security. In the Trump administration, that's an acting position, too.

Trump selected Kevin McAleenan to lead the department after Nielsen resigned in April. McAleenan -- who was prepared to resign at one point this summer over Trump's threat to deport "millions" of undocumented immigrants -- traveled to El Salvador this week, but returns to Washington Friday and will assist the President as he monitors the hurricane.

McAleenan plans to be at FEMA over the weekend, according to a DHS official.

"DHS is employing all its resources to prepare for Hurricane Dorian -- an approach that will be locally executed, state managed, and federally supported," McAleenan said in a statement Friday. "If you are in the path, now is the time to prepare. Please know your evacuation and shelter plan, discuss your plan with family and friends, gather needed supplies - including medications, and include a plan for your pets."

The homeland security adviser, who plays a major part in briefing the President and overseeing the national disaster recovery efforts, also has a diminished role. Rear Adm. Peter Brown, who occupies that title, is not in an acting position, but a greatly shrunken one, multiple officials told CNN.

It was once occupied by Tom Bossert, a former lawyer who served as the Deputy Homeland Security Advisor during George W. Bush's administration. As Trump's homeland security adviser, Bossert interacted and reported directly to the president. He regularly briefed reporters and made multiple television appearances as hurricanes approached the US. But Bossert was pushed out last April by the newly installed national security adviser, John Bolton -- one of the first moves Bolton made in the job.

He then downgraded the position not once, but twice -- a detail that has not previously been publicly disclosed.

While being homeland security adviser once held serious weight, it now ranks beneath the deputy national security adviser. Brown -- the current adviser -- reports to Bolton, not Trump.

On Friday, Trump approved an emergency declaration for the state of Florida.

As the east coast of Florida steeled itself for Dorian's arrival Friday, the state's governor Ron DeSantis gave a televised briefing on the state's preparations alongside state and local officials. The new governor -- who defeated Andrew Gillum in the race last fall -- is also untested; Dorian will be the first major storm he faces as the state's executive.

DeSantis assured Floridians that he was prepared, and in touch with Trump.

"I did speak with the president on Wednesday night," DeSantis said. "The administration has been great, and they've assured they're gonna provide all the resources we need. The president was scheduled to leave the country and has canceled that trip because i think the administration recognizes that this is a really, really serious event."