SPRINGDALE (KFSM) — Comments made by President Trump during an interview set to be released Sunday (Nov.4) on HBO sparked a protest by immigration activis... 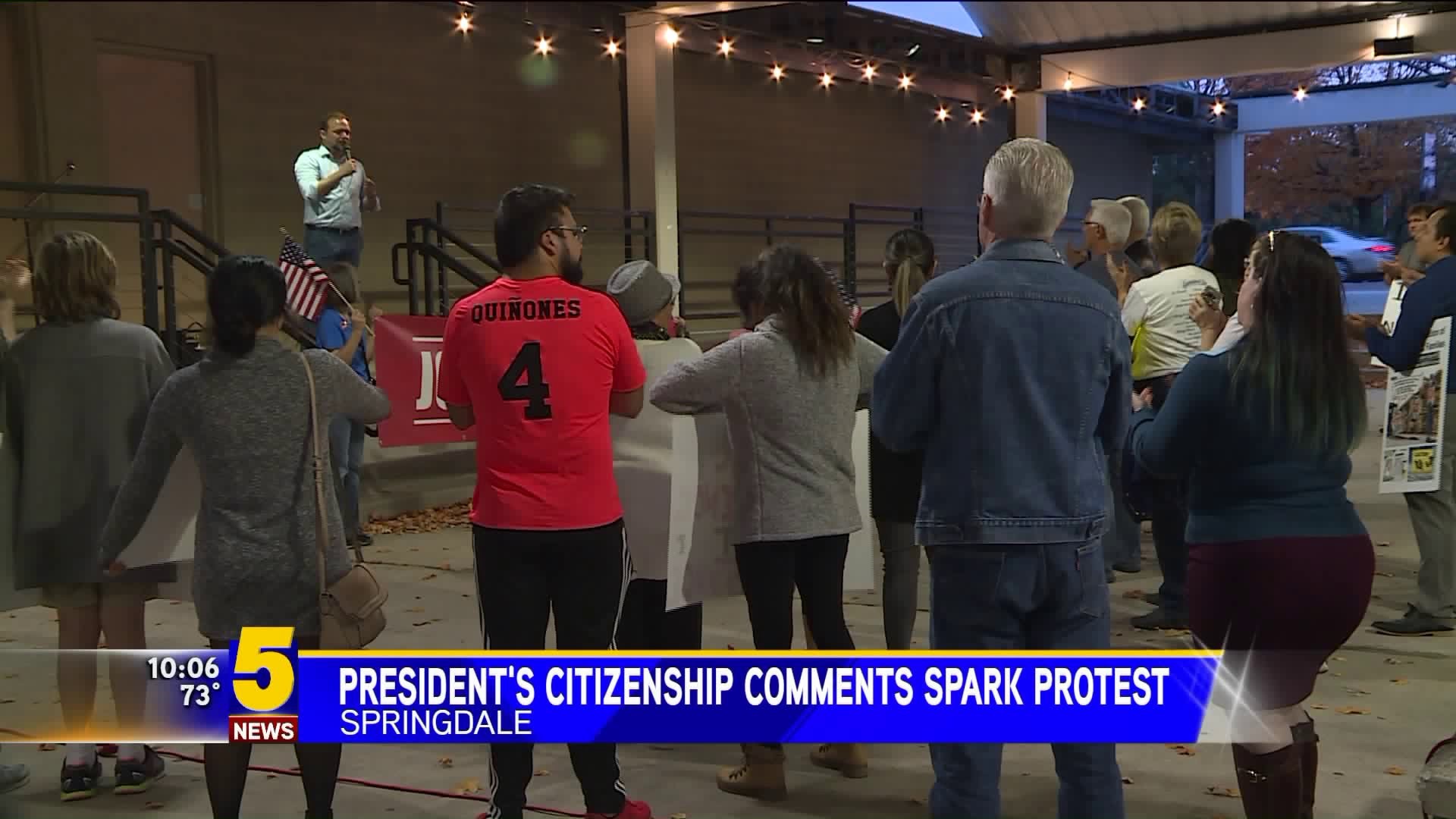 SPRINGDALE (KFSM) -- Comments made by President Trump during an interview set to be released Sunday (Nov.4) on HBO sparked a protest by immigration activists in Springdale on Tuesday (Oct. 30).

A crowd of a few dozen turned out at the Shiloh Square in downtown Springdale to express their discontent with those words.

In the interview, Trump floated the idea of issuing an executive order to stop the practice of birthright citizenship.

“We’re the only country in the world where a person comes in, has a baby, and the baby is essentially a citizen of the United States for 85 years with all of those benefits,” Trump said in an interview for “Axios on HBO.” “It’s ridiculous. It’s ridiculous. And it has to end,” he continued. “It was always told to me that you needed a constitutional amendment. Guess what? You don’t,” he said, adding that he has run it by his counsel. “You can definitely do it with an act of Congress. But now they’re saying I can do it just with an executive order,” Trump said in the interview.

It's a right that has angered some conservatives over the years, while some their fellow conservatives say the text of the amendment is clear.

Speaker of the House Paul Ryan said in an interview Tuesday (Oct. 30) that Republicans didn’t like when then-President Barack Obama “tried changing immigration laws via executive action. He says “obviously as conservatives we believe in the Constitution.”

People at the rally in Springdale said they are urging those who may be worried by the president's words to stay informed.

"As a DACA recipient myself the rhetoric for the administration, down, can cause anxiety, but you gotta just stay informed, stay on top of things, and make sure you're civically engaged," Diego Quinones said. "Democracy only works when people are civically engaged and voting."

President Trump did not say in the teased interview when he would sign an executive order to stop birthright citizenship.