‘True Detective’ Props To Be At Fayetteville Salvation Army

FAYETTEVILLE, Ark. (KFSM) — Fans of the hit HBO show True Detective, which was shot right here in Northwest Arkansas, will soon get the opportunity to buy props... 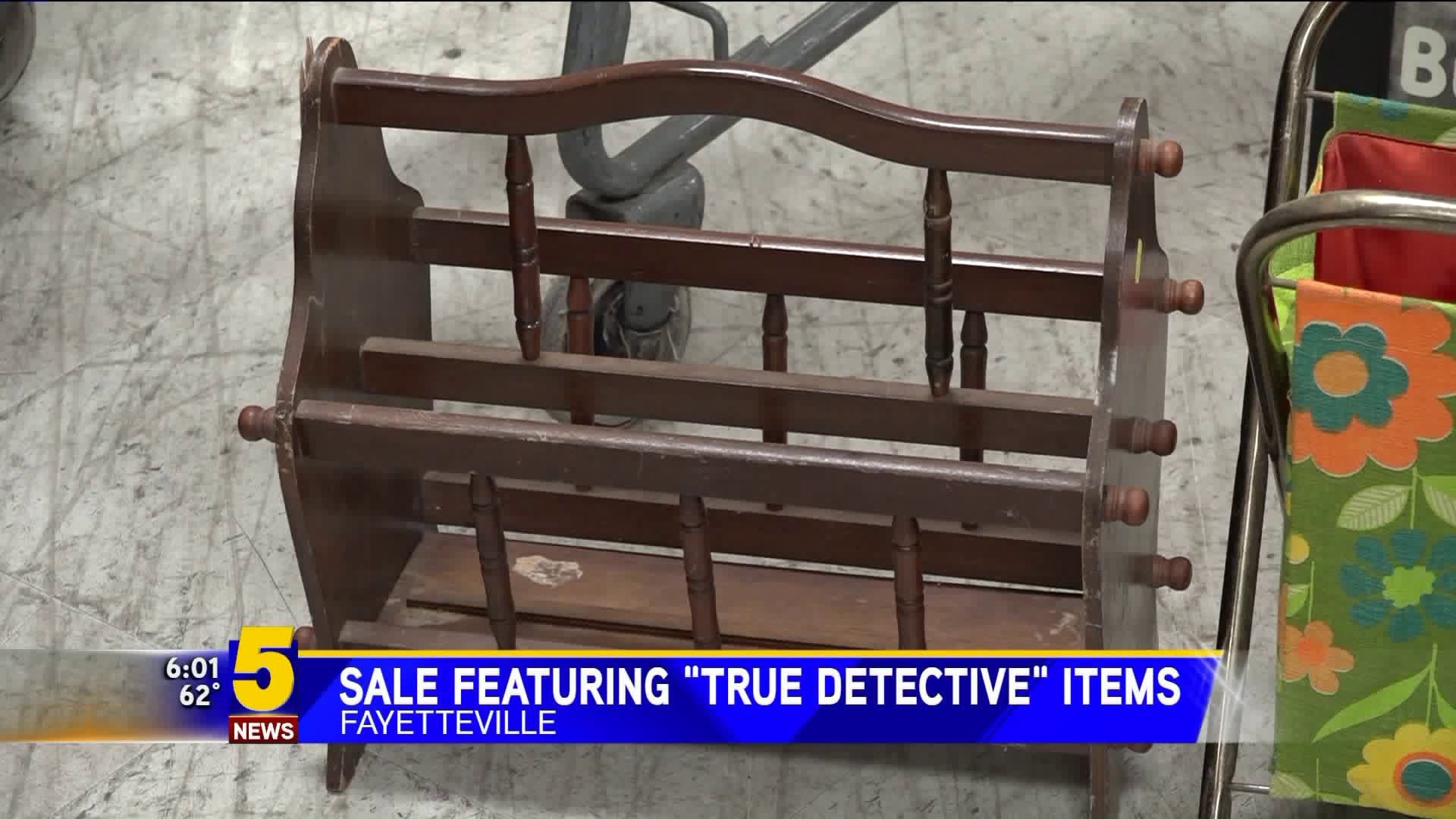 FAYETTEVILLE, Ark. (KFSM) — Fans of the hit HBO show True Detective, which was shot right here in Northwest Arkansas, will soon get the opportunity to buy props from the show.

The Salvation Army in Fayetteville ended up with all of the shows clothing and props after filming wrapped up. They've already sold the clothes but fans will soon have the chance to buy furniture and other props from the show.

Rutherford said they've had the stuff since last fall but had to keep it a secret until after the series aired.

“It's been very fulfilling to be part of that process and just being part of the hype of the whole filming of it,” Rutherford said.

Rutherford said there were nine truckloads of furniture, props and clothes from the series that took them two days to haul from a warehouse to the thrift store.

“Lot of stuff, lot of moving. People always say they hate moving, we did it for two days straight and are still doing it,” Rutherford said.

Salvation Army worker Ivan Herring said it was a really neat experience to help producers from the show find what they were looking for, and now it will be fun for fans to be able to buy those same items for themselves.

“A lot of people are wanting certain things like on certain scenes, they wanted to see like," Herring said. "Some of the people even their kids was playing in certain scenes are they were looking for things that were on the set."

The sale was originally going to be this Saturday (May 10), but because a lot of rain is in our forecast, they have postponed the sale to next Saturday (May 18). It will be open to the general public starting at 10 a.m.

VIP tickets will be for sale at all NWA Salvation Army locations for $10 dollars which will get you early access starting at 8 that morning.