Trial Over Arkansas’ Use Of Execution Drug Nearing End

LITTLE ROCK, Ark. (AP) — A federal trial to consider the legality of Arkansas’ use of a sedative in executions ended Thursday without a ruling from the be... 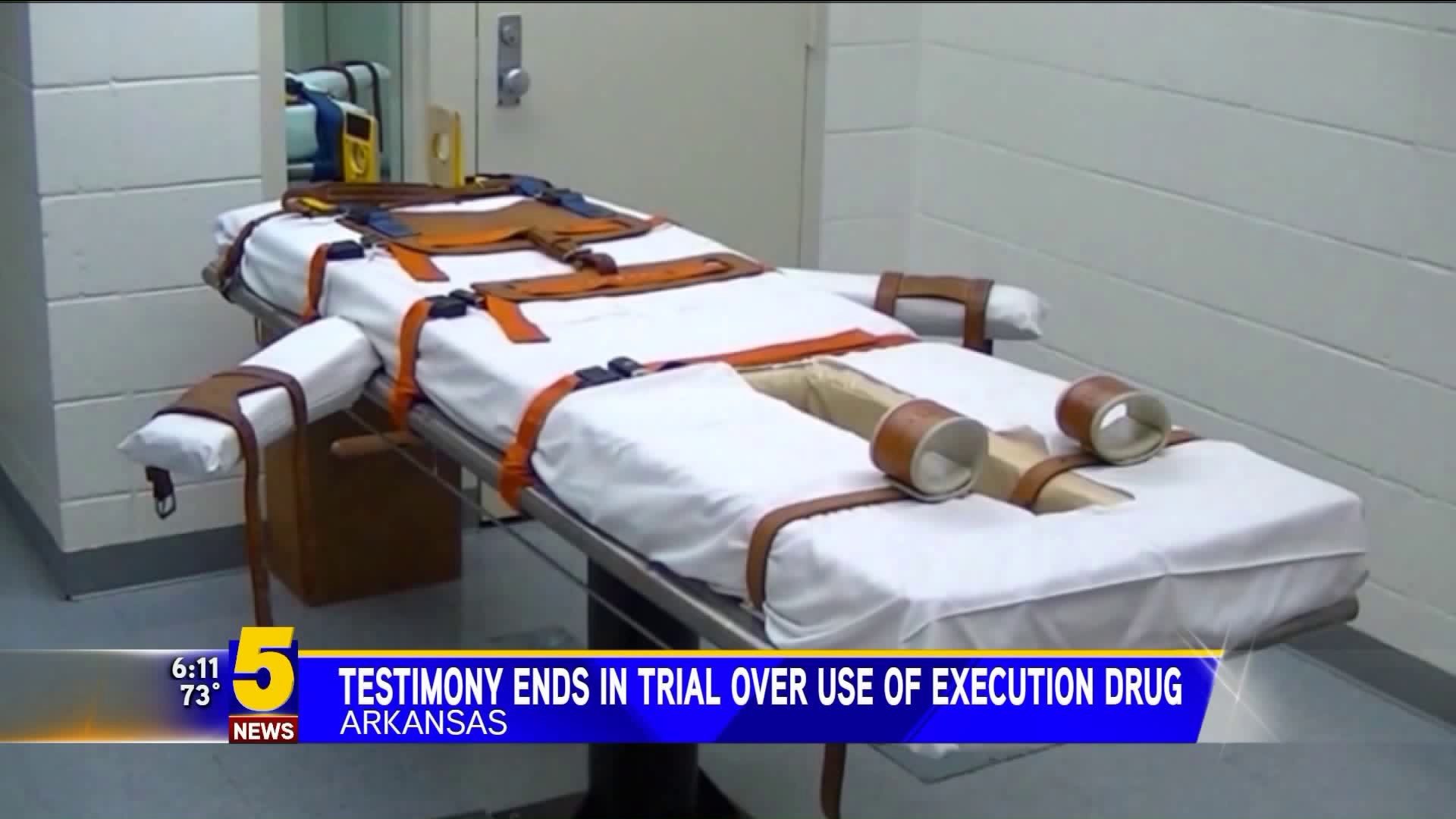 LITTLE ROCK, Ark. (AP) — A federal trial to consider the legality of Arkansas' use of a sedative in executions ended Thursday without a ruling from the bench.

In their closing arguments, lawyers for death row inmates challenged the use of midazolamin lethal injections, saying it doesn't provide enough anesthesia to block pain. They said the sedative effects of the drug aren't sufficient to stop the second administered drug, a paralytic, from making inmates feel like they're "being set on fire."

The state called that argument "pure, rank speculation," and noted that the sedative has been used in dozens of executions around the country.

U.S. District Judge Kristine Baker said she will consider both sides' arguments and issue a written order. No timeline was provided.

Although dozens of people are on death row in Arkansas, no executions are currently scheduled and have effectively been on hold since the beginning of the year when the last of their lethal injection drugs expired. Officials believe they'll be able to get a new supply when a law expanding the secrecy of the drugs' source takes effect in July.

Two years ago, the state attempted to execute eight inmates before its last batch of midazolam expired. Four of the eight were executed but courts halted the remaining four.

The latest trial focused on two executions that inmates' attorneys said had been problematic.

On Wednesday, Department of Correction Director Wendy Kelley testified about her role overseeing the four executions in 2017. Witnesses have testified that inmate Kenneth Williams lurched and convulsed during his execution. But Kelley said that while the movement was "startling" and unexpected, he didn't appear to be in pain.

The attorneys also argued for alternative forms of execution, such as by firing squad or a barbiturate common in physician-assisted suicide. Senior Assistant Attorney General Jennifer Merritt responded that inmates would suffer more pain in death by firing squad, while the potential for an elongated death is greater with the barbiturate.