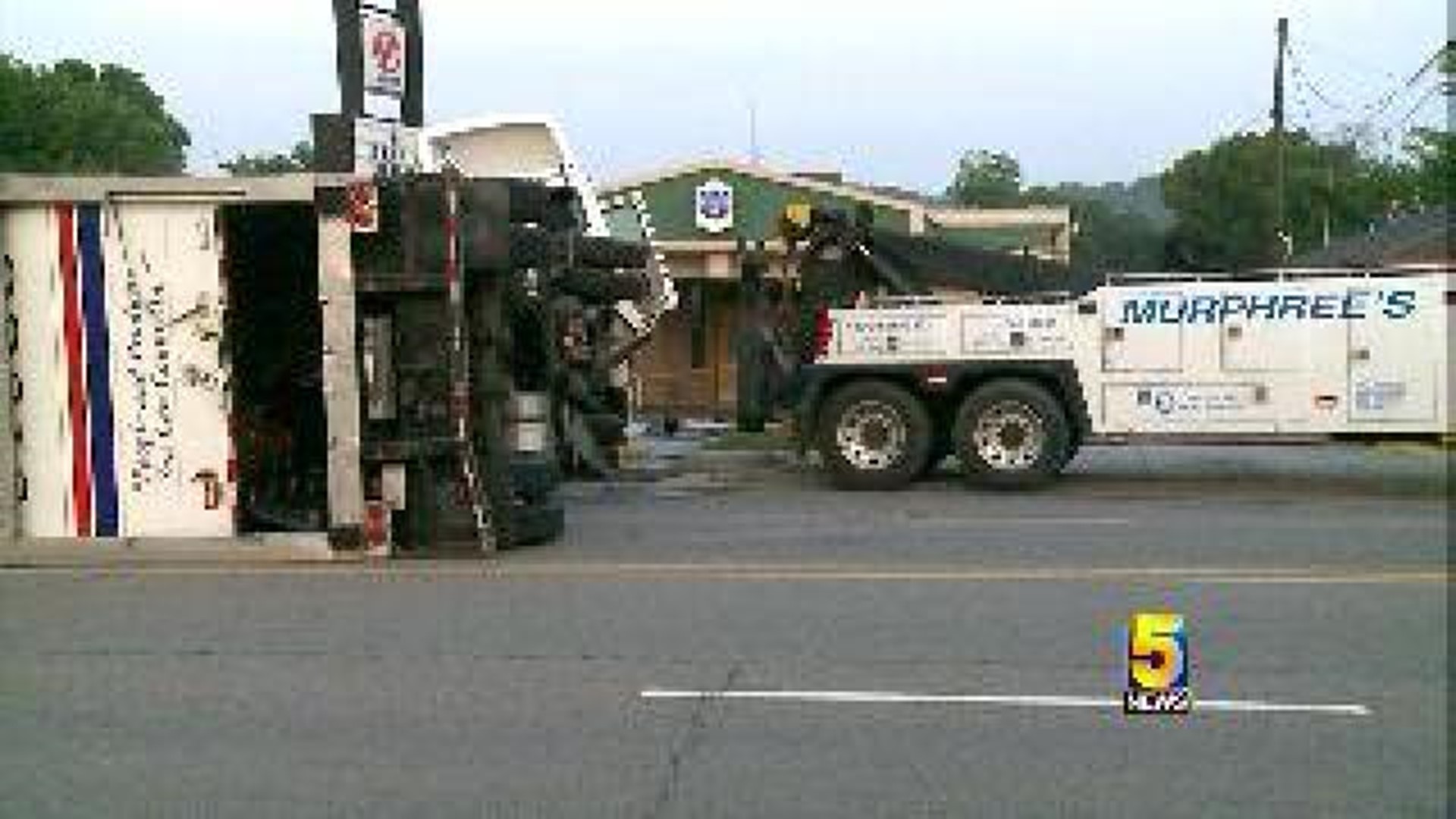 FORT SMITH (KFSM) - Fort Smith Police said a semi truck driver is injured after his truck overturned in Fort Smith. The accident happened just after 5 a.m. Tuesday (Aug. 5) in front of the Knight's Inn at 3810 Towson.

"I thought it was something in the building exploded, "said Knight's Inn employee George Addington.

Authorities said the semi crashed while trying to avoid a car making an illegal u-turn. "There was an orange Dodge Challenger that cut this driver off and he swerved to avoid him and he hit the sign,"said Battalion Chief Tery Graves with the Fort Smith Fire Department.

According to Addington,"I seen the wreckage and I climbed up there and talked to the driver to make sure he was okay and I told him to sit still."

Graves said it was the sheer impact and the weight of the trailer that caused the truck to overturn.

First responders said the semi was leaking diesel fuel at the time of the accident, but it did not pose a threat. Crews were brought in to get the spill cleaned up.

"The call came in as a fuel leaking out of the truck, "said Graves. "Whenever you get a call like that you can assume that it is a tanker or something like that."

The names of the drivers have not been released at this time.