Tontitown, Ark. (KFSM) — We are three weeks away from the start of a more than 120-year tradition – the Tontitown Grape Festival. Preparation started Mond... 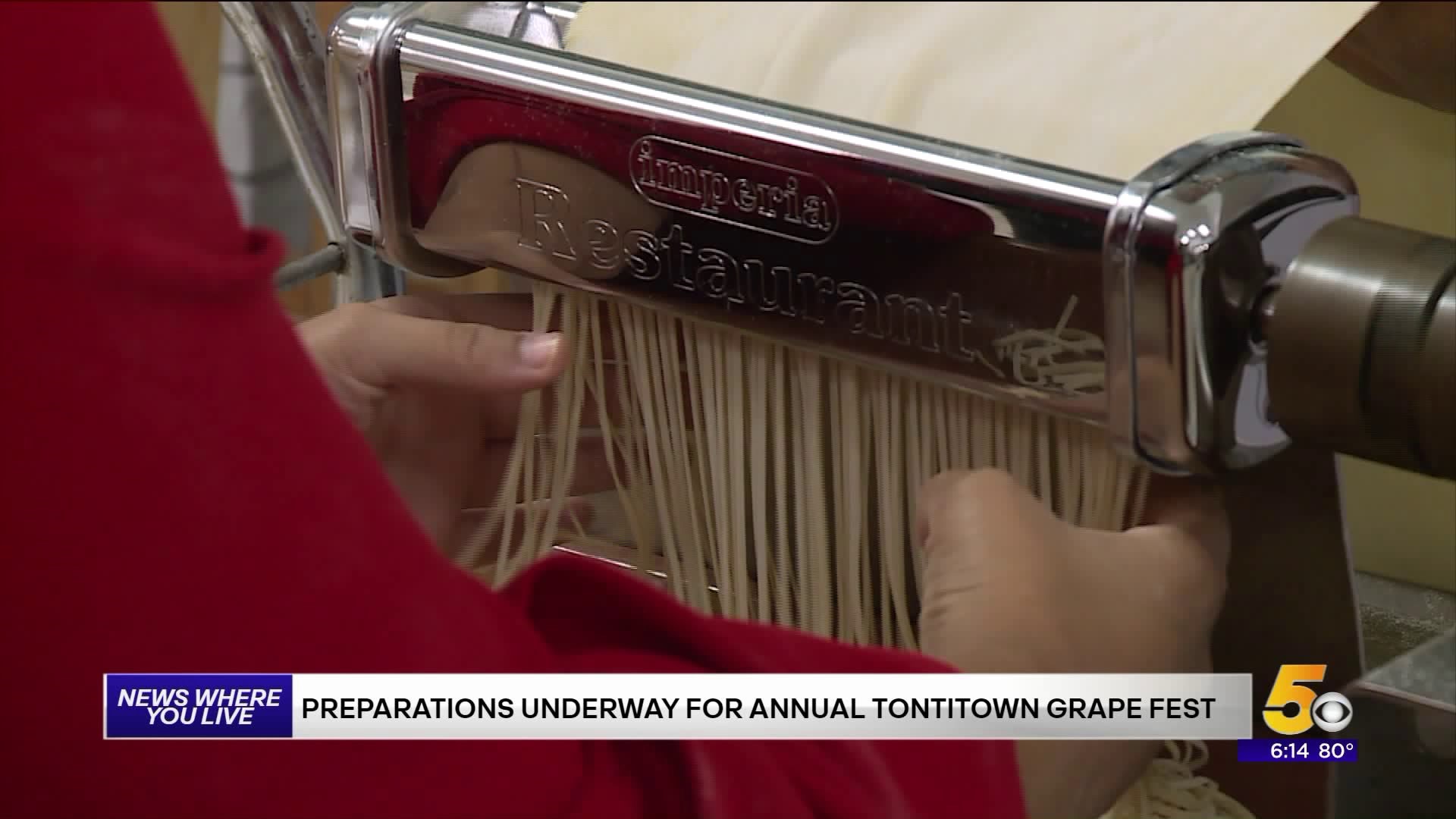 Tontitown, Ark. (KFSM) — We are three weeks away from the start of a more than 120-year tradition - the Tontitown Grape Festival. Preparation started Monday (July 15) for the unforgettable spaghetti dinners.

Every year families come together to start preparing for the annual Grape Festival. They start by making pasta.

People like Marjie Ceola have been doing this for more than 60 years.

"When I married my husband, he's the Italian I'm not, and it's just what you did. At that time, I was turning it by hand the rolls. I've done it all," Ceola said.

It all starts with about 20-thousand eggs and tons of flour. After that gets done mixing, together the dough is rolled out and cut.

"The formula is the same. How many eggs they mix, how many pounds of flour, so the formula is always the same," Ceola told 5NEWS.

Things are easier now then they were when the festival first started in 1898. Ryan Pianatlo, whose family have been a part of the tradition since the very beginning, says it's all for a good cause.

"The number one reason we do it is for our church. St. Joseph's Catholic Church in Tontitown. This is our number one fundraiser for the year. Everybody comes together, we make these pasta dinners, and we sell them during our festival," Pianatlo said.

It's a lot of hard work making the pasta. The dough has to go through a machine three times before the right thickness is achieved. Then another device creates the strings, which are laid on a rack to dry.