POTEAU (KFSM)– A 2-year-old alerted her family of a fire in their home when she was in flames. Although she was burning, she helped save everyone in the h... 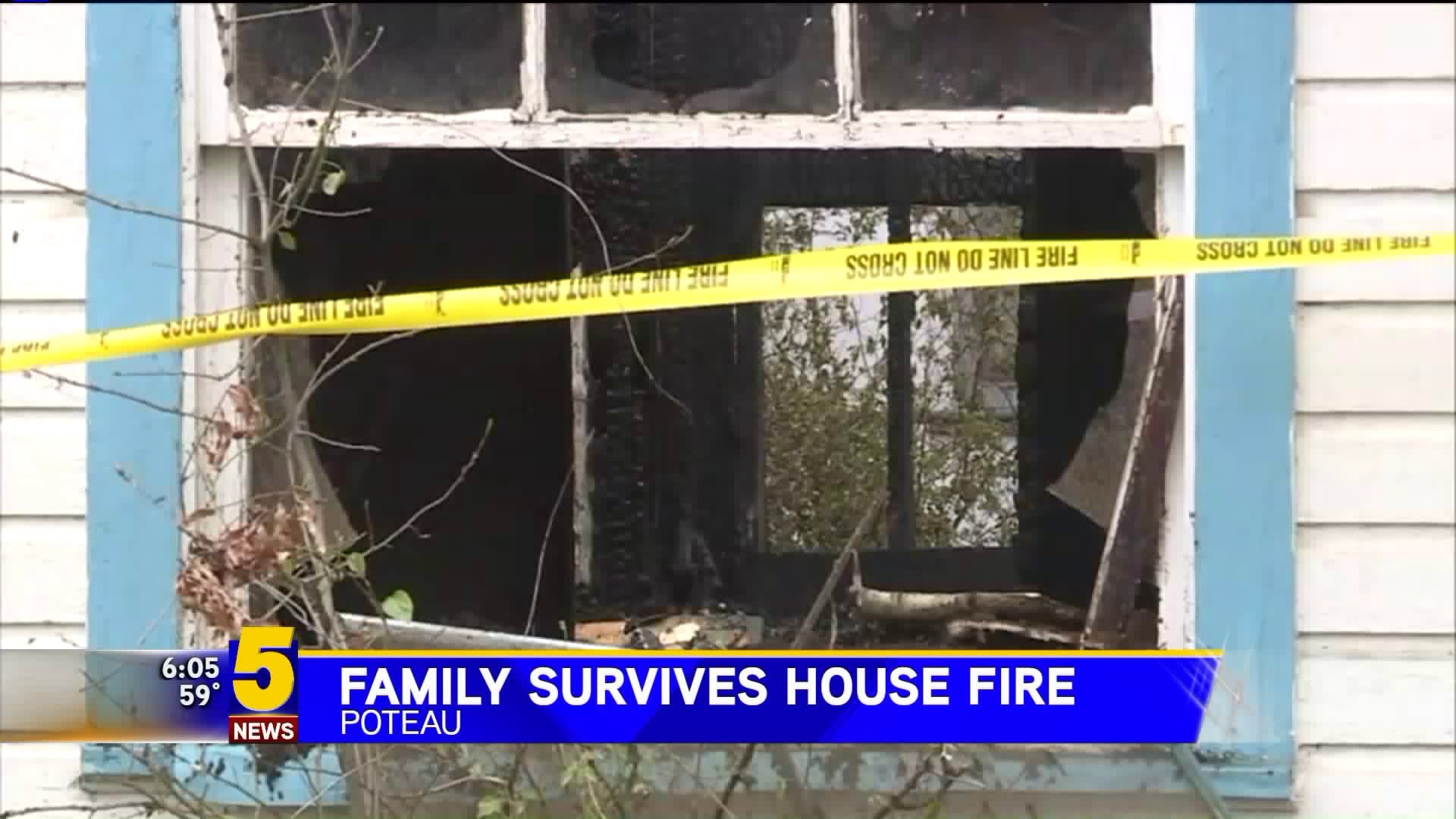 POTEAU (KFSM)-- A 2-year-old alerted her family of a fire in their home when she was in flames. Although she was burning, she helped save everyone in the home.

Toddler, Cota Samuel, was the only one awake when her house caught fire Thursday morning (March 5).

Cota's mother, Angela Collier, said she woke up to Cota on fire.

"My sister comes in and kind of hollering at us to wake up," Angela Collier said. "I looked over and Cota was already in flames and I grabbed the shirt off of her, (and) took off running outside with them."

Collier's other daughter, sister and niece were also in the home. All five were able to make it out safely.

"Barefooted and in their pajamas, a good samaritan took them to the hospital," Angela's father, David Collier said.

The family was evaluated and and has since been released from the hospital. Cota was the only one that was hurt. She suffered burns on her arm and will need to have physical therapy.

"I was born here in 1968 and my whole life memories are here," David Collier said. "It`s all gone here .I looked through one of the windows and there`s nothing."

Everything was destroyed in the fire, but he said he's thankful everyone is okay.

"If it wasn`t for that two-year-old baby, they couldn`t have made it out alive," David Collier said. "Any of them."

The family is now asking the community for thoughts and prayers and hoping to be able to move on from this.

"Anything," Angela Collier said. "I mean, everything was in the house. Anything will help."

The Poteau Fire Chief said the cause of the fire is under investigation. He said preliminary findings point toward an electric box in the home, but an exact cause will not be determined until the investigation is complete.

An account has been set up at Arvest Bank for the family under the name Angela Collier.

The clothing and shoe sizes for the family are listed below for donations: