(KFSM) — Today (March 11) is the last day to vote in the special elections in Fort Smith and Benton County that would increase taxes temporarily for special pro... 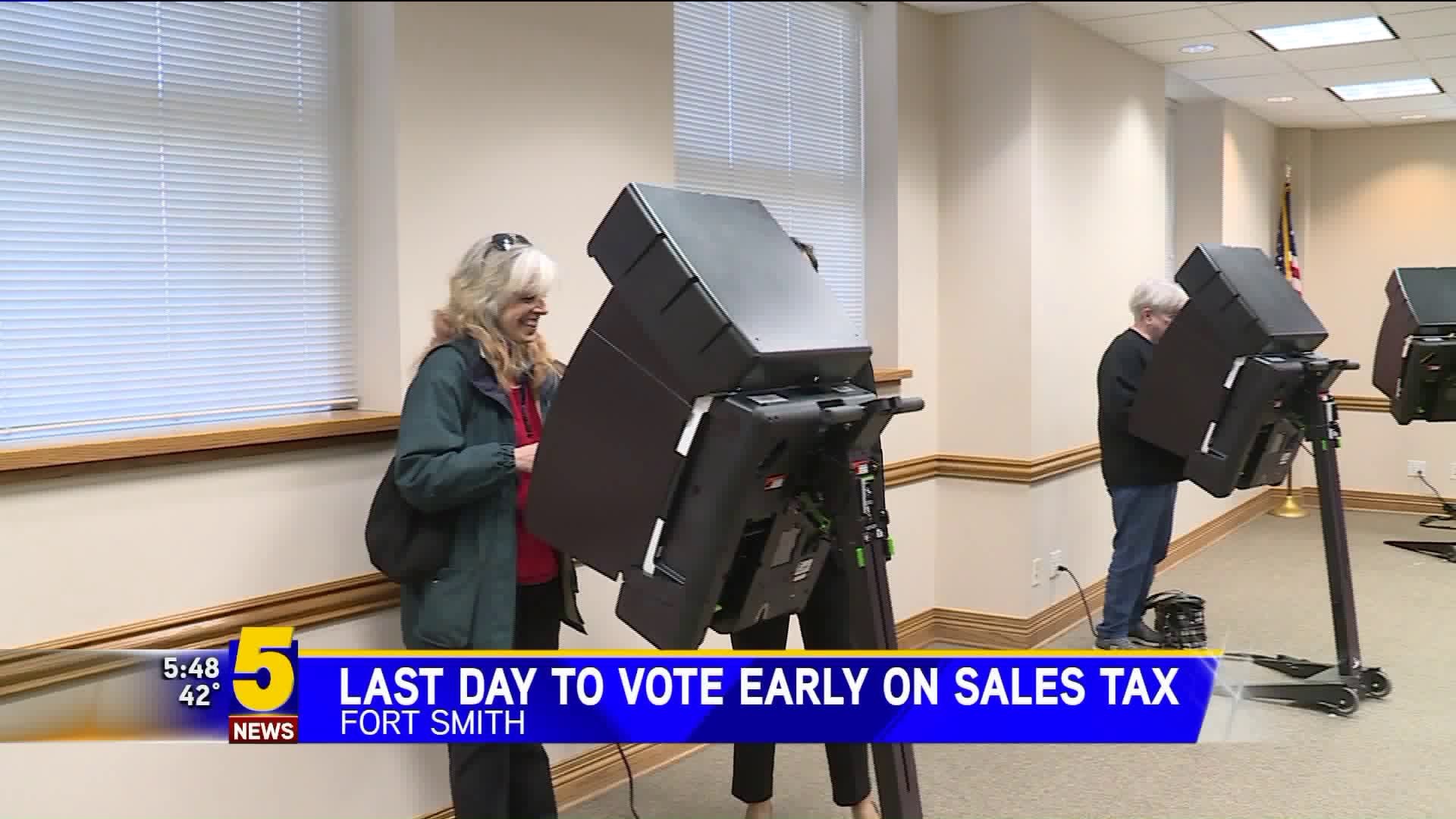 (KFSM) — Today (March 11) is the last day to vote in the special elections in Fort Smith and Benton County that would increase taxes temporarily for special projects.

In Fort Smith, people still have today to vote early ahead of Tuesday's (March 12) special election on a temporary one-cent sales tax to help fund construction of the U.S. Marshals Museum.

If approved, the tax would begin in July and run through next March (2020), when it would end.

Some people in Fort Smith have expressed concerns about the potential impact of the proposed sales tax, which would not only affect what's purchased in stores, but utility bills as well.

A spokesman for the U.S. Marshals Museum Foundation said the tax would generate $15 million to $16 million over the nine-month period.

In Benton County, voters will decide on funding for a new court facility in downtown Bentonville.

The county is asking people to approve a ⅛-cent sales tax increase that would end after 4½ years.

The money would pay for a new courts building on Northeast Second Street across from the current Benton County Courthouse on the Bentonville Square.

The $35 million project will be funded primarily by the sales tax, but the Walton Family Foundation donated more than a million dollars to the project as long as the facility's location was tied to downtown.

Detractors have said the courthouse would be better located — and more affordable — if it was built on Southeast 14th Street near the county jail.

Early voting sites are listed below: