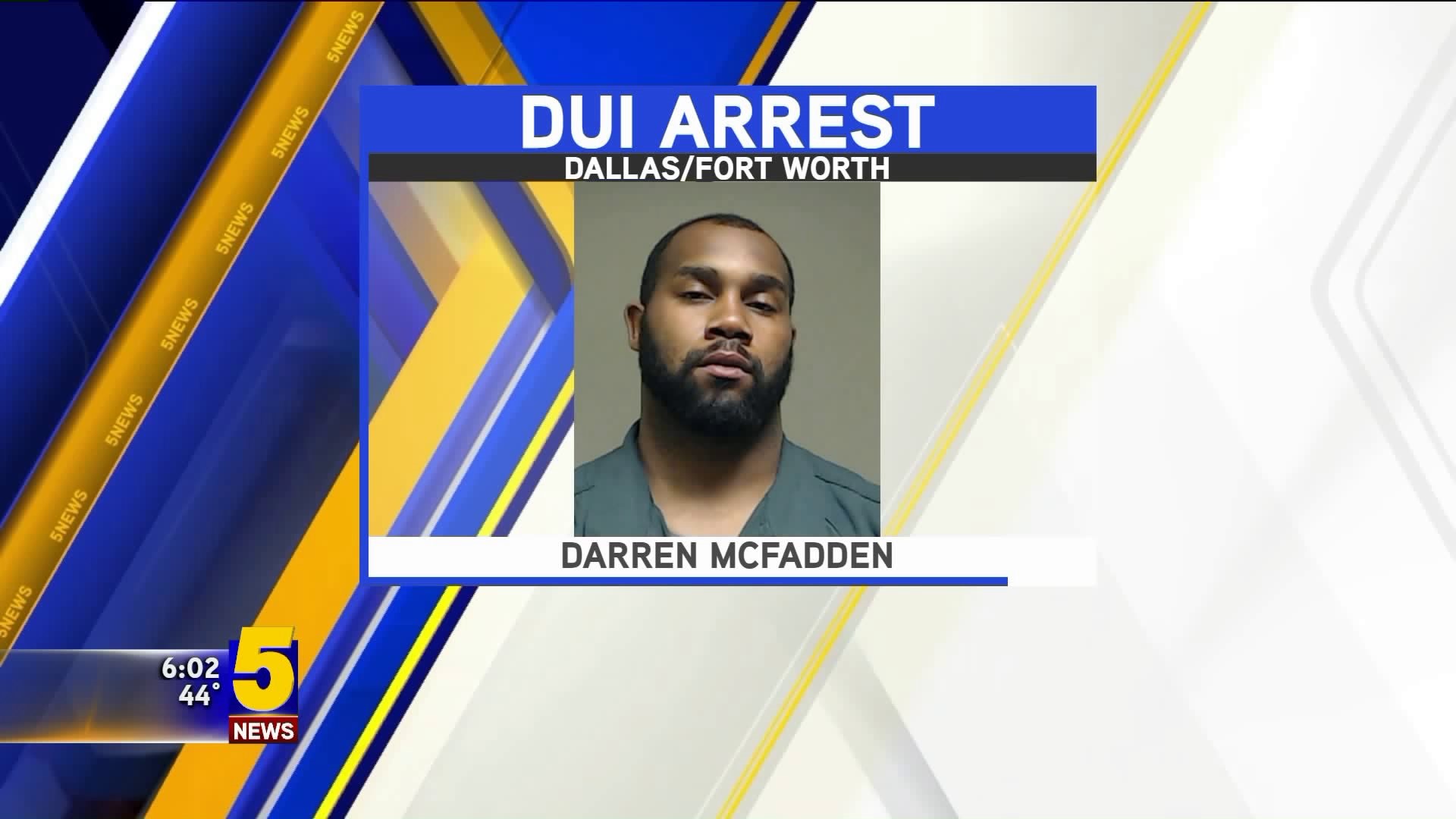 McKINNEY, Texas (KFSM) -- Former Arkansas and Dallas Cowboys running back Darren McFadden was reportedly arrested for driving drunk at a Texas Whataburger, according to our affilate CBS 11 out of Dallas.

The tabloid website TMZ first broke the story on Monday (Jan. 21) reporting that McFadden, 31, was asleep around midnight behind the wheel of a 2019 GMC Yukon in the drive-thru at the Whataburger on West University Drive.

CBS 11 says that McFadden resisted officers during the arrest, and it's being reported that his drivers side and passenger windows were smashed during the incident.

McFadden is free on a $2,000 bond and faces charges of DWI and resisting arrest, according to Collin County jail records.

Earlier this month, McFadden was announced as an inductee for the 2019 National Football Foundation’s College Football Hall of Fame.

A two-time runner-up for the Heisman Trophy, McFadden was the 2007 Player of the Year by the Walter Camp Foundation and The Sporting News.

He had 25 first-team All-America honors (six Freshman All-American selections), won the Doak Walker Award twice and is a two-time SEC Offensive Player of the Year.

He is the only Razorback in program history to win multiple national awards in his career.

McFadden ranked second on the SEC career rushing list with 4,590 yards and averaged 120.8 yards per game during his three years with the Razorbacks, third-best in the history of the league.

He rushed for 100 yards or more a school-record 22 times, and is one of only three players in SEC history to rush for 1,000 yards in each of his freshman, sophomore and junior seasons.

His 321 yards vs. South Carolina in 2007 remains tied for the SEC record for rushing yards in a game.

He capped his Arkansas campaign with 41 rushing touchdowns, good for second-most in school history.

McFadden was drafted with the fourth overall pick in the 2008 NFL Draft. He played seven seasons with the Oakland Raiders and later signed with Dallas, where he played until 2017.