WASHINGTON COUNTY (KFSM)– A little over a year after doctors said a Washington County girl would require long term care, that same girl is walking and pla... 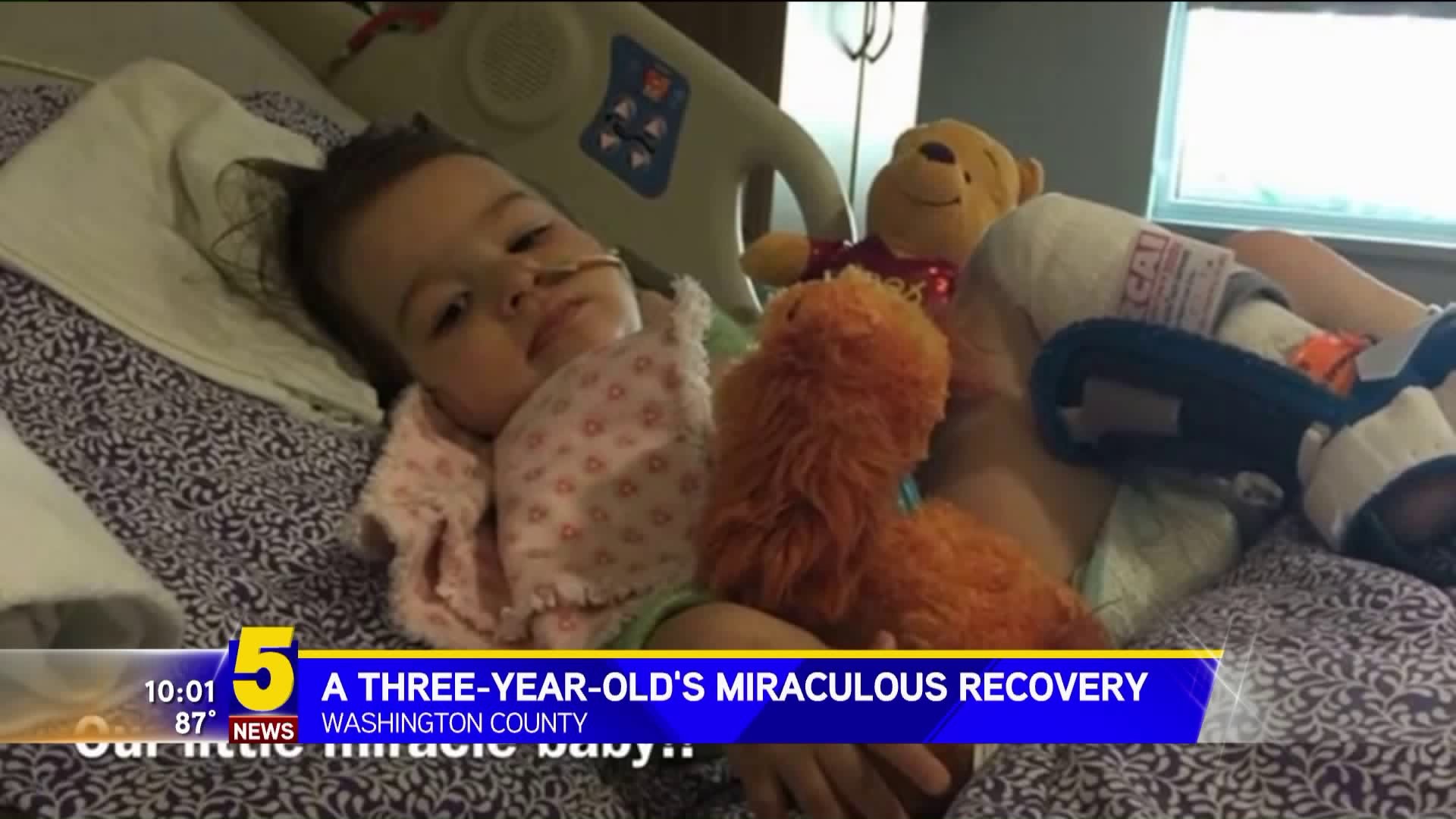 WASHINGTON COUNTY (KFSM)-- A little over a year after doctors said a Washington County girl would require long term care, that same girl is walking and playing like any other 3 year old.

Eden Carlson was found unresponsive in her family's pool on Feb. 29, 2016.

She did not have a heart beat for almost two hours.

But, doctors never gave up and were able to bring the then 23-month-old girl back to life.

Her mother, Kristal Carlson, said they were told nothing could be done to help their daughter because she suffered severe brain damage.

“I could not just sit back and wait and see," Carlson said. "We were devastated that she was in that state. We wanted her so much to recover and we started to look at different alternative methods that had been used to help people who had suffered from brain injuries.”

Their search led them to Dr. Paul Harch in New Orleans and his hyberbaric oxygen therapy.

Kristal said before they left for Eden's first therapy session, the doctor told them to give her some oxygen on their own.

When they did, Kristal said there was an immediate change in her daughter.

Eden was able to lift up her head, smile and even say momma.

After weeks of worry and horror, the Carlson's were filled with hope.

Kristal said she knew in her heart that Eden would recover and have a better quality of life than what others said.

After about two months of therapy, Eden began to recover.

She started to walk with some help, she could talk and she even remembers everything before her accident.

For Kristal, there was one moment when she knew that her daughter would be a normal little girl.

She explained her daughter is maybe the first known case of anyone to recover white and grey matter after suffering so much brain damage.

Kristal thinks part of her daughter's recovery has to do with how young she is and how quickly she received treatment after her accident.

The last year has been filled with unforgettable memories for the Carlson family, some good and some bad.

Kristal said she will never forget seeing her daughter in the pool or seeing her lying in a hospital bed with tubes connected to her.

“But I’ll also never forget the miracles and the way that she came back from all of it," Kristal said. "The way she survived, she’s a fighter we’ll never forget that either.”

Eden will continue to travel to New Orleans with her mother for treatment as long as it continues to help her recovery.