Three family members were arrested Saturday (Aug. 31) in a drug bust in Bella Vista, officials said. They were released on bond from the Benton County Jail Mond... 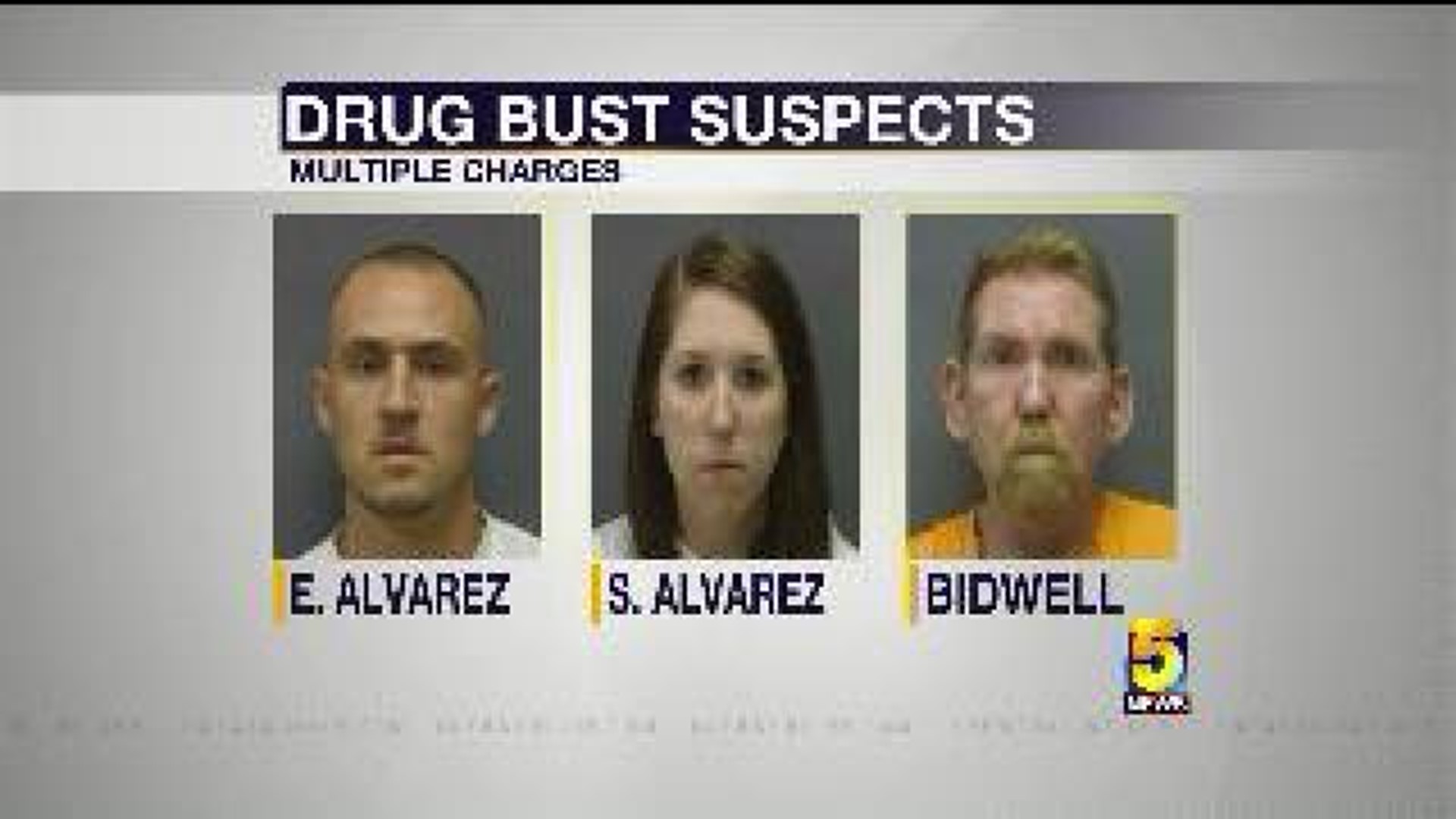 Three family members were arrested Saturday (Aug. 31) in a drug bust in Bella Vista, officials said. They were released on bond from the Benton County Jail Monday (Sept. 2).

Those arrested are Eliseo and Sarah Alvarez, both 24,  and Michael Bidwell, 52, according to a news release from the Benton County Sheriff's Office. All three are in the Benton County Jail and are currently being held without bond after being booked.

The Alvarezes are married and Bidwell is Sarah Alvarez's father, officers said. The Alvarezes have a young child who was handed over to the Department of Human Services.

Amanda Hazelbaker lives on the same road as the Alavarezes and she said they were always nice to her family.

"We never felt threatened by them at all," Hazelbaker said. "They really didn't have a lot of traffic."

Deputy Keshia Guyll of the Benton County Sheriff's Office said the warrant was served shortly after noon Saturday after the house had been under surveillance for some time.

Hazelbaker said she witnessed law enforcement in her neighborhood for several days.

The three face charges of possession of a controlled substance, simultaneous possession of drugs and firearms, possession of drug paraphernalia, and endangering the welfare of a minor, the news release states. The Sheriff's Office did not give details about the minor's age or gender.

Hazelbaker said it's a calm place to live and she didn't notice any suspicious behavior.

"It's kind of a quiet neighborhood, typically," Hazelbaker said.