Marching bands from all over the area met at Alma High School Tuesday (Oct. 17) for the Region Eight Marching Assessment. More than 2,000 students from dozens o... 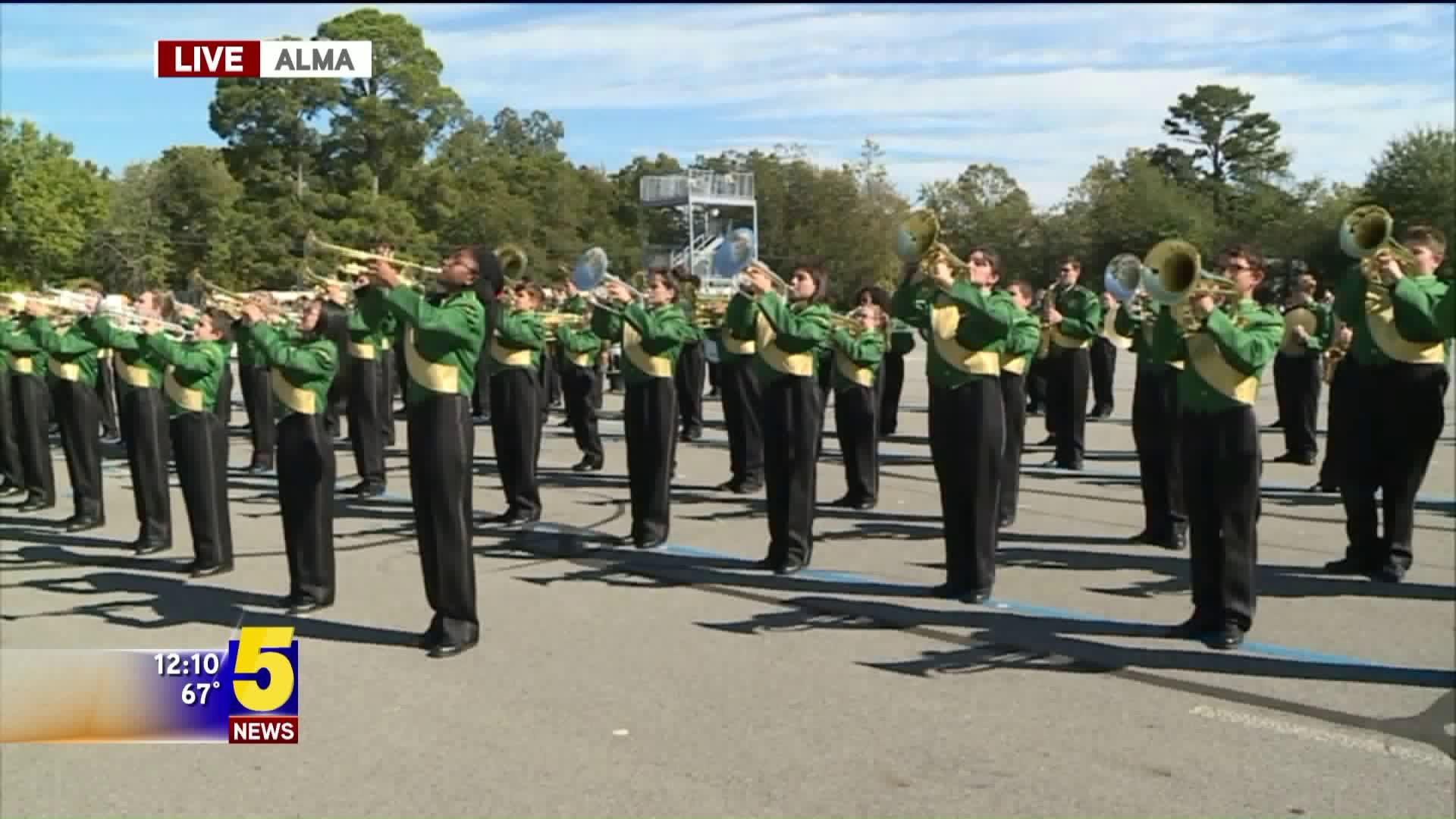 Marching bands from all over the area met at Alma High School Tuesday (Oct. 17) for the Region Eight Marching Assessment.

More than 2,000 students from dozens of schools gathered at the assessment including Rogers, Har-Ber, Alma and Russellville High Schools and Chaffin Junior High School.

It was a chance for the bands to show off their skills and what they've worked on during halftime shows so far this fall season and during the past summer.

"It makes you feel really good because you actually accomplished something you are always hard at work- memorizing your music, playing your instrument- and today you feel relieved and awesome that you've actually done it," said Christian Smitherman, student at Chaffin Junior High School.

Three judges scored the bands on their performances. Trophies were awarded to those who places in first and second divisions.

"It's judged on what you do and there's a rating system that is... judged from one to a five, first division to a fifth division, (and) first division being the best you can achieve... it's not really band versus band," said David Townsend, band director of Alma High School.

Anyone interested in watching the bands is encouraged to go to Alma High School. They will be performing until 8 p.m.