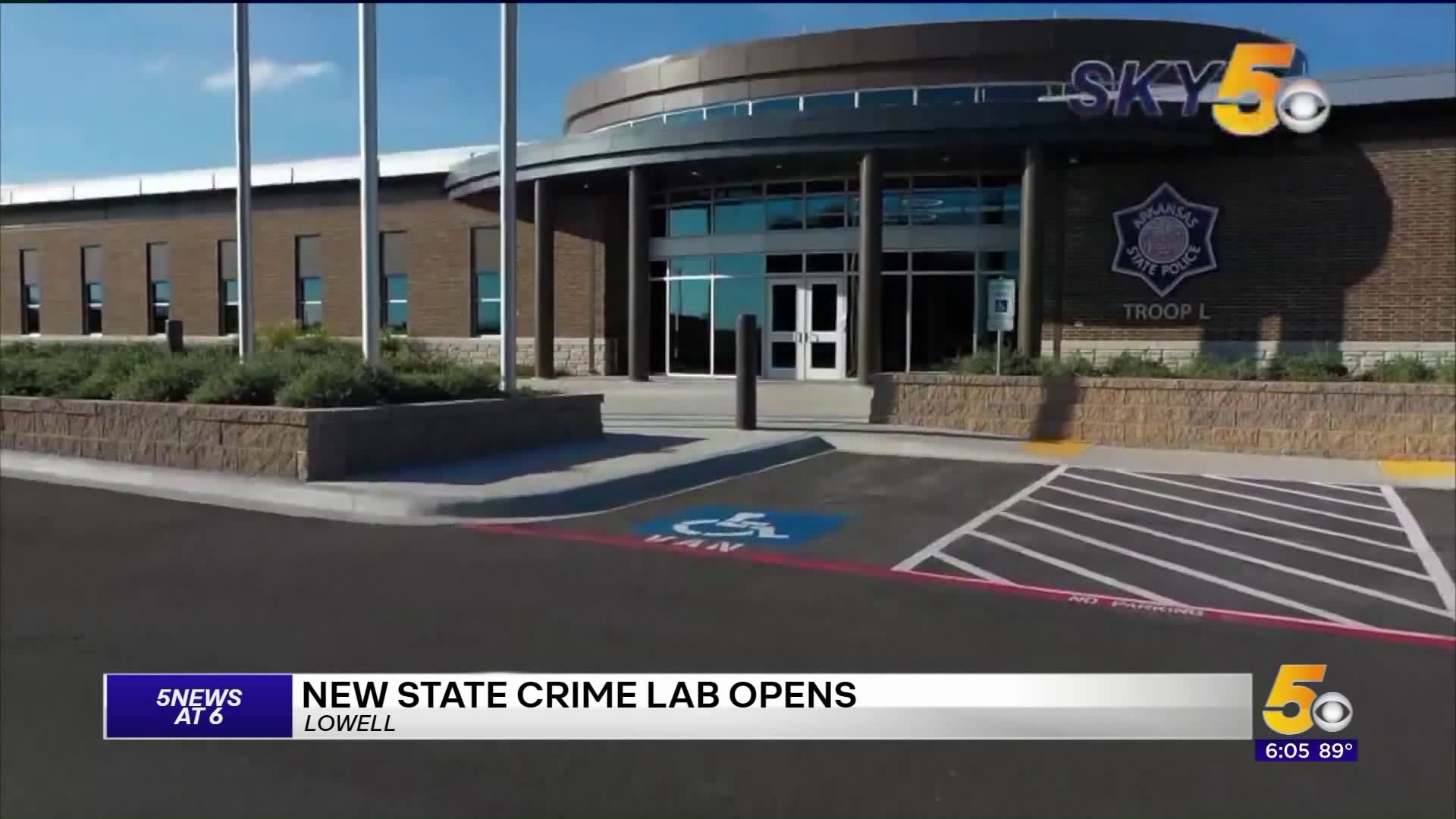 Local law enforcement and prosecutors say the new crime lab will make their jobs more streamline all while helping out the public at the same time.

With the doors now open on the third crime lab in the state, relief should come to a large amount of evidence backed up in Little Rock.

"I think if the state hadn’t done this that problem would have only gotten worse," said Nathan Smith, Benton County Prosecuting Attorney.

Smith says the new state crime lab in Northwest Arkansas will not only help police departments but will help his office work more efficiently as well.

"I think it will inevitably make disposition of cases in the court more efficient and it will also allow law enforcement agencies to make better use of their time," Smith said.

Before the Lowell crime lab opened, area law enforcement agencies would have to spend the day driving to and from Little Rock to deliver evidence for testing.

"They are going to have more of their officers in their cities patrolling their streets than they are driving back and forth on the interstate and that’s where they want them to be in the first place," Smith said.

Sgt. Anthony Murphy with the Fayetteville Police Department says aside from cutting down on time spent driving, the new lab will help the citizens in the long run.

"That will just speed up the process of either re-adjudicating the case or making an arrest in the case possible so that helps the police department, and the public in general you know to get these cases expedited and get the evidence analyzed," Murphy said.

Currently, the Lowell crime lab will handle drug and toxicology testing. According to State Crime Lab Director Kermit Channell, 36% of all those types of cases come from the Northwest Arkansas region.

Even though the Lowell location is not taking all types of cases, Smith says it will be a huge benefit.

"The vast majority of the work most agencies do, a huge percentage of that really relates to substance abuse and narcotic investigations," Smith said.

According to state crime lab officials, they receive about 23,000 drug cases into their laboratory system each year.

The Lowell crime lab was originally set to open in July 2019 and is also under the same roof as the Arkansas State Police Troop L Headquarters.